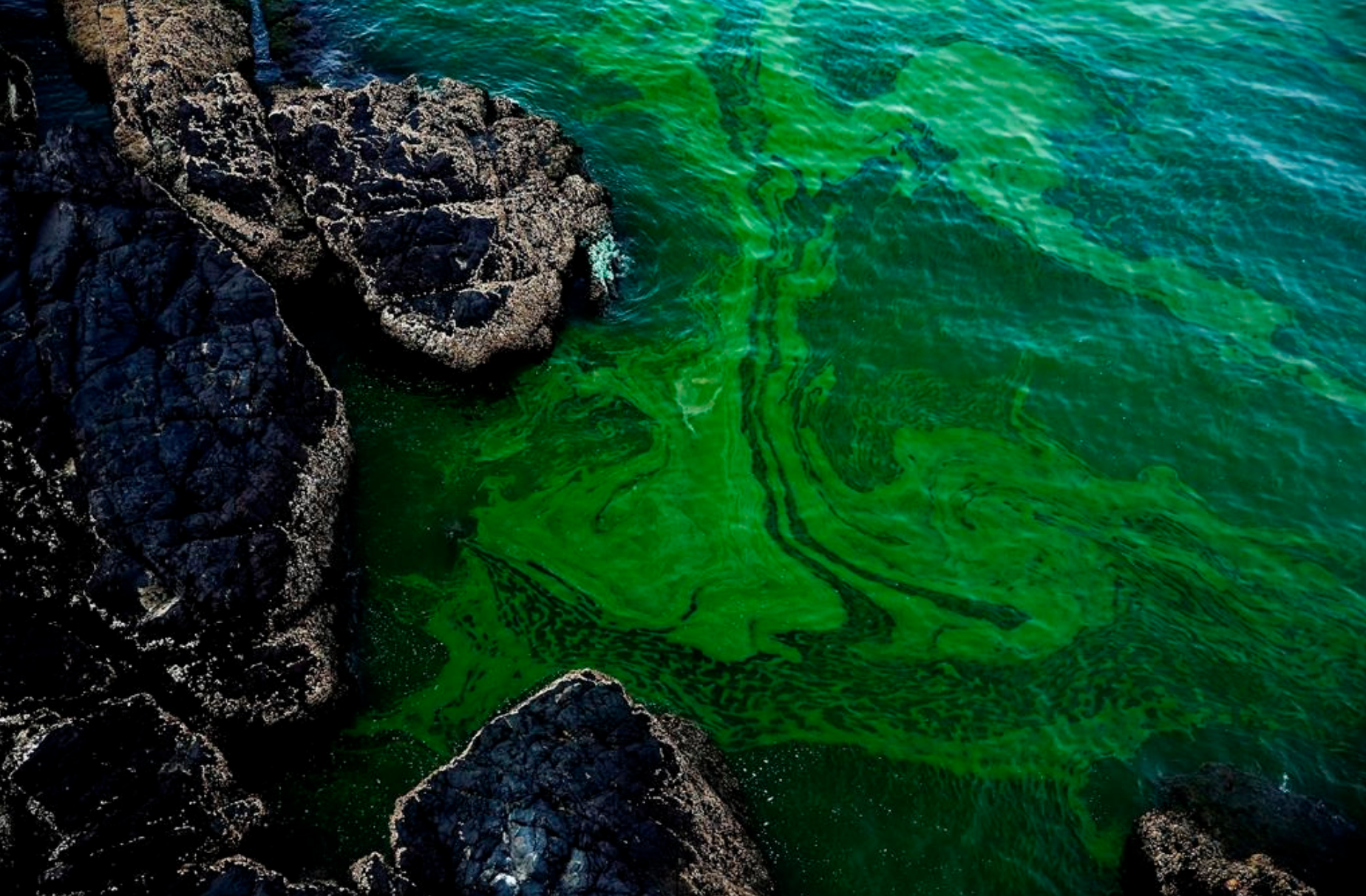 A growing algae bloom in the Arabian Sea is being attributed to climate change. File photo by The Associated Press
Previous story
Next story

Three years after toxic algae in Lake Erie tainted the drinking water for more than 400,000 people, many are still leery about what's coming out of their faucets.

Some have taken to stockpiling bottled water in the summer months when algae blooms blanket the western end in the shallowest of the Great Lakes.

Store shelves were emptied of bottled water a week ago when algae pushed into a river that flows through downtown Toledo into the lake, turning the river fluorescent green and sparking rumours that another "do not drink" advisory was looming.

It wasn't the first time there's been a run on bottled water even though there have been no water warnings since the first one in 2014.

Toledo's mayor has asked President Donald Trump for help from the federal government in cleaning up the lake and wants the U.S. Environmental Protection Agency to declare the western end impaired, which would allow for increased pollution regulations.

"There is something very wrong with our country when our rivers and lakes turn green," Mayor Paula Hicks-Hudson wrote in a letter sent to Trump last week. "As I look out my office at a green river, I can tell you one thing: the status quo is not working."

A message seeking comment on the letter was left with the White House.

Scientists largely blame farm fertilizer runoff and municipal sewage overflows for feeding the algae growth. While there are a number of efforts to tackle the problem, it won't be solved for years.

This year's algae bloom has stretched along the shores of Ohio, Michigan and Ontario and will be among the largest in recent years. The 2015 bloom was the largest on record, covering an area the size of New York City.

The uncertainty some still have about the Toledo's drinking water, the mayor said in an interview Wednesday, shows there's a general mistrust about what some hear from government leaders and how easily rumours spread.

She pointed to the water crisis in Flint, Michigan, and how residents there were told the water was safe for months despite dangerous lead levels.

"We're going to do what we can to regain their trust," said Hicks-Hudson, a Democrat who's up for re-election in November. "That's all we can do."

She said she has spent many hours talking with residents and reassuring them the water is safe. "Some will give me a suspicious look," she said.

The tap water, she said, is tested daily and more often than the state requires. The city also has invested in upgrading its treatment plant and there's an early warning system in the lake to notify the plant's operators when toxic algae is increasing.

The city also has created a site that shows the daily tests on raw and treated water. But that's not enough for some.

Tammie Nixon, of Toledo, said her family hasn't drunk the city's water since officials issued a "do not drink" for two days in September 2014. She was pregnant at the time and now also has a 3-month-old.

"Definitely not with the kids," she said while loading jugs of milk and water into her car at the grocery. "It's kind of scary. There's only so much you can filter out."