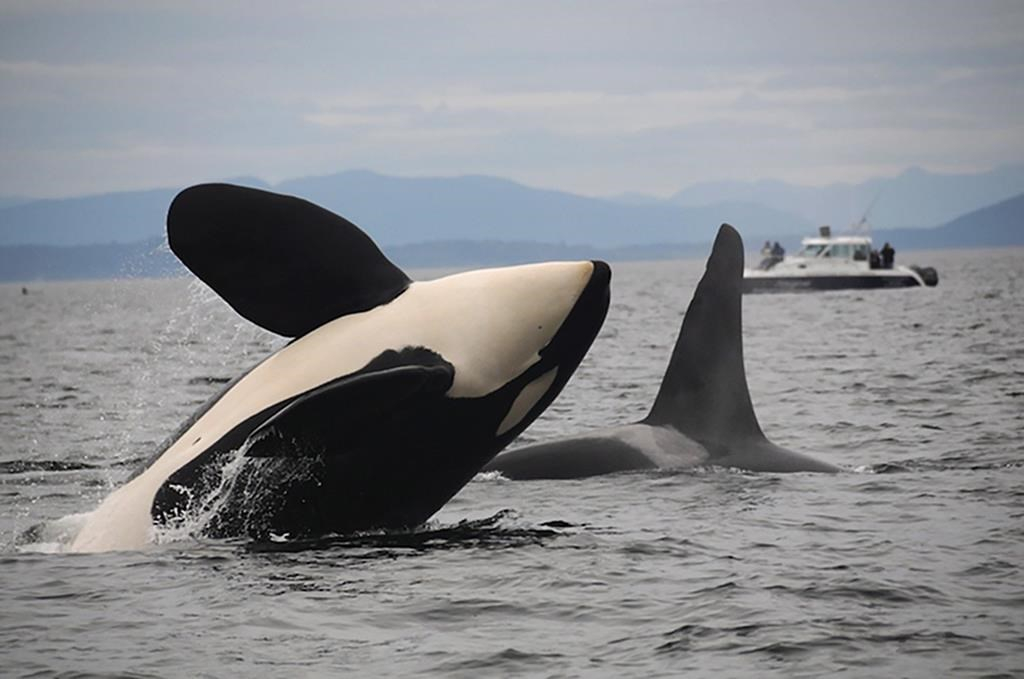 When Lynne Barre feels discouraged about the recovery effort of the southern residents killer whale population, she calls her colleague who does a school program about the orcas to see if she can sit in on a class.

The children are well informed about the whales, said Barre, who is the recovery co-ordinator for southern resident killer whales with the U.S. National Oceanic and Atmospheric Administration, or NOAA.

"They know what extinction means and they really care. That's really inspiring."

The latest endeavour for the recovery effort of the whales — listed as endangered in the United States and species at risk in Canada — comes this week to Vancouver where scientists, industry, Indigenous groups, government officials and others meet Oct. 11-12 in a symposium looking for solutions.

The symposium is being held as part of the federal government's Oceans Protection Plan that was announced last November.

The last census for southern residents completed in July showed there were just 77 in the three pods that make up the population. Barre said that figure could be even smaller because a young male disappeared recently from J pod after he was spotted by a drone looking very skinny.

She said there are three key areas to focus on for the whale's recovery: their prey, chemical contaminants and vessel disturbances.

Southern residents and their northern resident cousins are unique because their diet consists mainly of chinook salmon. The whales live long and their bodies store chemicals such as DDT that has long been banned from use.

NOAA has been encouraging Canada to adopt similar regulations as those in the U.S. that protect the whales from vessel noise or strikes, Barre said.

Watching the killer whales has spawned a lucrative tourism industry in the waters off B.C. and Washington state.

The American government brought in regulations in 2011 stopping vessels from going within 200 yards, or 182 metres, from the whales. Vessels aren't allowed to go in the path of the whales or try to intercept them.

"We've found that it has benefited the whales and it hasn't had an economic impact on the whale-watching industry," Barre said.

Canada proposed similar regulations five years ago, but they haven't yet been passed. Under the current guidelines, a person can still be charged for disturbing a whale, but the burden of proof for any allegations is on the Department of Fisheries.

Barre said she believes both countries should align their regulations.

"I think it would help with protection of the whales, it would make education messages to boaters much simpler and I think we could improve compliance with trans-boundry regulations that were similar."

Noise from ships, especially the smaller, fast-moving vessels, seems to interfere with the whales echolocation which helps them hunt and navigate, she said.

"These are acoustic animals and they use sound to find their food."

No one from the Transport Canada or the Department of Fisheries and Oceans was available to comment on the regulatory changes.

The Vancouver Port Authority launched a vessel slowdown trial over the summer in at the south end of Vancouver Island in the Haro Straight — the summer feeding ground for southern residents. The goal was to better understand the relationship between vessel speed, underwater noise and their effects on killer whales.

Underwater microphones were set up and ships were asked to cut their speed.

Barre said she'll be interested to learn about the findings of the study.

While experts have been studying these whales for decades, she said there are still some gaps in knowledge.

She said suction cups with acoustic tags attached to the whales have led researchers to determine that the noise from boats and other sounds are affecting their foraging behaviour. Drones have also been used to fly over and assess the health of the whales.

The population of the pods has hovered around 80 animals over the last few decades, but Barre remains is optimistic for the whales' recovery.

"I'm hopeful because they have shown their ability to be resilient in the past. We did live captures of these animals for public display back in the 1960s and 1970s, following that, they had a long, demonstrated population increase. That was encouraging reaching close to 100 whales."