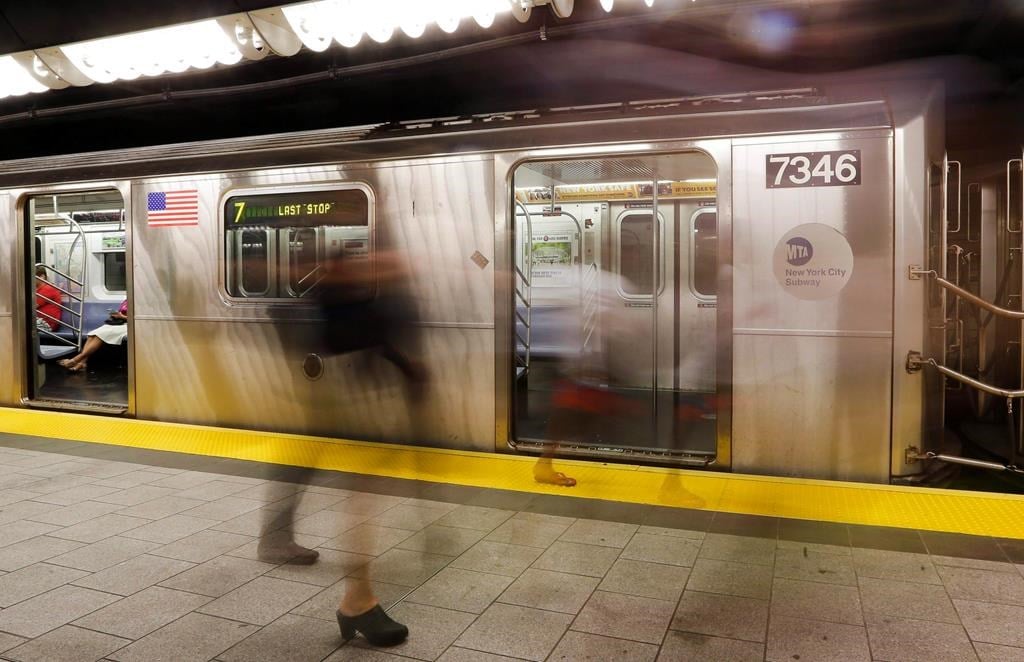 Letters from defence lawyers and a New York prosecutor filed with an American court show Abdulrahman El Bahnasawy, of Mississauga, Ont., suffered a relapse in prison and tested positive for a prescription drug used in opioid-addiction treatments, a finding that led to the loss of family visitations for seven months.

The letters also said a psychiatrist and a psychologist visited the 19-year-old in prison, but details related to both his drug addiction and his mental health issues are redacted.

"He has a long history of drug use, drug treatment, and relapse," his lawyers, Sabrina Shroff and Clay Kaminsky, wrote in a letter to Judge Richard Berman as they argued for the court to restore his family visits.

The lawyers noted that El Bahnasawy's family had travelled frequently from Ontario to New York to visit him at the Metropolitan Correctional Center in Manhattan until his visits were halted after a disciplinary hearing on Nov. 22, 2016.

The defence team also painted a picture of a lonely teen.

Save for an unspecified amount of time spent in an inpatient drug treatment program, his lawyers said the teen lived with his parents, Osama El Bahnasawy, Khadiga Metwally, and his older sister, Basma El Bahnasawy, for his entire life.

"He has no friends outside of his close-knit family," the lawyers wrote.

Abdulrahman El Bahnasawy was born in Canada and spent much of his time in the country, but lived a few years in Kuwait, according to a transcript recently unsealed by the court. He told a judge he never finished Grade 11 in Canada.

On Friday, officials in the U.S. released details of El Bahnasawy's guilty plea to multiple terrorism-related charges, which was heard by a New York court last October. The records were sealed as federal agents worried about tipping their hand to two other suspects who were outside the country.

Despite the various allusions to mental health issues in court documents, El Bahnasawy told a judge he felt well mentally and physically when he pleaded guilty. The judge deemed him mentally competent to enter the plea.

In late August, his lawyers argued for more time to prepare for sentencing, saying a psychiatrist and a clinical psychologist "need more time for their work with Mr. El Bahnasawy to be helpful and meaningful to the court."

"Mr. El Bahnasawy himself needs time for his condition to continue improving so that he can fully participate in his presentence interview and sentencing," his lawyers wrote to judge on Aug. 25.

Details about both experts' dealings with El Bahnasawy are redacted.

El Bahnasawy is scheduled to be sentenced in December.

U.S. authorities allege he and the two others accused in the case communicated through Internet messaging applications, allegedly plotting to carry out bombing and shootings in heavily populated areas of New York City during the Islamic holy month of Ramadan in 2016.

El Bahnasawy was communicating with an undercover FBI agent posing as an ISIS supporter and declared his allegiance to the terror group, court documents said.

He had shipped hydrogen peroxide for the construction of homemade explosives to the United States and had entered the country with his family on May 21, 2016, where he planned to meet up with the undercover agent to carry out the attacks. He was arrested that day.

The other two accused are identified as Talha Haroon, a 19-year-old U.S. citizen residing in Pakistan, and Russell Salic, 37, from the Philippines.