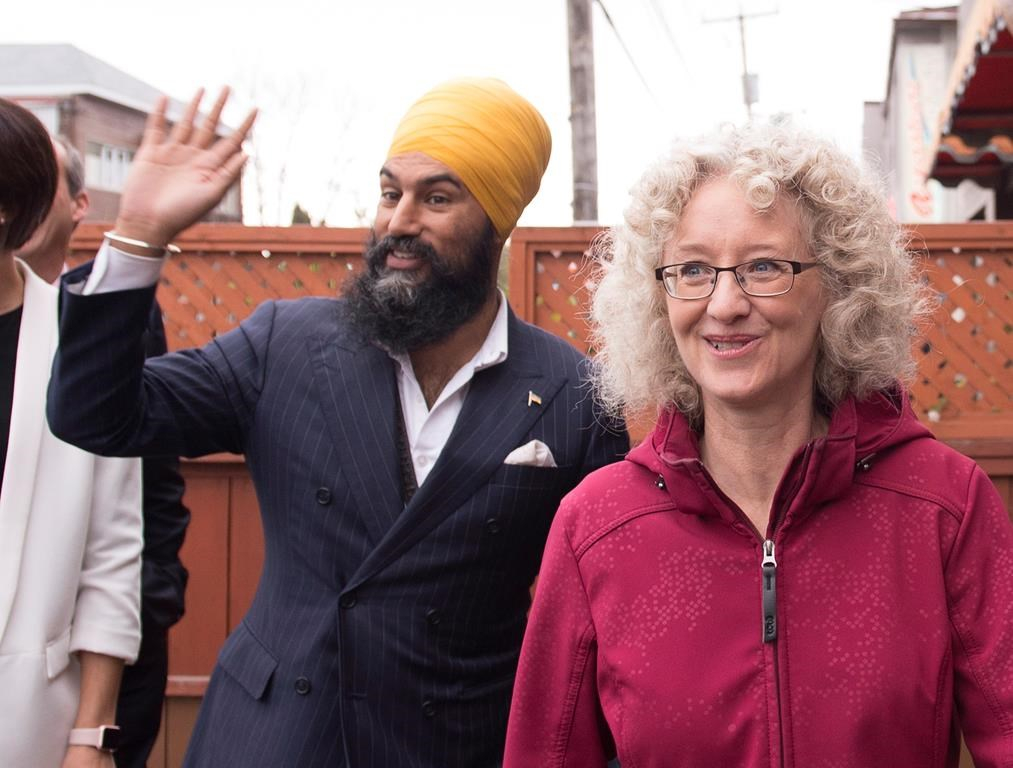 NDP Leader Jagmeet Singh, left, waves as he arrives for a news conference during a campaign visit for local candidate Gisele Dallaire on Tuesday, Oct. 10, 2017 in Alma Quebec. The Canadian Press/Jacques Boissinot
Previous story
Next story

NDP Leader Jagmeet Singh says he's not interested in getting Quebecers to accept his beard or turban but is more interested in having them share his political values.

Singh, who recently won the NDP leadership, has been dogged by questions over his electability in Quebec due to his religious headwear.

A practising Sikh, Singh wears a turban in public to cover his hair.

"I don't want to convince people to accept my turban or my beard — that's not my goal," he told reporters in Alma, about 250 kilometres north of Quebec City.

"My goal is to show that I share the same progressive, social-democratic values."

A recent poll indicated one out of two Quebecers wouldn't vote for someone who wore a turban.

Singh arrived in Alma on Monday night to support his candidate, Gisele Dallaire, in an Oct. 23 byelection in the Lac-Saint-Jean riding

The trip to the region is his first to the province outside of Montreal.

He did not go unnoticed.

"Look at the turban!" one citizen said in a restaurant as Singh strolled on the sidewalk outside, followed by a gaggle of journalists.

Singh spent Tuesday touring businesses and organizations in the region and met voters in a shopping centre.

Other federal party leaders are expected to visit the Quebec riding in the coming days: Bloc Quebecois Leader Martine Ouellet and Conservative Leader Andrew Scheer will visit the riding later this week, while Prime Minister Justin Trudeau is expected sometime next week.

Lac-Saint-Jean was held by former Conservative Denis Lebel, who defeated Dallaire in 2015.

Voters will also go to the polls in Alberta on Oct. 23 to replace former Conservative interim leader Rona Ambrose in Sturgeon River-Parkland.