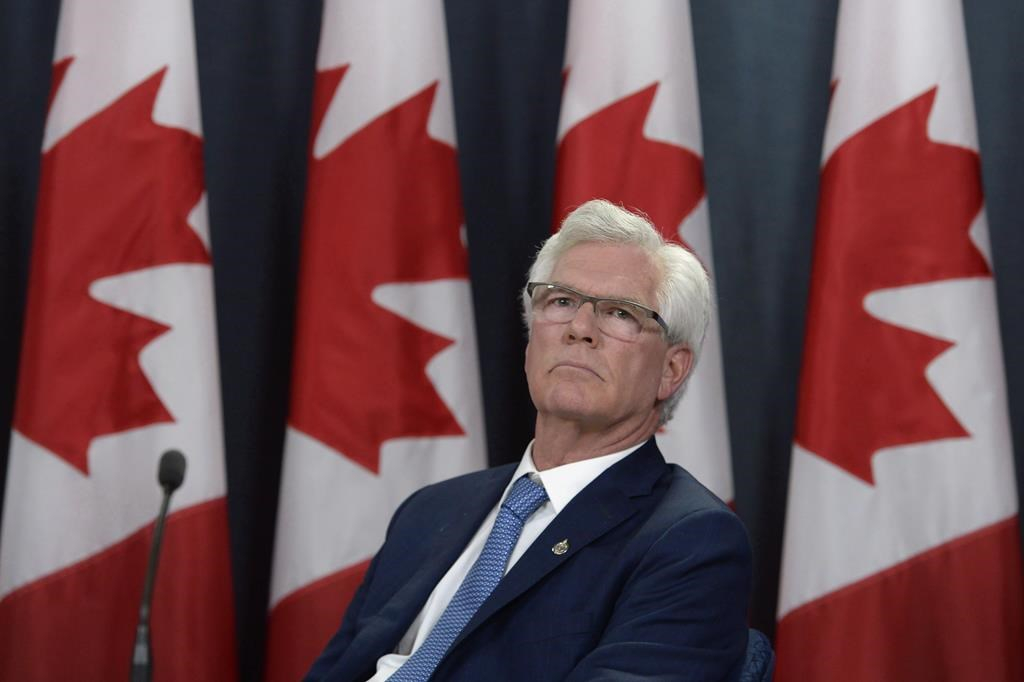 Almost two years ago, the first assignment given to Natural Resources Minister Jim Carr was to produce a national energy strategy.

It was supposed to help cut down confusion about how Canada can meet its Liberal-mandated greenhouse gas emissions goals while continuing to build pipelines or transition the energy sector to cleaner, renewable fuel sources without damaging the economy.

This week, Carr hosted a major energy conference in Winnipeg, complete with some of the world's foremost minds on energy, and billed by the minister as a big stop on the road to getting that strategy off the ground.

But, he says now, that road will actually have no end.

"This was a very important milestone along a path that has no stop signs," Carr said, when asked when the strategy will be unveiled.

There will be no "unveiling" says Carr because there is nothing to unveil.

There will be many things to talk about with Canadians, he says, as the government mulls over the "treasure chest of creativity and good ideas" gleaned from the two-day Generation Energy conference.

Those ideas will "lead to important policy announcements and a vision for the future of developing Canada's energy resources," said Carr, but people shouldn't expect one document that will explain that vision.

He said the government's upcoming plans for overhauling both the environmental assessment process and the National Energy Board will be part of it.

Conservative natural resources critic Shannon Stubbs says putting on a "big, expensive show" without producing anything concrete at the end has the word Liberal written all over it.

"This is a pattern for them," she said.

Stubbs said the Liberals' review of the NEB and the assessment process has left a "vacuum" of regulation for investors, who are fleeing Canada at a record pace.

Linda Duncan, the NDP environment critic, was at the Generation Energy conference for one day and said she is disappointed, even shocked, that the Liberals aren't going to put out an overarching strategy.

"They've been in power for two years now and this (strategy) should be driving all their policies," she said.

A recent poll suggests Canadians are hungry for some sort of guidance from the government on this matter.

Nanos Research conducted a poll for the University of Ottawa's Positive Energy think tank in September, which suggests Canadians aren't just a little gloomy about the government's actions on energy, they're downright cynical.

The poll suggested two in five Canadians think the country is doing poorly at sharing its long-term vision for an energy future and half don't have confidence in how decisions are made about energy development.

Carr has repeatedly said restoring public confidence in energy project decision-making is one of his top priorities and this is why the government is redoing the assessment process for the environment and the NEB from the ground up. He blamed the previous Conservative government for the problem.

However Nanos said the government has to realize after two years in power, Canadians expect more from the Liberals on this and haven't gotten it.

He said not delivering a strategy that paints a specific outline of the government's plans will hurt.

"If we have a piecemeal vision that comes out in dribs and drabs, I can't see how that's going to change how people feel about things," said Nanos.

The Nanos poll was part of an omnibus phone and online survey done between Sept. 23 and Sept. 26. About 1,000 Canadians over the age of 18 took part in the survey, which carries a margin of error of 3.1 percentage points, 19 times out of 20.

By Jim Carr | Opinion, Energy | August 30th 2016
Reports from the Race to a Safer World