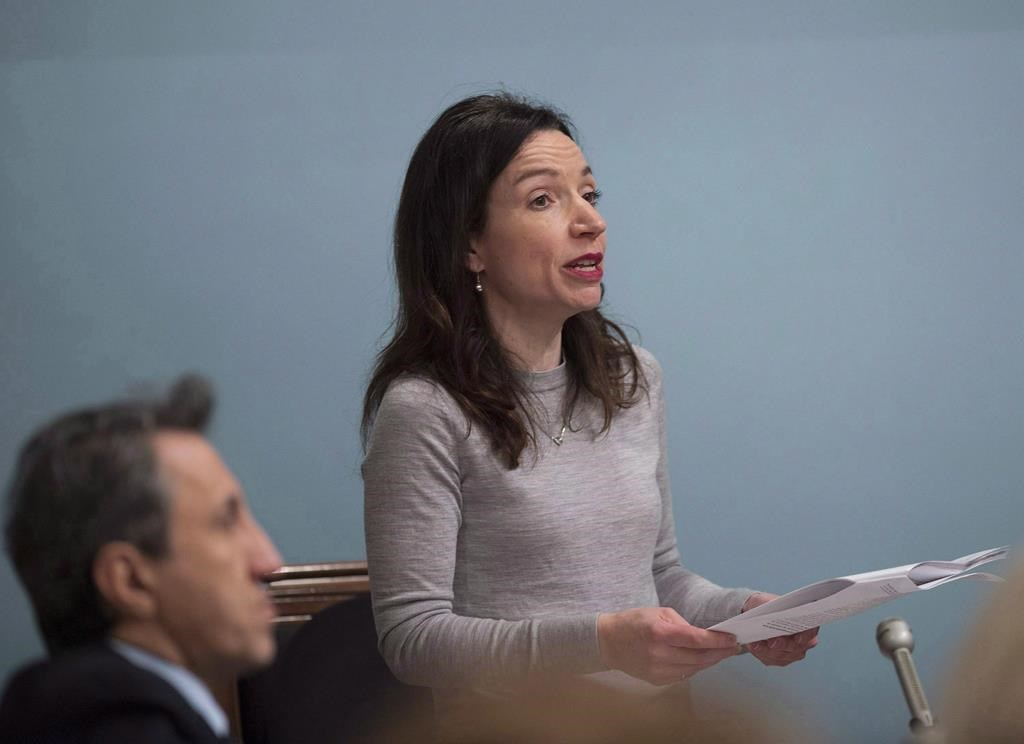 Voters in the Quebec riding of Lac-Saint-Jean will have no shortage of options when they choose their next MP in a federal byelection on Oct. 23.

The four major parties are making a strong push as they look to fill the seat left vacant by former Conservative minister Denis Lebel, and their efforts have not gone unnoticed in the riding some 250 kilometres north of Quebec City.

"There are four good candidates, it's tough (to pick one)," said dairy farmer Michel Frigon.

For Frigon, choosing a candidate who will defend the supply management system that protects Canadian dairy, eggs and poultry is of utmost importance as the United States seeks greater access for its products in ongoing free trade talks.

"I would have liked to see the end of the NAFTA (negotiations) to see what the Liberal team is worth," he said. "Is it just talk, is it just a smokescreen what they're doing?"

The Liberal are hoping to pull off an upset victory in the longtime Conservative and Bloc Quebecois riding. The Grits haven't won it since 1980, when it was known as Roberval.

NAFTA's impact is a major concern in the region, where the forestry industry has already been hit with the countervailing duties imposed in April by the U.S. administration.

Prime Minister Justin Trudeau, who visited the riding earlier this year, is expected to make a second visit to support his party's candidate, Richard Hebert.

Hebert is counting on his four years of experience as the mayor of Dolbeau-Mistassini to help persuade voters to switch allegiances.

"A good MP who can speak for the middle class and families here, I think that's what it takes," he said, adding he believes people care more about the candidates than the party they represent.

"People voted for Denis because Denis Lebel was a guy from here, and people knew him."

Trudeau could face questions on the legalization of marijuana from voters like Yves Boudreault, who says it's an issue that has him hesitant about where to park his vote.

"I'm not in favour of (legalisation), not for a minute," said Boudreault, a construction worker. "It's putting young people in trouble."

The byelection is also a chance for the NDP and the Conservatives to test the popularity of their new leaders.

Conservative Leader Andrew Scheer has made three visits to the riding, where Lebel won in 2015 with only 33 per cent of the vote

Tory candidate Remy Leclerc, who worked in the field of addictions, has made his opposition to marijuana legalisation a cornerstone of his campaign.

"Dependence arrives quickly," Leclerc said. "The products are powerful, and it's not (legalization) that will rein in organized crime."

An NDP victory would be a coup for leader Jagmeet Singh, and a sign the religious symbols he wears won't be an obstacle for his party in a province that prides itself on being secular.

Gisele Dallaire, his party's candidate, gave the Conservatives a hard time in the 2015 general election.

She had the support of the unions, who did not want the Harper government returned to power, and only lost to Lebel by about 2,600 votes.

As for the Bloc Quebecois, it has recruited Marc Maltais, a trade unionist who defended workers during a lockout at the Rio Tinto Alcan plant in Alma in 2012.

Regaining a riding that was once the Bloc's heartland would give the party an 11th member in the Commons, only one short of official party status.

Singh, however, also appeared to be angling for part of the sovereigntist vote during a recent visit.

"I respect the right to self-determination, completely, without fail, without exception," he said, adding he hopes "to create a climate that would encourage people to stay in Canada."

Like the Bloc, the NDP proposes to protect supply management and to be the watchdog for workers in the NAFTA negotiations.