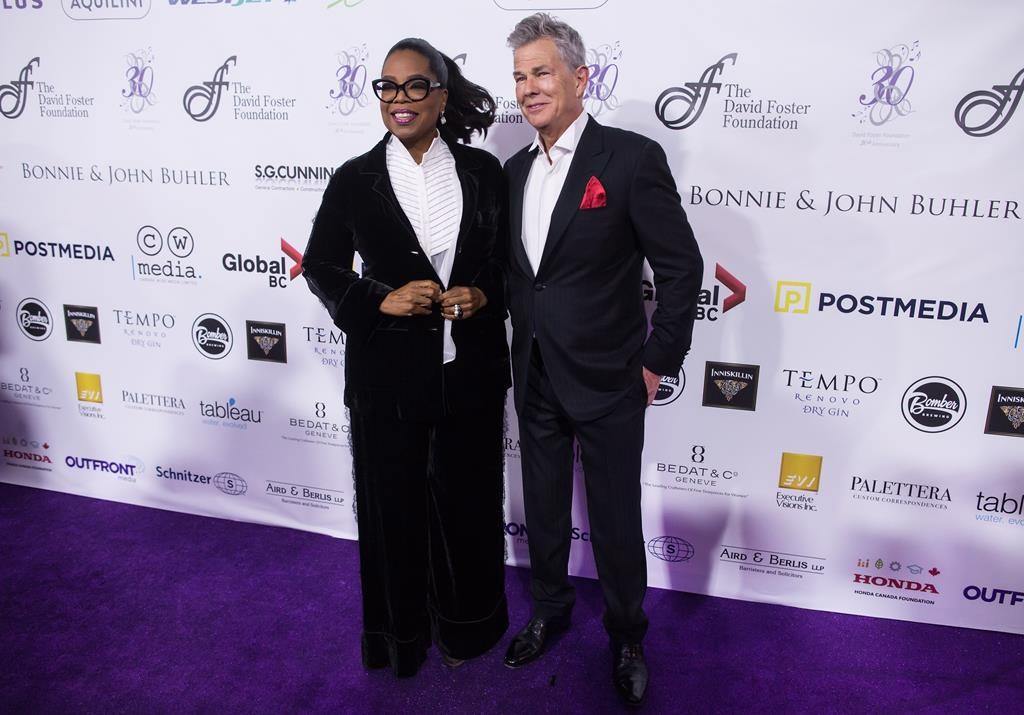 The David Foster Foundation's annual Miracle Gala and Concert that touted a celebrity guest list including Oprah Winfrey and Steven Tyler has come a long way from it's roots as a softball tournament.

Former prime minister Brian Mulroney said he was among those running the bases at Foster's first fundraiser in British Columbia 30 years ago.

"I can't see myself doing that now," he said at the gala's red carpet in Vancouver Saturday. "It raised a modest amount of money, but that's how things go, things start that way."

The charity institution founded in 1986 by the decorated Victoria-raised music producer raises money to support the non-medical expenses of Canadian families with children undergoing or awaiting life-saving organ transplants.

Mulroney, accompanied by his wife Mila, said it's more than their friendship with Foster that keeps them supporting the cause.

"This is going to have a lasting mark on Canadians everywhere and it does such good work so it's worth every effort to contribute to his initiative," he said.

To date, more than 1,100 families have been supported, relieving the pressure of their mortgage payments, travel costs and other expenses.

Jepsen's performance, which she said would include her hit "Call Me Maybe," comes just months before she heads on tour with pop star Katy Perry.

"I'm very proud to be supporting such an incredible event and on top of that I'm in my home town so all my family and friends are here as well," she said.

Jepsen admitted she was also star-struck by the gala's impressive lineup.

"I'm just going to spend all night hunting for Oprah," she said.

He is also a recipient of the Order of Canada and has a star on both the Canadian and Hollywood Walk of Fame.

Foster reflected on the achievements of the foundation ahead of the gala.

He added that he's bumped his goal to establish an endowment fund for the foundation from $30 million to $50 million by 2018 so that "hopefully long after I'm gone it'll still be doing the work."

Michael Ravenhill, the foundation's chief executive officer, said although the gala has grown, so has the need.

"We actually need to make a difference. We need to save more children's lives and keep families together," he said.

Ravenhill said less than 20 per cent of Canadians are registered organ donors.

"I think the big thing is that we still need to do a better job as a country," he said.