Britain to give Canada the shipwrecks of explorer John Franklin 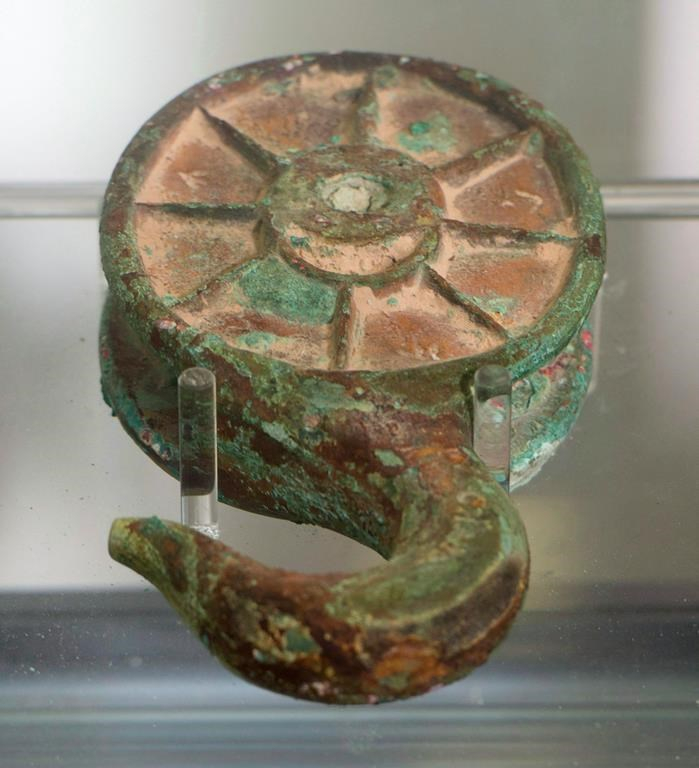 A hook block recovered from the HMS Erebus is shown on display at the Museum of History, on Wednesday, May 13, 2015 in Gatineau, Que. File photo by The Canadian Press/Adrian Wyld
Previous story
Next story

Britain will give Canada the shipwrecks of British explorer John Franklin, who tried to chart the Northwest Passage through the Canadian Arctic in 1845.

The Ministry Of Defence said in a statement it would transfer the ownership of the HMS Erebus and HMS Terror to Parks Canada, but retain a small sample of artifacts.

Defence Secretary Michael Fallon says the arrangement "will ensure that these wrecks and artifacts are conserved for future generations."

Franklin and 128 hand-picked men sought to find the passage — a shortcut to Asia that supposedly ran from the Atlantic to the Pacific by way of the Arctic.

All of them died, making the voyage the worst tragedy in the history of Arctic exploration.