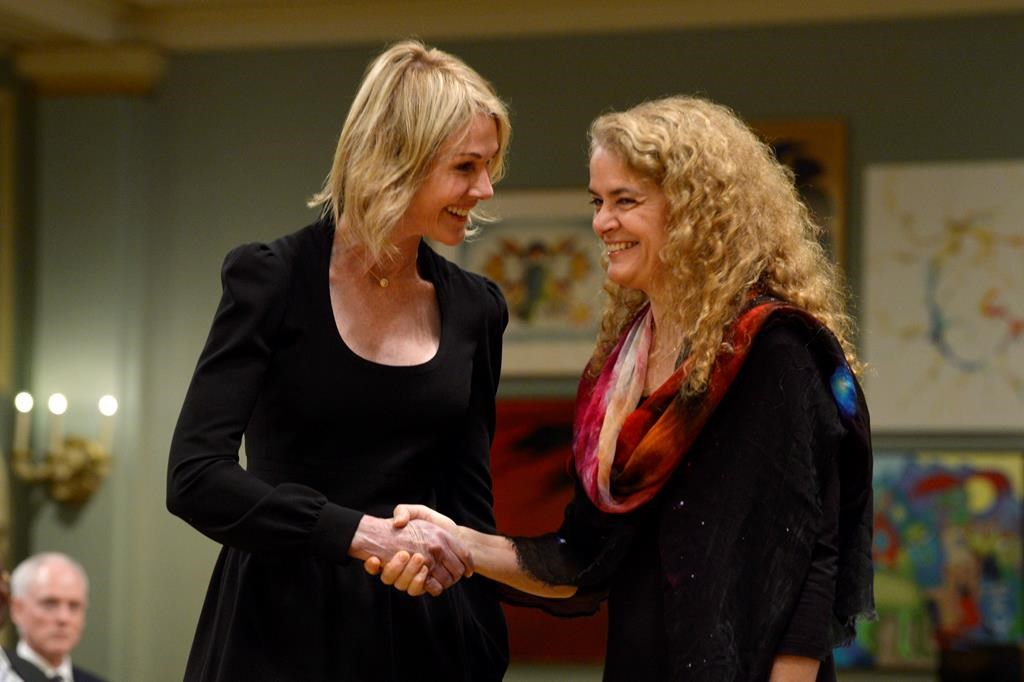 Kelly Craft may be Donald Trump's new U.S. ambassador to Canada, but she quoted John F. Kennedy when she formally took office Monday.

"If I may echo the sentiments of President Kennedy, I truly feel amongst friends," she said after joining several new diplomats who submitted their credentials to Gov. Gen. Julie Payette at Rideau Hall.

The reference to Kennedy, a Democrat, was an ad-libbed addition to her speaking notes, which were distributed by the U.S. embassy after her swearing in.

In those same remarks, Craft also gave a respectful nod to the lingering national grief over the death of Gord Downie, acknowledging the passing last week of the beloved Tragically Hip frontman.

"It is clear that he deeply loved Canada; his poetic voice fell silent too soon," she said.

"He once said that in recent years, it was hard for him to leave a song without a glimmer of hope. He viewed art, his music and his writings to help bring people closer in. I believe this is important business that we should all be about."

Craft is a well-known sports fan, philanthropist and powerful donor to the Republican party, whose husband is a wealthy Kentucky coal magnate.

There is no better posting for a diplomat, said the new American envoy adding that she is eager to travel across Canada.

"It is a privilege to represent the United States in Canada and to be entrusted with the responsibility of working so closely with such an important friend, ally and neighbour," she said.

As Trump's ambassador, she is likely to find herself negotiating some tough issues with her Canadian hosts, including trade and climate change.

She said, however, she is "a great listener" and will work to protect the economic relationship between the two countries.

"I am committed to continuing our collaboration to address security at the border," she said. "But, I also want to make sure we continue to make it easier to engage in cross-border trade and travel."

Downie isn't the only Canadian entertainment luminary with which Craft is familiar.

Craft has said in the past that she became friends with Drake when he visited her home state of Kentucky for a basketball game. She is also close with Senate Leader Mitch McConnell, one of the country's most powerful lawmakers, who also hails from her state.

McConnell has occasionally bickered with the president, whose anti-establishment, trade-skeptical, more combative stance has put him at odds with the party's establishment wing.

She has also expressed support for the president's trade agenda — which involves renegotiating or cancelling NAFTA.