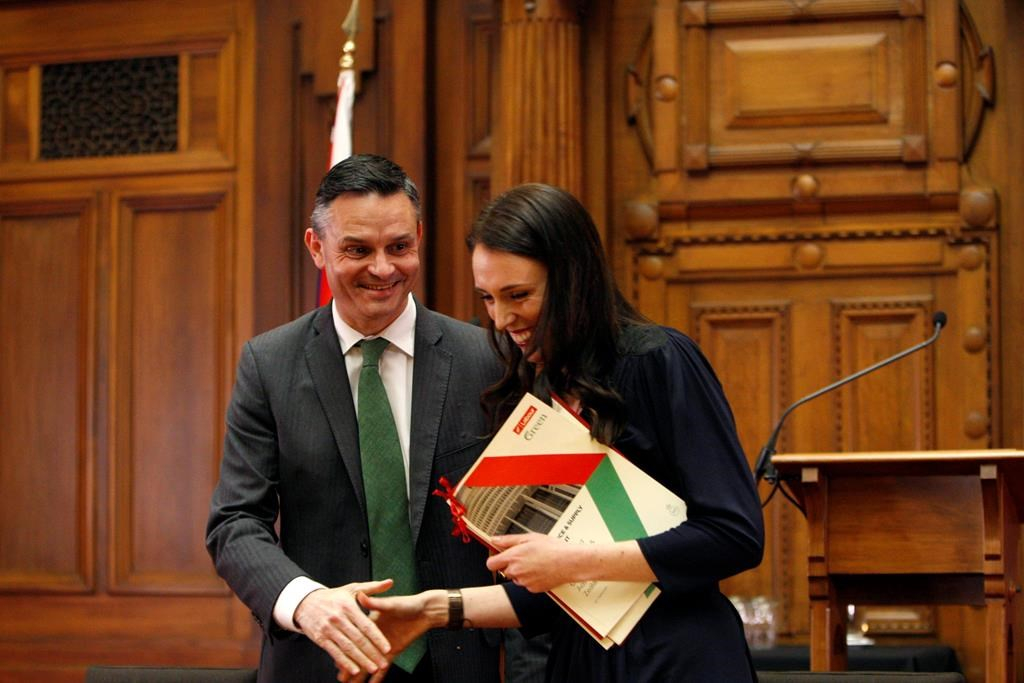 Jacinda Ardern, who takes over as prime minister this week, on Tuesday outlined agreements her Labour Party reached with other political parties joining them in the new government.

The 37-year-old will be New Zealand's youngest leader in more than 150 years and hopes to take the country on a more liberal path following nine years of rule by the conservative National Party.

"I don't need to be influenced on climate change," she said. "It will sit at the heart of what this government does."

Ardern's plan is for New Zealand to reduce its net greenhouse gas emissions to zero by the year 2050.

Some of the targets will require only incremental changes. New Zealand already generates about 85 per cent of its electricity from renewable sources including hydroelectric, geothermal and wind. Ardern plans to increase that to 100 per cent by 2035, in part by investigating whether solar panels can be used atop schools.

She said the country will need to double the amount of trees it plants each year, a goal she said was "absolutely achievable" by using land that was marginal for farming animals. Her plans also call for the government's vehicle fleet to be green within a decade.

Not everybody is happy with the plans. Many farmers are worried they will be required to pay more if they are absorbed into an emissions trading scheme.

"There is concern that if this should happen, New Zealand will become less competitive with other food-producing nations," said Katie Milne, the president of advocacy group Federated Farmers.

The government also plans to raise the minimum wage to 20 New Zealand dollars ($14) per hour over the next few years, a 27-per-cent increase over its current level. And Ardern said a review of the way the Reserve Bank operates would take into account such factors as employment levels and price stability. Currently the bank primarily considers inflation when setting interest rates.

Ardern also outlined a plan to spend 1 billion New Zealand dollars ($693 million) a year on the country's smaller towns and regions to improve rail and other infrastructure.

"You'd be hard-pressed to find a region that hasn't experienced neglect," she said.

Ardern said she spoke to President Donald Trump for about five minutes on Monday after he called to congratulate her on her election win. She said Trump told her the election had received quite a bit of coverage in Washington and throughout the East Coast, and that she talked to him about New Zealand's important role in the Asia-Pacific region.

"Our relationship with the U.S. is incredibly important," Ardern said when asked about Trump. "That has not changed and it will not change."