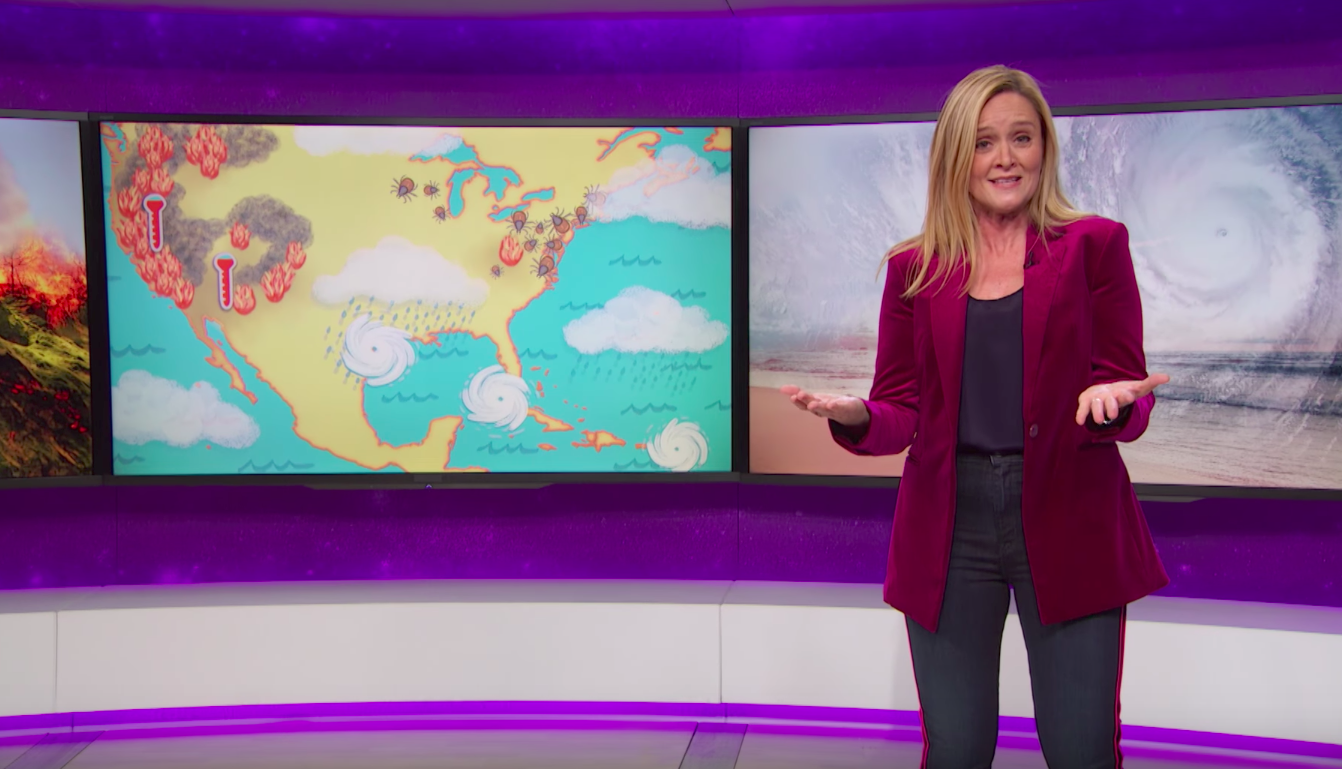 "Climate change isn't some far off threat in the distant future like Beyonce aging — it is upon us," Canadian comedian Samantha Bee warned, in a weekly segment on her Full Frontal that took aim at human activity-caused climate change.

She explored the topic of California's disastrous wildfires, its destruction of the wine industry, and the devastation of hurricanes Harvey, Irma, Maria.

"But despite all these disasters, climate change is never the top story," she said. "But we can't avoid the subject any longer. 2017 is the first year in recorded history that the U.S. was hit by three Category-4 hurricanes."

Bee made it clear climate change didn't cause the storms and wildfires, but was making the effects of natural disasters worse.

She urged Americans to consider the serious risk of climate change, if only because wildfires were increasing the spread of lyme disease, an infectious illness caused by tick bites. She also reminded her audience that millions in Florida were ordered to evacuate because of extreme weather this year, and asked how America would respond to refugees from Mississippi.

At the end of her show, Bee changed into a tick costume as part of Ingrid Michaelson's hilarious but ominous song about climate change from the earth's perspective.

Watch the two segments of her climate change-focused show here:

Samantha Bee discusses the effects of climate change on America on Wednesday. Video from YouTube.