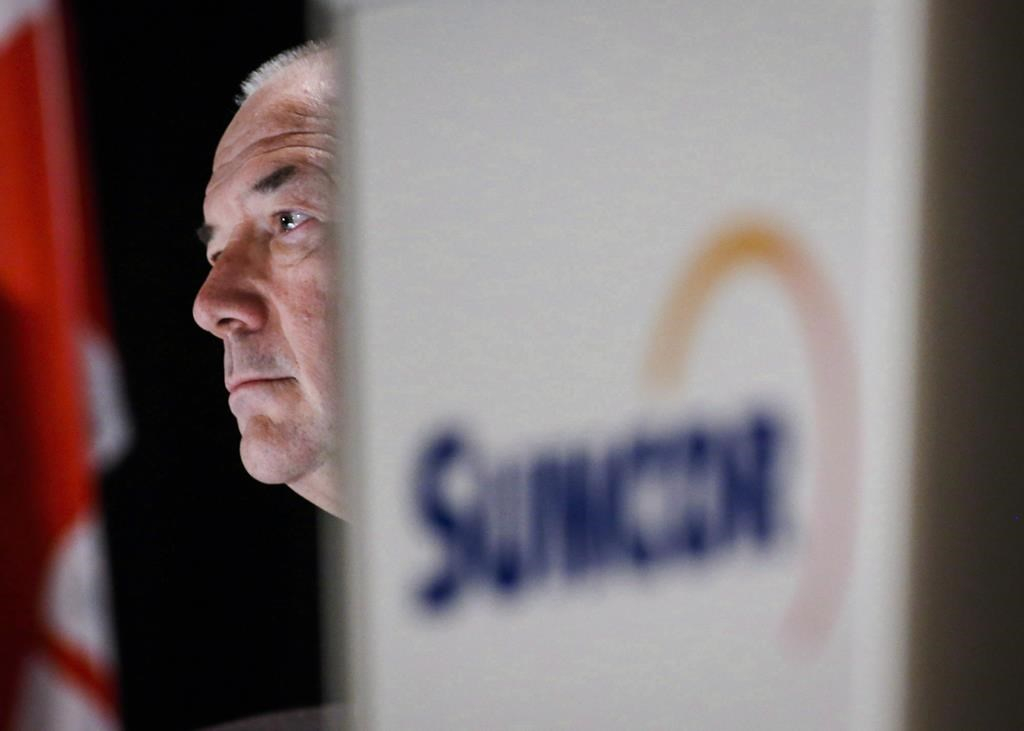 The head of Suncor Energy Inc. said Thursday that the company's focus on reliability and cost reduction is paying off in an era of ample oil supplies.

"It's clear to us that the industry has moved from one of resource scarcity to one of resource abundance," said company CEO Steve Williams on an earnings conference call.

He said oil companies can still thrive in the new reality, but the emphasis has to be on profits rather than simply growth.

"This means continually reducing our costs and our environmental footprint, while exercising steadfast capital discipline."

Suncor's efforts on that front translated into operating earnings of $867 million or $0.52 per share in the quarter ending Sept. 30, compared with $346 million or $0.21 per share for the same quarter last year.

The boost came from record production, as well as wider margins between oil and refined product prices, record refinery throughput and sales volumes, and the company's continued cost reductions.

Suncor said production will soon be further increasing, with both its Fort Hills oilsands project and Hebron offshore project still on track for first oil by the end of the year.

Williams said the company has made progress on a funding dispute with French oil giant Total, which owns 29.2 per cent of Fort Hills, but that it will have no impact on construction or the start-up schedule of the oilsands mine.

He said that Suncor should have no problems exporting the increased production from Fort Hills, despite some expected capacity constraints on pipelines, as the company long ago secured pipeline space.

"We feel very covered, so pipes and differentials are not something I loose sleep over."

He said Suncor, however, still supports all proposed pipelines and is actively trying to encourage their construction.

Williams said the company continues to work on boosting efficiencies, including at Syncrude where Suncor successfully processed bitumen from MacKay River as a test for potential integration in the last quarter.

Williams said Suncor, which owns 53.74 per cent of Syncrude after taking over Canadian Oil Sands last year, has already pushed for more integration of processes and co-ordination of supply chains to boost efficiencies, including Suncor now running the lodging and transportation of staff at Syncrude.

"We're continuing to work on what I would call the nuts and bolts of our business, so as the reliability comes up we can start to look at where we can put our priorities."

Of course Suncor states, "continually reducing our costs and our environmental footprint, while exercising steadfast capital discipline". Just what the shareholders want to hear. Why spend money on maintenance of their rotting co-owned Trans-Northern pipeline (TN, installed 1956) or on the remediation of numerous contaminated sites across Ontario and Quebec, when the National Energy Board (NEB) facilitates the continued operation of this pipeline.

" ... despite some expected capacity constraints on pipelines, as the company long ago secured pipeline space."
Suncor has repeatedly ignored NEB safety orders on the TN pipeline, such that the NEB ordered its reduced operating pressure/capacity. Two members of the Board felt so strongly about the poor condition of the pipeline, they wanted it shut down.

"We feel very covered, so pipes and differentials are not something I loose sleep over."
Conversely, the landowners across Ontario and Quebec whose properties have been contaminated by the irresponsible operation of Suncor's TN pipeline, lose sleep over their loss of land value, the unremediated hazardous condition of their lands, and the threat of an imminent leak from this rotting pipeline.

"We're continuing to work on what I would call the nuts and bolts of our business, so as the reliability comes up we can start to look at where we can put our priorities."

These contaminated lands and the unreliable rotting TN pipeline should be their priorities.

Look at them, NOW.