"Please help we are trapped in a dystopian nightmare" 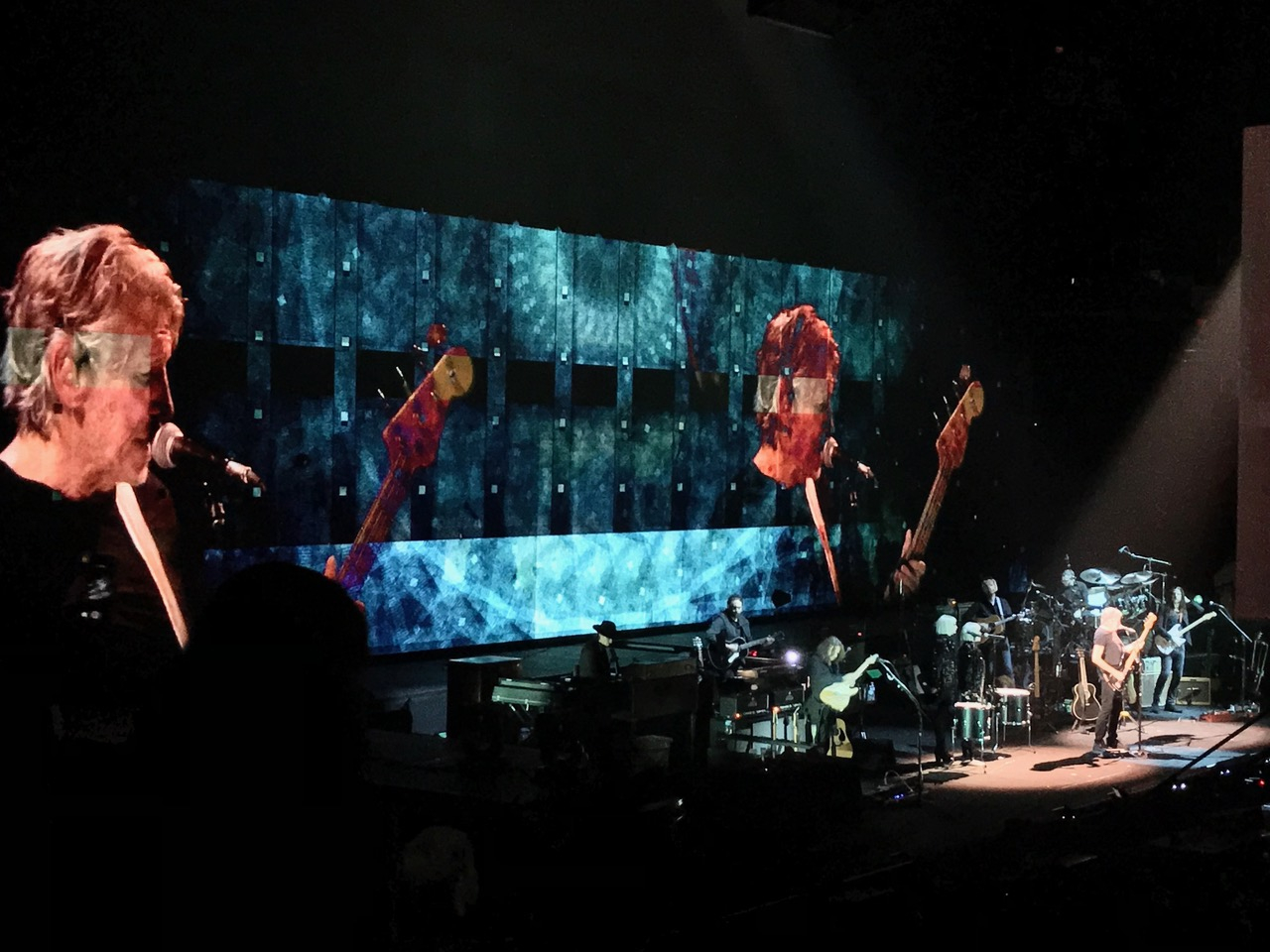 On the end of his Canadian tour, Roger Waters pretty much blew my mind.

The visuals at the concert were brilliant, the music amazing. The overall effect was mind-altering. Highlights for me were: Money (complete with band donning pig faces and a floating pig that traveled around the stadium) and Brick in the Wall, which started with a line up of people wearing orange prison jump suits with CIA-style bags over heads, then they took the bags off their heads, revealing themselves to be local kids and they sang the chorus. Finally, they took off their jump suits and their black t shirts read: RESIST!, which made the crowd go wild. 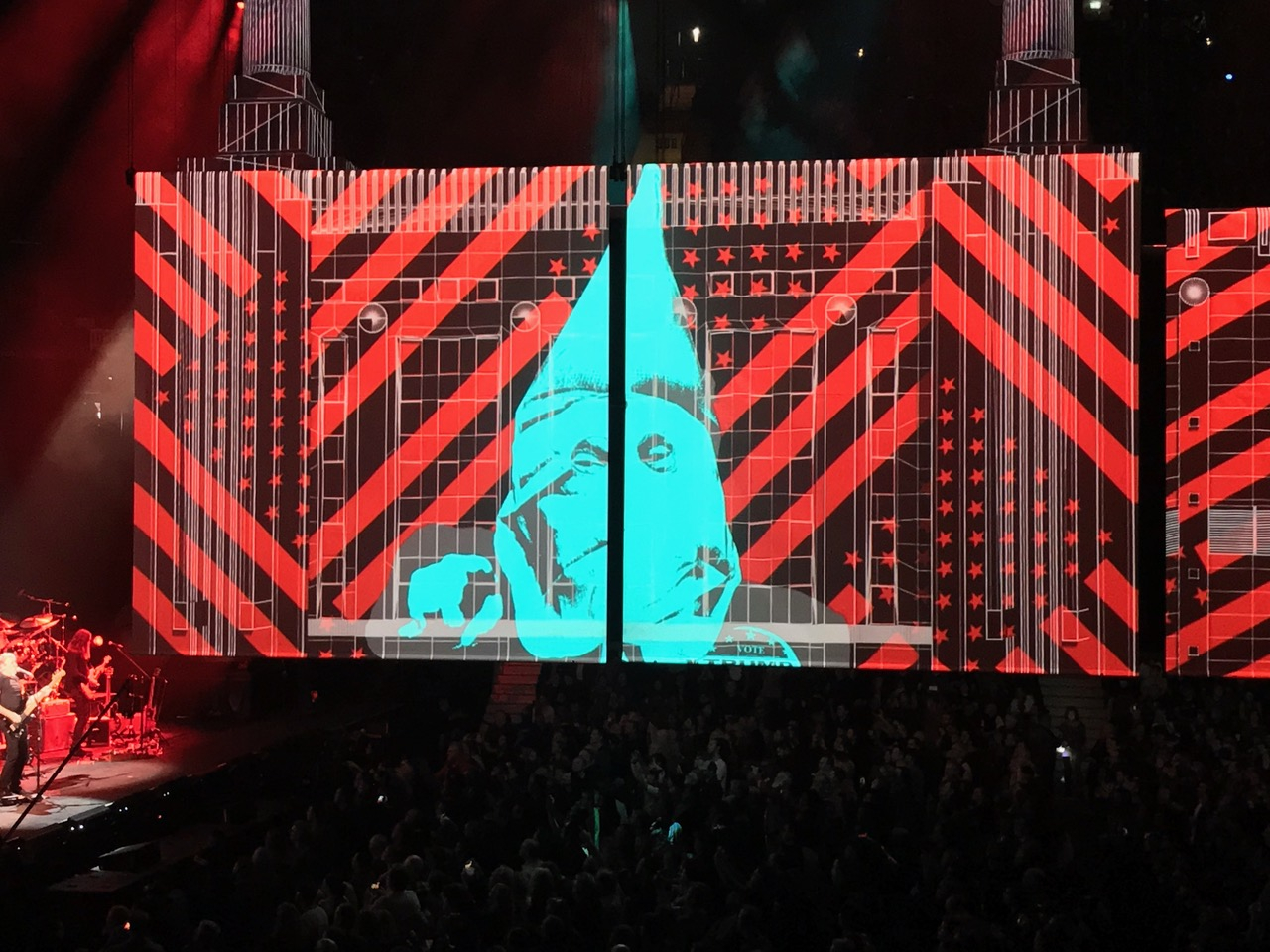 Rock and roll met brutal social satire again and again and Trump got skewered, both mercilessly and artfully: "Picture a leader with no f—ing brains." There were clearly no Trump lovers in this crowd at Rogers Arena in Vancouver, which was with Waters all the way. About 25% was Rogers new work, from 'Is This the Life We Really Want?' and the rest from the years with Pink Floyd.

...and an artistic information overload that confronted the audience with the worst poverty and violence and the sickest greed.

The Waters concert was a slap-in-the-face if you've accepted 'the new normal'. It begged the question: How do you get from a democracy to an oligarchy that fast and that completely?

From shots of drones shooting bombs to mountains of garbage to the unspeakable conditions millions around the world are living in to overhead views of Mar a Lago and front on confrontations with Trump Towers, Waters' electric guitar mesmerized me as the images captured the nasty reality you and I now must accept as normal, because we really don't have any choice. Or do we?

Waters forces you to revisit that notion.. Without ever asking out loud, it begs you to reconsider that notion that there is no choice and to do something, anything to restore civility, sanity.

Ever the rebel, Waters uses hs enormous talents, musicians and artists to scream and howl against those who would prefer to use their enormous fortunes to manipulate the political system without resistance from the masses of people whose lives are damaged by the oligarc-ification of a nation.

In the last twenty minutes of the show Trump dominated. But the moving spectacle of this evening with Roger Waters and company was more than that. It was a dark and inspired tour of suffering and beauty.

After a break, the Us+Them tour will go to New Zealand, Australia and a few countries in Europe, so if you live there, get your tickets when you can and prepare be awed.