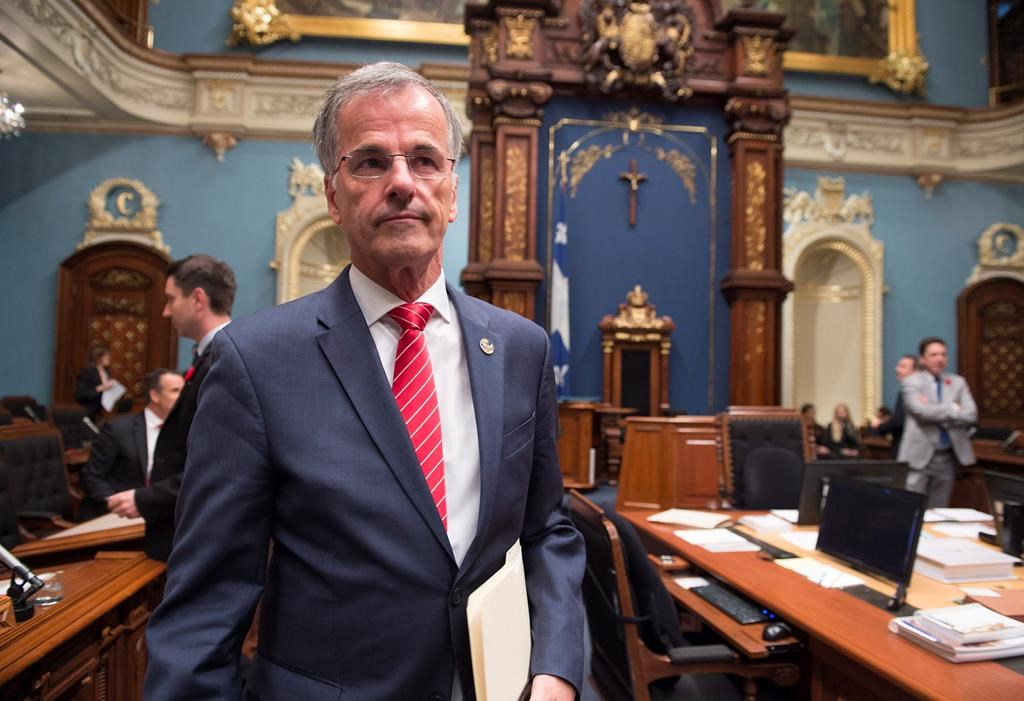 Guy Ouellette told the National Assembly in Quebec City on Oct. 31, 2017 that he had done nothing wrong, but was facing "unprecedented intimidation" by police. Photo by The Canadian Press
Previous story
Next story

The Quebec member of the legislature who was arrested by the province's anti-corruption unit accused the organization Tuesday of trying to use "unprecedented intimidation" against him.

Guy Ouellette says he was the victim of a setup by UPAC, as the unit is commonly known.

Ouellette, 65, was arrested last Wednesday in connection with a UPAC investigation into an important information leak to the media last April.

He was later released and has not been charged.

Ouellette, who specialized in fighting biker gangs when he was a member of the Quebec provincial police, stood up in the legislature Tuesday afternoon and told his fellow elected members he has done nothing wrong.

"Preventing members of the national assembly from exercising the mandate they have been given by the population is an extremely serious attack on the democratic process," he said.

"Trying to trick them in order to prevent them from doing their work must be unequivocally denounced.

"What I am accused of has no basis at all. My move from the police to the political world has done nothing to alter the principles that have guided my commitment in public life over the last 48 years.

"I have always been, still am and always will be an ardent defender of social justice, of democratic values, of freedom of expression and of the truth."

UPAC has not made any public comment about the arrest, although its leader, Robert Lafreniere, is set to hold a news conference in Montreal late Tuesday afternoon.

That announcement came a few hours after Premier Philippe Couillard urged UPAC leaders to publicly release as many details as possible about the arrest.

Ouellette was linked to a UPAC probe called Machurer, which looked into suspected illegal financing within the Liberal party under former leader Jean Charest.

UPAC has been investigating a leak from within its own organization last April that revealed it had been looking at the comings and goings of ex-premier Charest and Liberal fundraiser Marc Bibeau up until 2016.

A news organization published emails dating from 2011 between Bibeau, Jean-Louis Dufresne, the former chief of staff to Premier Philippe Couillard, and Hugo d'Amour, a spokesperson for Charest. The emails showed the men discussed a contract to repair a Montreal-area bridge.

During an interview with a Montreal radio station that was broadcast Monday, Ouellette replied, "No, absolutely not," when asked if he were the leak of the source.