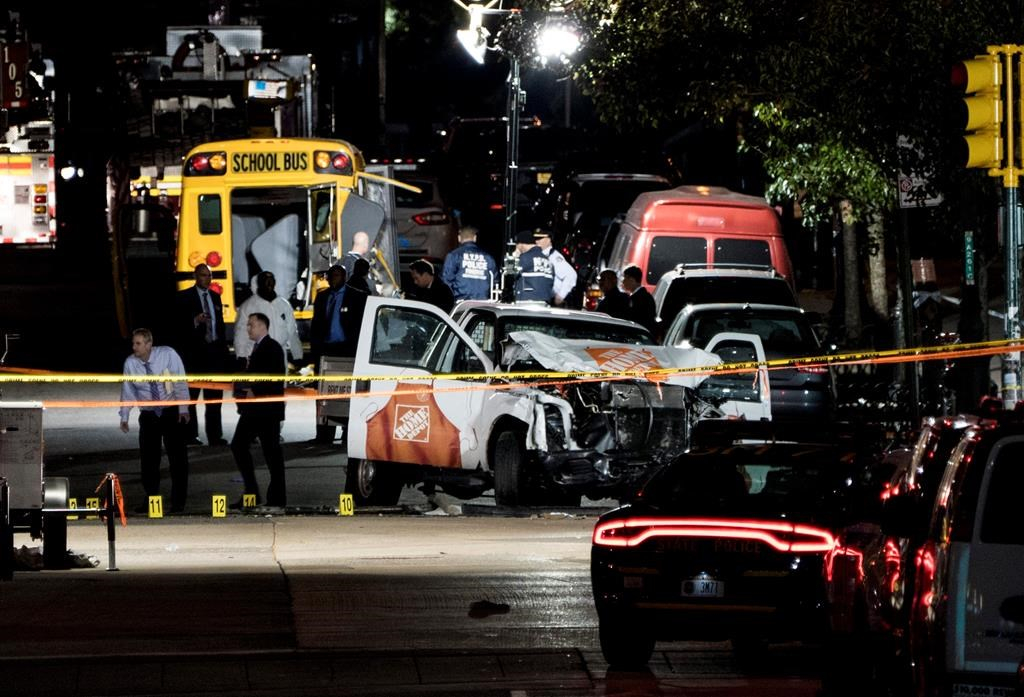 Authorities stand near a damaged Home Depot truck after a motorist drove onto a bike path near the World Trade Center memorial, striking and killing several people Tuesday, Oct. 31, 2017, in New York. Photo by The Associated Press/Craig Ruttle
Previous story
Next story

A man in a rented pickup truck mowed down pedestrians and cyclists along a busy bike path near the World Trade Center memorial, killing at least eight and seriously injuring 11.

The driver barrelled along the bike path for the equivalent of about 14 blocks before slamming into a small yellow school bus.

In a release, Trudeau offered sincere condolences on behalf of all Canadians to those mourning the loss of family members and friends.

He also offered wishes for a full recovery to those who were injured.

NDP Leader Jagmeet Singh took to Twitter, tweeting "Sending my love, thoughts and prayers to all those impacted by the tragic violence in Manhattan today, along with all first responders."

Trudeau noted that New Yorkers are known for their resilience and strength, and will "stand together as they always have in the face of difficult situations."

"Tonight, we offer our prayers and thoughts to our neighbours in the United States. We are with you, as always, as friends and allies," he said.

- With files from The Associated Press