Cuts and privatization aren’t the answer for Alberta 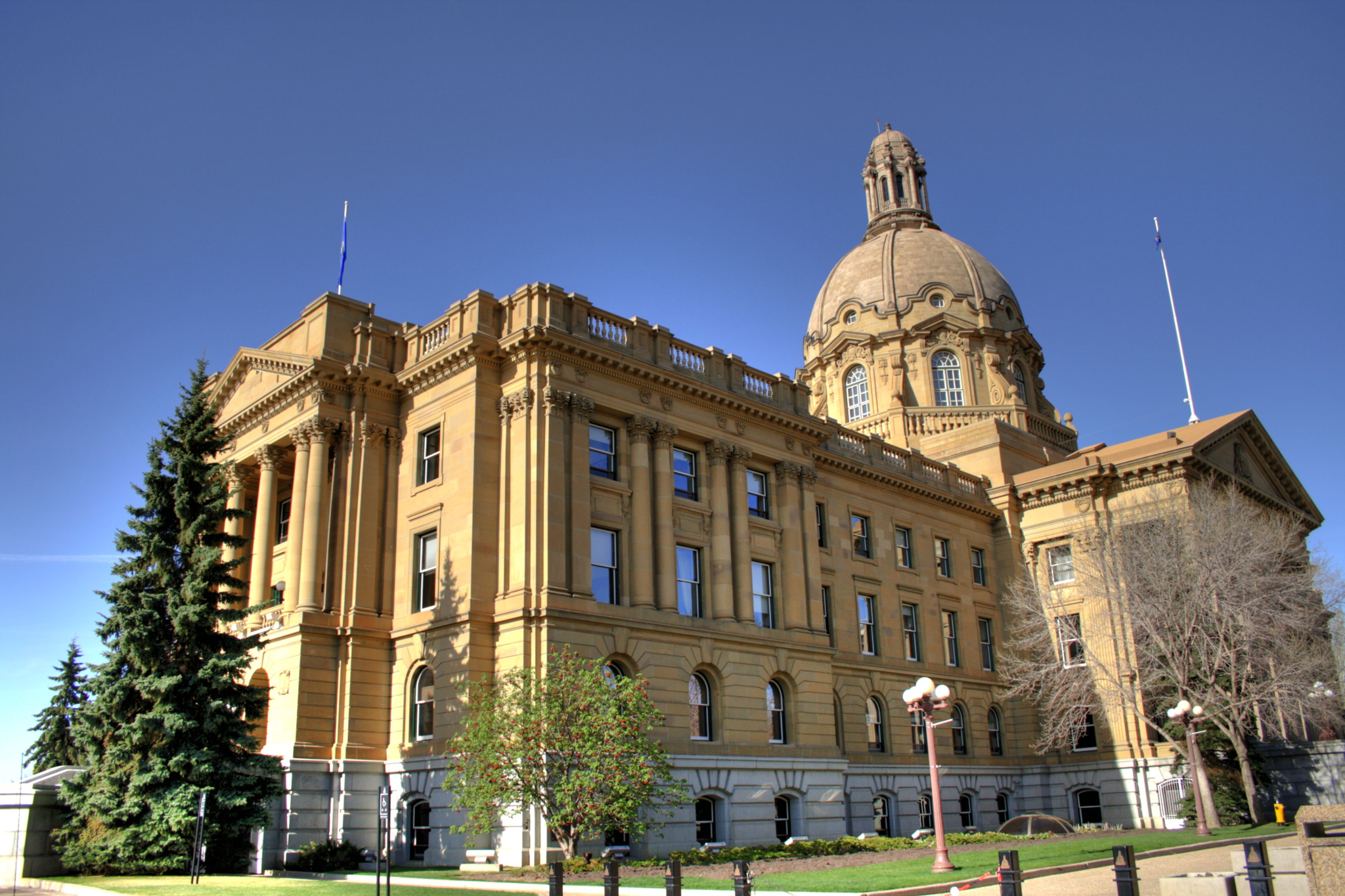 The Alberta legislature is no stranger to heated arguments about debt. Photo from Wikimedia.
Previous story
Next story

Political discourse in Alberta currently relies on a series of opposing narratives: the energy sector vs. the environment, corporate interests vs. the public interest, government spending vs. cuts. Since taking office in 2015, Rachel Notley’s NDP government has repeatedly been confronted by talk of crisis — a deficit crisis, a debt crisis, a spending crisis — heightened by a series of credit downgrades from ratings agencies such as Moody’s and S&P.

The fear of insurmountable debt has played a crucial role in Alberta’s political dynamics over the last 30 years. The last so-called debt crisis (under Premier Don Getty) paved the way for Ralph Klein’s mission to eliminate the budget deficit through massive across-the-board spending cuts.

Many Albertans keenly remember the impacts of those cuts, although what some recall as unnecessary suffering aimed at the most vulnerable is described by others as a necessary sacrifice to attain the province’s mythical “debt free” status (Alberta didn’t actually eliminate its debt — the province simply had more assets than debts from 1999-00 to 2015-16, if you don’t count the huge infrastructure deficit racked up by the former Progressive Conservative government).

Hyperbole to manufacture a sense of crisis

Into this collective memory, University of Calgary School of Public Policy professor Jack Mintz and former Saskatchewan NDP Finance Minister Janice MacKinnon released a report that calls for a “new trajectory” and a “course correction” to counter the NDP’s “almost zero attempt to contain costs.” Mintz, well-known for his fiscal policy research for several right-wing think tanks and less well-known as a director of Imperial Oil, is no stranger to selling fiscally conservative, pro-market, and pro-industry policies. MacKinnon has also published reports with right-wing think tanks in recent years, including the Fraser Institute and MacDonald-Laurier Institute.

Mintz and MacKinnon’s report relies on hyperbolic language to invoke a sense of crisis, citing the current government’s “runaway infrastructure spending” based on a “precarious assumption” that oil prices will rebound. While Mintz claims that "Alberta is not (on) a sustainable path and it needs to do that. And it can do that by looking at balancing the budget in a realistic way over time (using) common sense policies,” the report actually proposes substantial cuts under the guise of “cost savings.” This strategy flies in the face of recent economic research and doesn’t recognize the need for more stable revenue streams for the province given resource royalty payments can no longer be relied upon to provide adequate funds.

In response to MacKinnon and Mintz’s proposals to tackle the provincial deficit, we would like to challenge several of their assertions using evidence, putting aside the hyperbolic language.

Let’s start with MacKinnon’s home province of Saskatchewan, which doesn’t have such a great track record with balanced budgets. When creative accounting is taken out of the equation, from 2004-2005 to 2013-2014 nine out of 10 provincial budgets carried a deficit — that includes budgets tabled by Brad Wall as well as his NDP predecessor Lorne Calvert.

Alberta debt ratio by far the lowest in Canada

When MacKinnon prevented Saskatchewan from declaring bankruptcy in 1993, the province’s net debt to GDP ratio was over 30%. Alberta’s ratio by the end of the current fiscal year will be 6.8%. Alberta’s ability to handle its debt load is not a pressing concern. In fact, Alberta’s debt to GDP ratio remains, and is projected to remain, by far the lowest in Canada. 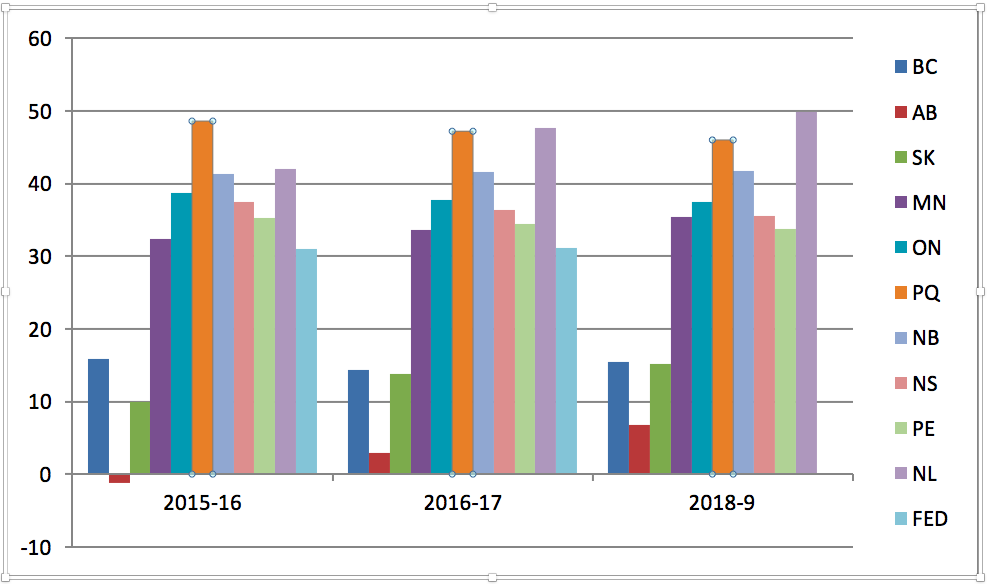 Mintz and MacKinnon suggest that their proposals represent the “middle ground” between unfettered spending and austerity, which in their opinion is more nuanced than simply “slashing core services.” There is, indeed, a middle ground, and the current government’s strategy is very close to it. The Notley government has kept public spending growth to roughly inflation plus population growth without making large cuts to core public services.

There is now significant elite consensus that austerity doesn’t work: the International Monetary Fund and World Bank have acknowledged - as far back as 2012 - that slash-and-burn fiscal approaches do more harm than good. The Nobel-prize-winning economist Amartya Sen has pointed out that the great success stories of deficit reduction — post WWII, the Clinton years, and the Swedish economy 1994-98 — all occurred because of rapid economic growth, not austerity budgets.

Mintz and MacKinnon state that “there is some merit” to the Keynesian approach of stimulus spending and they claim that they are not calling for austerity. Yet, they also assert that “reducing Alberta’s per capita spending levels to those akin … to other large provinces would eventually yield annual savings of $6.6 billion.”

Cutting $6.6 billion from the Alberta budget would be extreme austerity — the size of this proposal is comparable to cutting almost the entire education ministry. Mintz and MacKinnon’s argument that this level of cuts “does not necessarily lead to fewer frontline services” doesn’t hold water.

Mintz and MacKinnon see potential cost savings in privatizing some surgical procedures, which MacKinnon has extensively advocated through reports for the Fraser Institute and the Macdonald-Laurier Institute. But private surgical clinics cost more and provide poorer quality services, according to several significant meta-studies, as well as research on the Alberta health care context. Recent research from the Canadian Centre for Policy Alternatives (CCPA) has reaffirmed the findings of several prominent meta-studies, and offers crucial lessons based on the situation with B.C. private surgical clinics:

The CCPA report would suggest that establishing a centralized referrals system and other organizational reforms were responsible for Saskatchewan’s perceived success in reducing wait times — not contracting-out surgeries to the private sector. Moreover, privatized health services don’t eliminate costs, they download costs onto individuals, deepening financial and health inequalities.

Alberta has a revenue problem, not a spending problem

By focusing on the Notley government’s supposedly reckless spending, Mintz and MacKinnon ignore the roots of Alberta’s current debt trajectory. Hint: the current situation did not begin in May 2015 when the NDP took power. The previous PC government reduced the province’s assets in excess of its debt from $39.4 billion in 2007-08 to $13 billion in 2014-15, their last year in power.

Prior to the 2015 Alberta election, former PC Premier Jim Prentice proposed a budget that anticipated borrowing $31.2 billion by 2018-19; when compared to our projected net debt of $35.3 billion in 2018-19, it appears his proposed across-the-board program cuts of 9% over three years and proposed reintroduction of health premiums wouldn’t have made much of a difference, especially once lower resource royalty revenues are factored in.

Mintz and MacKinnon fail to acknowledge that Alberta has a revenue problem, not a spending problem. In 2016/17, non-renewable resource royalties accounted for just 5.7% of government revenues – a far cry from its peak of 45% in the early 1980s. Alberta’s program spending per capita and expenditures relative to GDP all point to the same undeniable conclusion: “Instead of being the product of excessive spending, Alberta’s deficits in the NDP’s 2015 and 2016 budgets are the result of the dramatic decline of resource royalties and its continuing status as the lowest-taxed province in Confederation.”

A plan for revenue reform

The Notley government does need a concrete plan to bring the provincial ledger back into balance — but that plan needs to center around revenue reform, not cuts.

The first priority? Relinquishing the false utopia of the “Alberta Advantage.” Clinging to a feeling of superiority because we forego billions of dollars in revenue to maintain a tax advantage over other provinces is self-defeating. For example, by adopting BC’s tax regime (minus the sales tax) Alberta’s tax revenues would increase by approximately $3.5 billion. In comparison to our neighbouring provinces, there is also room for an additional increase in the top-earning personal income tax brackets.

Finally, Alberta remains the only province without a provincial sales tax. Introducing a PST/HST or a less regressive value-added tax would, in and of itself, make a significant dent in the budget shortfall: a 5% sales tax would have generated approximately $5 billion in 2016 - the equivalent of half of the 2016-17 deficit.

These suggested revenue reforms would likely rub Mintz and MacKinnon the wrong way. But creating reliable, diverse revenue streams is the path to long-term sustainability for Alberta.

I agree with the authors of

I agree with the authors of this piece. I have lived in Alberta for most of my life and I am tired of austerity. This shows that the School for Public Policy is nothing more than a way to disguise that they are really the Fraser Institute disguised as a school for public policy. Outside of the ideological direction, even there are papers publish that propose a more progressive direction, I have to wonder if that is done to give the pretense that the School is a legitimate school. Keep up the good work at exposing these kinds of disinformation.