A salute to journalists everywhere

By Andrew Lodge | Opinion | November 2nd 2017
#33 of 116 articles from the Special Report: State of Journalism 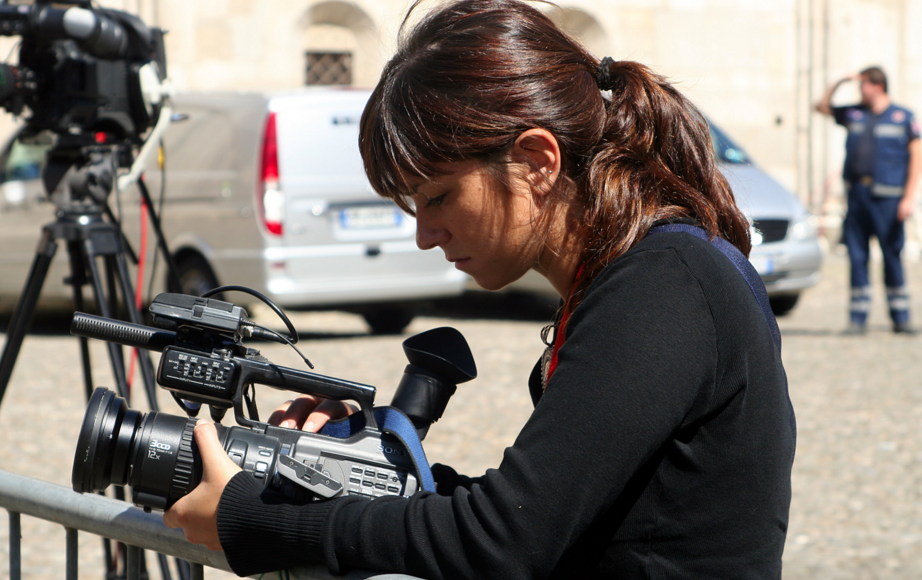 A videojournalist at work. Photo by Roby Ferrari, Wikimedia
Previous story
Next story

November 2 is the United Nations’ annual International Day to End Impunity for Crimes against Journalists.

A bit of a mouthful to be sure, but an important day nevertheless. The date was inaugurated back in 2013 to commemorate the assassination of two journalists in Mali. Unfortunately, this was not a singular event: since 2006 almost 1,000 media workers have been killed in the line of duty.

While some parts of the planet are clearly more dangerous than others, it is worth bearing in mind the crucial role played by journalists the world over. Particularly today as the greatest power nexus ever concentrated in history appears poised to unravel into grostesquerie.

For years, commentators warned of media concentration under a handful of corporations with clear political agendas, ultimately motivated by profit. Those fears have proven to be well-founded: in 2014, just four companies controlled 85 per cent of television revenues in Canada. In the U.S., just 5 conglomerates dominate the media.

Such concentration may have improved shareholders’ bottom lines, but it did nothing to further the public good. Instead it has massively constrained corporate media’s ability to report critically.

Now, under direct assault from the most powerful institutions in the world — what exactly does fake news mean, anyway? — it seems that many of the large media corporations find themselves without the armamentaria to mount a defense, let alone to strike back.

Fortunately, independent journalism never went away, despite aggressive and sustained attacks from corporate interests under the mantle of the mainstream media sheepskin. At times, it may have been forced into the shadows, but it was in the shadowlands that it flourished in any case. And the explosion of the internet over the past quarter century has allowed independent journalists and media outlets to re-imagine themselves on platforms previously non-existent.

In a post-truth era, when evidence-based knowledge matters far less than raw emotion — easily mutated into hate — we need independent journalists more than ever.

And we must never fall into the trap that “it can’t happen here." I once sat down with a Bosnian in Montreal in the aftermath of the Bosnia-Herzegovina war. I will never forget the chill I felt when he said, with a sad shake of his head, “Never think it can’t happen here. We never thought it could have happened at home, either.” It was right around the time of the referendum in Quebec and the rhetoric emerging from some circles was ugly.

Just as it is now. Ask any person of colour how they feel the day after a terrorist attack. My friends tell me the hate is palpable. We are a much less civil society than we like to think. These are troubled times and tolerance is on the run.

To think that we are immune to barbarism is naïve, myopic and dangerous. And journalists are a fundamental safeguard against such a descent. We must recognize them as such.

Nicholas Kristof, the acclaimed correspondent for The New York Times recently wrote: “I’ve lost reporter and photographer friends in war zones all over the world, and have had other friends kidnapped and tortured. When Trump galvanizes crowds against reporters in the room, I worry that we may lose journalists in the line of duty not only in places like Syria but also right here at home.”

This is precisely the point. The media has the potential — especially in cases where it is not controlled by corporate interests — to hold power accountable and to counter-balance any shift towards tyranny. There are strong reasons why despots everywhere despise and persecute journalists.

That's precisely why they are so important. As the Quakers so succinctly put it, we need them to speak truth to power.

On November 2, it is worth pausing to remember journalists everywhere who are under fire, in prison, or simply struggling to get the story out. Stories that, as citizens, we absolutely have to hear to help build a better world.