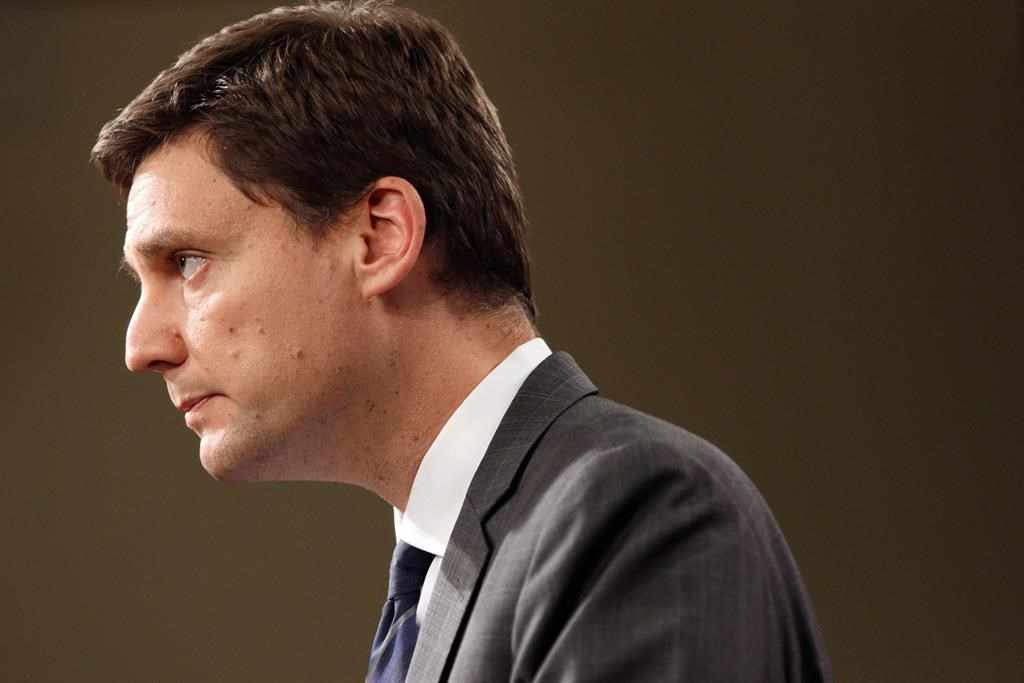 Attorney General David Eby speaks to media during a press conference at Legislature in Victoria, B.C., on September 18, 2017. File photo by The Canadian Press/Chad Hipolito
Previous story
Next story

The appearance of discriminatory posters at the University of Victoria campus are stark reminders of the need to fight racism in its overt and subtle forms, British Columbia's attorney general told law students Friday.

David Eby denounced the posters found on university bulletin boards that called for a fight against "anti-white hatred," saying they are reminders of the work that must be done to identify and prevent racism.

"The posters here at the University of Victoria remind us that there is important work to be done in identifying and rooting out racism and discrimination and also in educating the broader public who may not face this as part of their day-to-day reality," he said.

Eby said racism and discrimination can be overt in the presence of hate-filled posters, flyers and public protests, but there are also subtle forms where people are denied opportunities due to their ethnicity or economic standing.

He said as a young lawyer working in Vancouver's Downtown Eastside he offered advice to Indigenous clients who were regularly turned down by landlords despite their solid qualifications. He also encountered clients on welfare who couldn't get housing because landlords wouldn't offer them places to rent.

Eby's appearance at the law class is part of the New Democrat government's promise to re-establish the B.C. Human Rights Commission, disbanded 15 years ago by the former Liberal government. A public meeting and submission process is open until Nov. 17 and human rights legislation is expected next year.

"It is, in my opinion, critically important to reassure communities targeted by these kinds of posters, flyers and other attacks that government is engaged in this, that we care about it, we want to address it and that this is a place that supports them as a critical piece of our diverse province," said Eby.

The University of Victoria said the posters were removed immediately, but they are examples of the many forms of racism and discrimination that exist on the campus and in society.

"Unfortunately, we also know that discriminatory, racist and anti-Semitic attitudes continue to exist; and this reinforces the importance of education and the responsibility of educational institutions like ours to confront ignorance and actively promote respect, inclusiveness and better understanding'" university president Jamie Cassels said in a statement.

The posters included coded signs and messages to people in underground movements who espouse hatred against Jewish people and others, he said.

"When you're promoting imagery that says to people who understand what it means — Jews will not replace us — and all those connotations, especially given recent neo-Nazi rallies, yes, I would say definitely the work of white supremacists," Koren said.