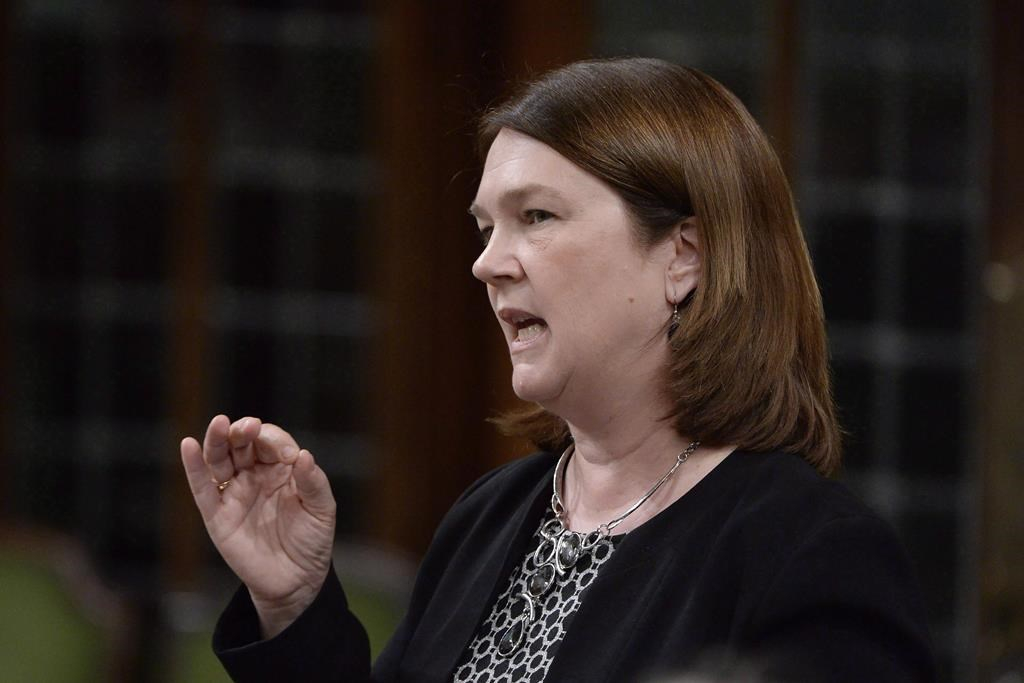 Indigenous Services Minister Jane Philpott rises during question period in the House of Commons on Parliament Hill in Ottawa on Tuesday, Oct. 24, 2017. File photo by The Canadian Press/Adrian Wyld
Previous story
Next story

Indigenous Services Minister Jane Philpott is calling for an emergency meeting early next year on Aboriginal child welfare, likening the current state of affairs to Canada's residential school legacy that forcibly removed young people from their culture and families.

Philpott, who fired off a letter this week to provincial and territorial counterparts requesting their attendance at the meeting, said the rate at which Canada is apprehending Indigenous kids is among the highest in the world.

"To me, this is arguably the most pressing priority of my new department," Philpott said in an interview.

There is no cohesive plan to examine how to get children back into Indigenous communities, she said, suggesting it is necessary to get everyone together who has a role to play, including First Nations, Metis and Inuit leaders, child and family services agencies and groups such as the First Nations Child and Family Caring Society.

The society's executive director Cindy Blackstock, along with the Assembly of First Nations, has been engaged in a battle spanning more than a decade on the underfunding on child welfare services for First Nations children.

AFN National Chief Perry Bellegarde is scheduled to hold a "day of action" today to urge the government to "immediately and fully implement" a 2016 decision from the Canadian Human Rights Tribunal stemming from this lengthy fight.

Philpott said the government is working to comply with the tribunal findings but conceded Ottawa has a "huge responsibility" to tackle outstanding problems with Indigenous child welfare.

She insisted, however, that Ottawa is working to turn the tide.

"We know that the federal government needs to step up and be a real partner in this work," Philpott said in the letter to the provinces and territories.

The minister has pointed out that while lots of works remains to be done, the government has approved more than 19,700 cases since 2016 under what's known as Jordan's principle — a policy aimed at ensuring First Nations children can get services without getting caught in red tape.

The need to address Indigenous child welfare issues topped the list of the TRC's 94 calls to action.