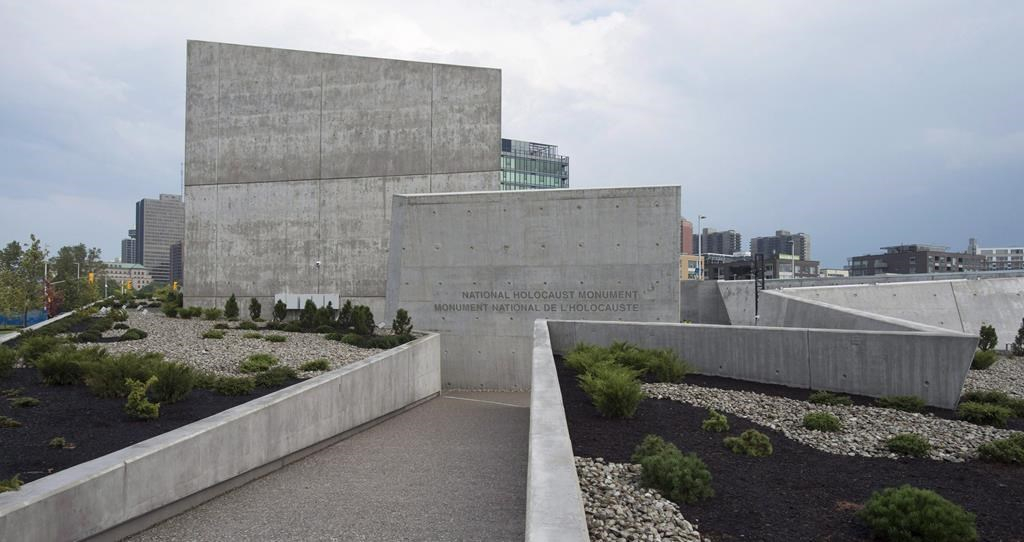 The National Holocaust Monument is seen before the official opening ceremony in Ottawa, on Wednesday, September 27, 2017. File photo by The Canadian Press/Adrian Wyld
Previous story
Next story

The team of volunteers who raised half the funds for the new National Holocaust Monument are hopeful a solution can be found to allow the site to remain open in winter, even if it's not possible this year.

The subject will be high on the agenda for a meeting Thursday between the monument's development council, the designers and the National Capital Commission, that had been previously scheduled before the snow clearing situation sparked debate last week.

The NCC has said that clearing the site of snow and ice risks damaging it, so like many national monuments, it will close later this fall and re-open in the spring.

"It's far from ideal, but I'm also not OK with somebody slipping on the ice and hurting themselves because we didn't put the right measures in place," said Rabbi Daniel Friedman, the chairman of the National Holocaust Monument development council.

The monument opened to the public in September. The concrete structure is composed of a series of rooms that when taken together form a six-pointed Star of David.

Given Ottawa's notoriously harsh winters, questions have been raised about why a monument specifically designed for visitors to walk through wasn't built or budgeted for with snow and ice in mind.

When the green light was given for the monument, the Conservative government of the day said it would contribute up to $4 million, provided the council could raise the same amount from the public.

The entire $8 million budget was eaten up by the original design, approved by a jury after a competition. The idea for a snow melting system or a partial roof didn't get discussed until later, Friedman said.

"By the time they asked us the question . . . it was already in construction mode," said Friedman.

"The question addressed to us wasn't 'would you like this design'. The question was, 'can you come up with another $600,000 or not?' And we said we're hard pressed to be able to meet the budget the way you've given us at the moment."

While they couldn't find the funds then, whether a solution could be found going forward is beyond the scope of the council's responsibility. The council has technically ceased to exist now that the monument is open, and the federal government is responsible for the site's maintenance.

Friedman said the option of a citizens' council is being explored but would require a legislative change.