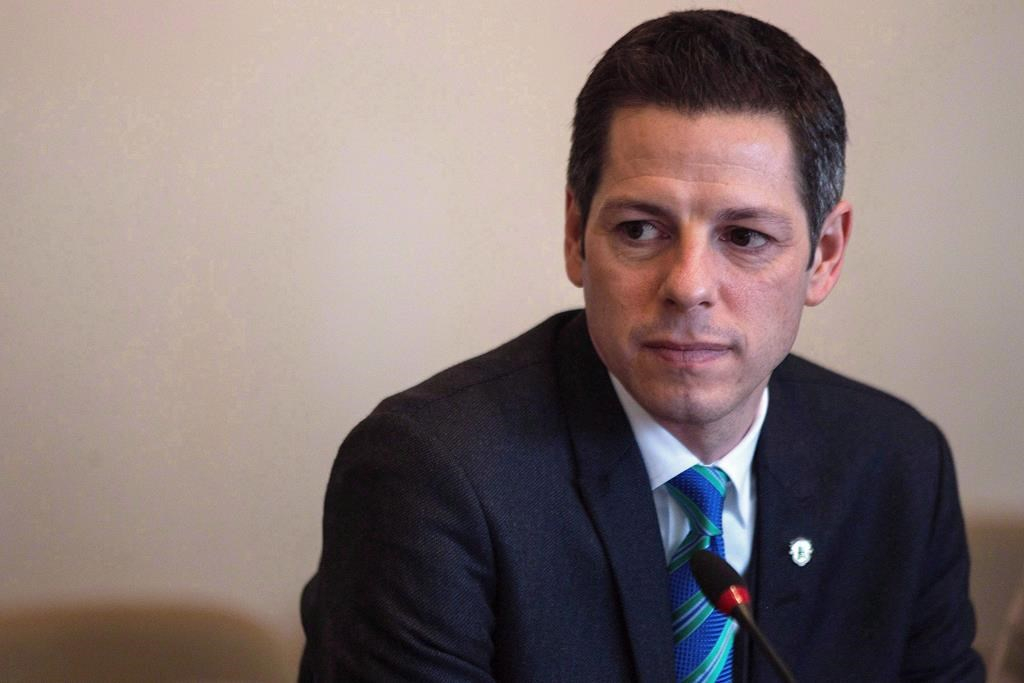 Don Iveson says there needs to be serious conversations about changing the name, given that an organization that represents Inuit people calls the term Eskimos offensive.

Iveson says it doesn't have to be resolved in the next month while the Edmonton Eskimos are in the CFL playoffs.

He says it's up to the team to talk with the public and other stakeholders about what name would work for all, and he'd like to see it happen before the Grey Cup comes to Edmonton next year.

Winnipeg Mayor Brian Bowman said earlier this week he wants the Eskimos to change its name to a more inclusive one.

Natan Obed, president of Inuit Tapiriit Kanatami, which represents Canada's 60,000 Inuit, said Edmonton can be a leader in Canada's movement to reconciliation with Indigenous people by changing the name.

"It is my hope that the team will respect the wishes of the Inuit and replace its moniker with a team name that is not widely considered an ethnic slur," Obed said in a statement.

Iveson said the views of Inuit need to be acknowledged.

"That is difficult to not give serious weight to that feedback," he said Thursday.

The Eskimos said in a statement that it uses the name with "pride and respect."

"At this point in time, we are actively engaged in listening to the conversation that people are having around our name. Those conversations are ongoing and we are keenly listening to all input including from our loyal season seat holders and fans."

The Eskimos are facing the Blue Bombers in the CFL western semifinal on Saturday in Winnipeg.

Similar petitions to change names have been made to the NFL's Washington Redskins, Major League Baseball's Cleveland Indians and Atlanta Braves and the NHL's Chicago Blackhawks.