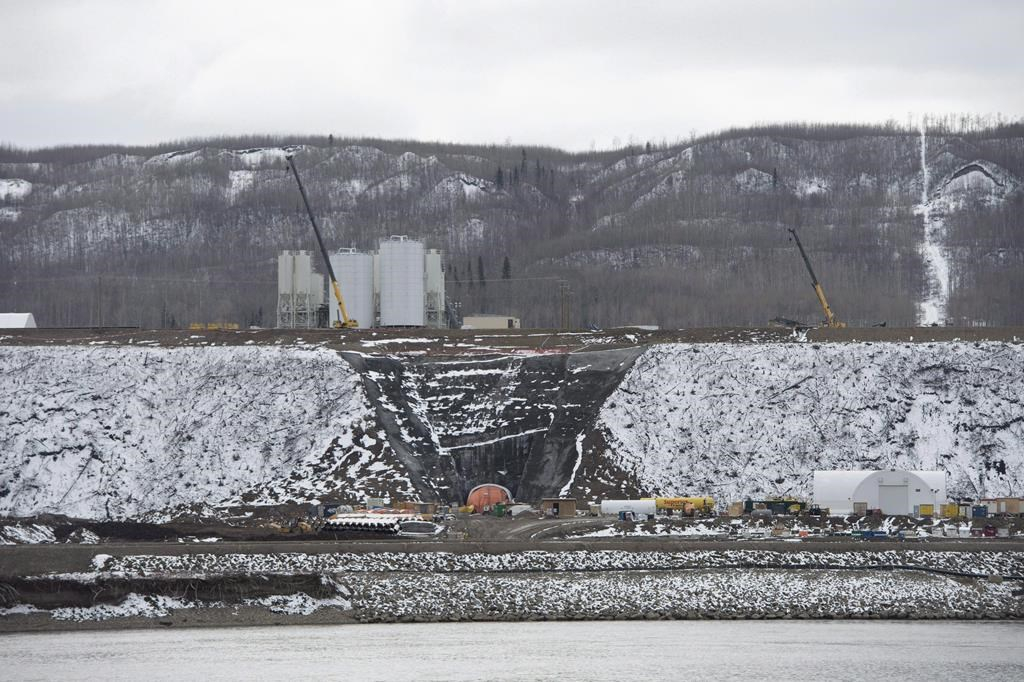 The fate of the largest public project in British Columbia's history, the Site C hydroelectric dam, will be the focus of intense scrutiny this week as provincial cabinet ministers travel north for last-minute consultations.

The New Democrats promised to decide Site C's fate by the end of the year after a review by the B.C. Utilities Commission, the province's independent energy regulator, concluded the dam is over budget and behind schedule.

Construction work on the $8.3-billion project began near Fort St. John in the northeastern part of the province more than two years ago.

The heat is on, said Premier John Horgan, who is sending his ministers of Indigenous relations and energy to the region for consultations with First Nations and community representatives this week.

Horgan said he will continue to crunch numbers and try to decide what's best for rate payers.

Deciding the project's future is the first major test of the minority New Democrats, who have said it will impact the entire province. Site C has been marked by environmental, economic, technological and Indigenous rights concerns that have become the front lines of political battles in the province.

"I, now as the leader of the government, have to look at what the consequences are of what our decision will be going forward," Horgan said.

"It's a very expensive project," said Bakker, who led a team at the University of British Columbia that produced five reports on Site C. "That's the conundrum the province is facing. This could be a huge money sink for the province."

The utilities commission was asked by the NDP government to confirm whether Crown-owned BC Hydro is on target to complete construction of Site C on budget and by 2024. It was also asked to provide advice on three possible outcomes: proceeding with the project, suspending construction until 2024 or terminating it.

The commission concluded suspending and restarting the project in 2024 is the least attractive option, and would add at least $3.6 billion to the price tag.

The review didn't make a recommendation on whether the province should proceed with or cancel the dam, but said terminating Site C would cost $1.8 billion while completing it could cost more than $10 billion.

The commission also said there are viable alternative energy sources, including wind, geothermal and industrial curtailment, that could provide similar benefits with an equal or lower cost.

"The commission's report is very clear that there are high economic risks," Bakker said.

But Liberal Mike Bernier, who represents the Dawson Creek area near the dam, said killing Site C would result in the province losing $4 billion, with nothing to show for its investment.

He said more than 2,000 people are currently working on the dam and their jobs are now under threat.

"Site C is a generational opportunity to help the province grow, give us cheap renewable power and have opportunities for my kids and everybody else's kids," Bernier said. "To me that's why this project is something I'm fighting for because I see the opportunities of building our province."

He said six of eight Indigenous groups near the dam site have signed benefits agreements with BC Hydro.

Indigenous Relations Minister Scott Fraser said he will speak with supporters and opponents of Site C when he visits northeastern B.C. this week.

"We will be meeting with all of the nations regardless of their take on the project or their involvement in any benefits agreements or their opposition," he said. "It's to listen because we don't know what we are going to do."

Chief Roland Willson of the West Moberly First Nation, which is opposed to the dam, had a message for the government during a recent protest at the legislature.

Site C dam not within budget, could cost more than $10B: utilities commission