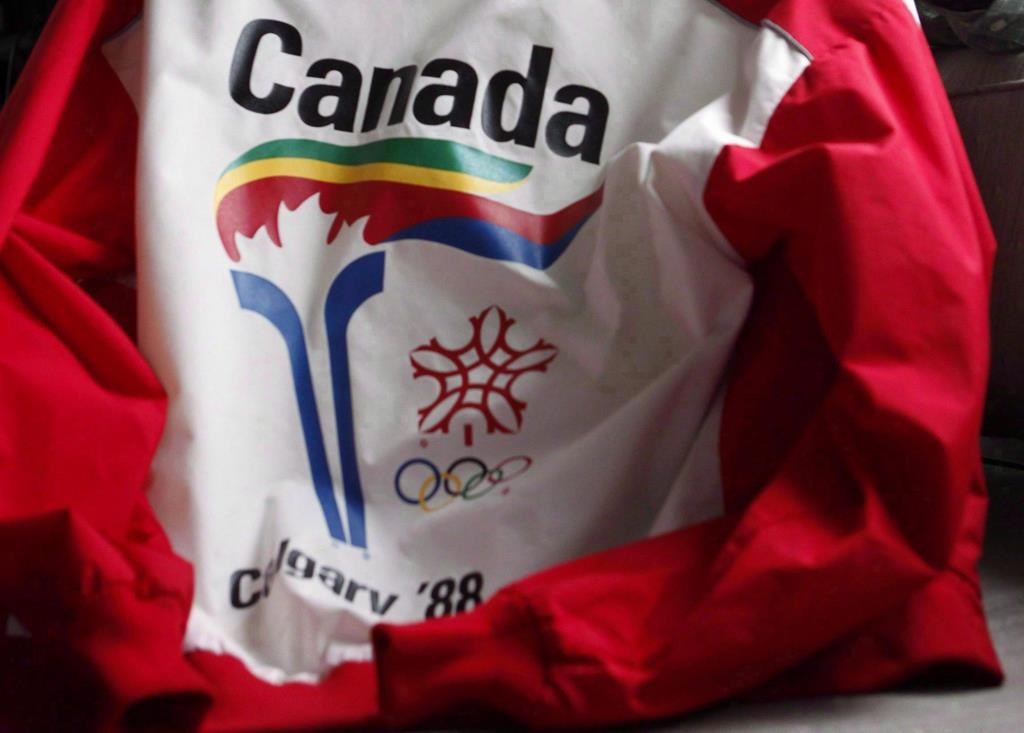 A uniform from the 1988 Olympic torch run is seen in Calgary on Thursday, October 8, 2009. File photo by the Canadian Press/Jeff McIntosh
Previous story
Next story

Calgary is continuing down the road of bidding for the 2026 Olympic and Paralympic Games, at least until the next off-ramp.

City council voted Monday to spend up to $2 million more on work towards a possible bid.

City administration said if council didn't vote for the funding, Calgary should stop pursuing a bid.

But only $1 million of that money will be released until it is known what the federal and provincial governments are willing to contribute to a bid. Council wants that answer by early 2018.

"What I heard clearly from members of council is they didn't want to kill this." Calgary Mayor Naheed Nenshi said.

"They wanted to move forward, but they also understand that one of the really critical things is we're going to need all three orders of government — federal, provincial and municipal — to agree to move forward.

"This is going to a mutual decision between the three orders of government on whether or not to move forward."

City staff estimates a bid price tag would be between $25 million and $30 million.

Calgary was the host city of the 1988 Winter Olympics.

The International Olympic Committee's executive director of Olympic Games was pleased Calgary didn't bow out of 2026 on Monday.

"I'm extremely happy that the council came to that decision," Christophe Dubi told The Canadian Press from South Korea. "Calgary has got tremendous assets to bid. You hosted the Games already so you have a number of venues that are there.

"You have tremendous capabilities to host in Canada. You have very good expertise in Games organization. You also have the support of the population for winter sport in general. It's a die-hard sport-loving nation. I think you have all the raw materials to do something extraordinary."

A project team of city staff and consultants took over the work of the Calgary Bid Exploration Committee, which estimated the cost of hosting the Winter Games at $4.6 billion.

Council gave $5 million for CBEC to conduct its research. CBEC's work came in $1.5 million under budget and those savings were passed onto the project team.

The money approved Monday will be used to prepare Calgary to make a successful bid if the city decides to go ahead, and lay the groundwork for a bid corporation should city council decide early next year to form one.

"This $2 million we're asked to spend, or $1 million until the province and the feds are in, is a risk," Nenshi acknowledged.

"We may end up not bidding or there is a small possibility that we bid and we lose the bid, but are we willing to take that risk to do something that could be incredibly special for Calgary."

Council also voted to study venues outside of Calgary as a cost-saving measure, which could mean using Edmonton's facilities or incorporating venues from the 2010 Winter Games in Vancouver and Whistler, B.C.