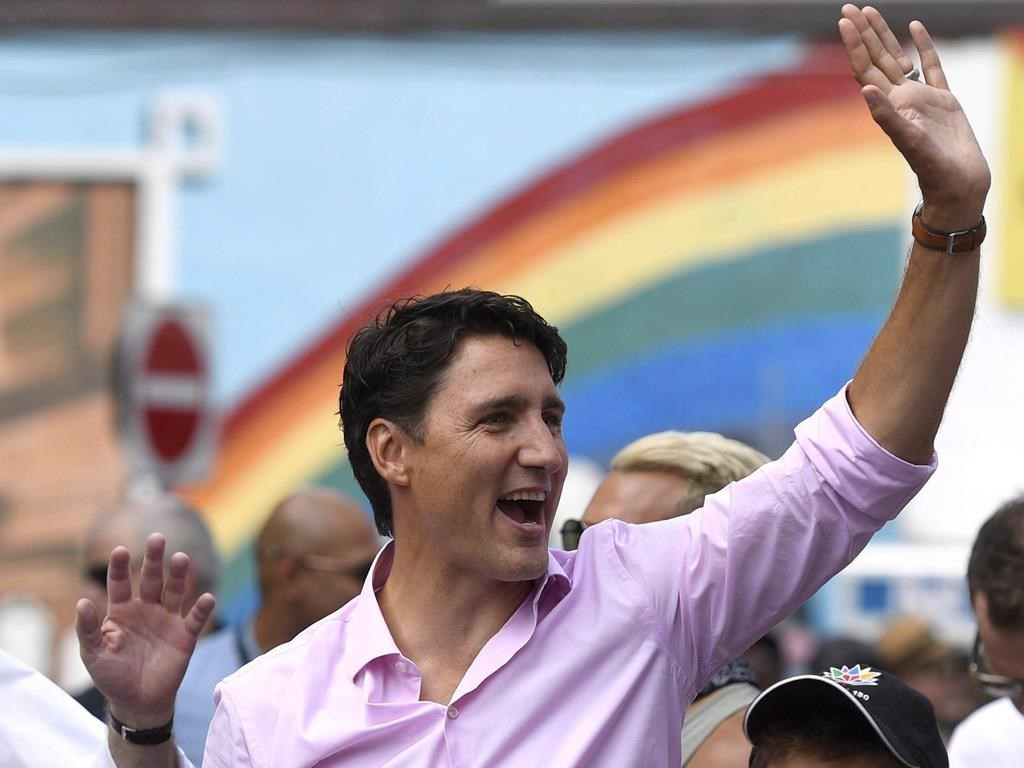 Prime Minister Justin Trudeau should not be the only one to say sorry for state-sanctioned discrimination against LGBTQ people, say advocates who have long demanded the federal government apologize for years of persecution.

Lynne Gouliquer, a military veteran who has researched the history of how LGBTQ people were hounded out of their jobs in the military and the federal government, said she wants to see the heads of the institutions responsible take part in the Nov. 28 apology in the House of Commons.

That should include Defence Minister Harjit Sajjan, acting RCMP commissioner Daniel Dubeau, the chief of the defence staff and the clerk of the Privy Council, said Gouliquer, because it would render the apology more meaningful to those who were directly affected.

"These are all the organizations that perpetrated past discrimination against the LGBTQ community," said Gouliquer, an assistant professor of sociology at Laurentian University in Sudbury.

Spokespeople for Gen. Jonathan Vance, the defence chief, and Michael Wernick, clerk of the Privy Council, who is the top federal bureaucrat, said they will both be in the House of Commons for the apology next week. So will Sajjan and Dubeau, their spokespeople confirmed Monday.

The speech from Trudeau will be followed by statements from the opposition parties.

Gary Kinsman, another sociologist at Laurentian who has been pushing for redress for decades, said having the apology go beyond the prime minister could underscore the commitment to prevent something like this from happening again.

"It's really important for us that it not simply be seen as 'Oh, Justin Trudeau has apologized,' or even that the prime minister has apologized," said Kinsman, who like Gouliquer is a member of the We Demand an Apology Network.

"But the people who are now in positions of leadership in the military and the public service are also committing themselves to this apology and to making sure nothing like this ever happens again."

Separate from the apology, the Liberal government is planning to introduce legislation by the end of the year to expunge the criminal records of Canadians previously convicted of consensual sexual activity with same-sex partners.

The latest economic update set aside $4 million over two years to meet this goal.

The apology is not expected to come with compensation, an issue that is likely to be addressed by Canada-wide class-action lawsuits filed on behalf of LGBTQ people who say they were persecuted and forced out of their jobs in the military and federal government.

Doug Elliott, a Toronto-based lawyer and veteran gay rights activist who is representing the plaintiffs in the class actions, which have yet to be certified in court, expressed cautious optimism earlier this month that a settlement can be reached with the government.

Gouliquer, who recalls living with such fear of sanctions during her 16 years in the military that she kept her living-room curtains closed, said she hopes the apology and surrounding activities will help to raise awareness of how people were treated.

"What are we going to do with this now, not just as a government but as a Canadian society?" she said.

"We don't want this to happen again. Not just to LGBTQ either — to any marginalized group in our society," she said. "We need to have this as a learning lesson and treated as such. That's my hope."