Services provided, but outcomes not tracked for Syrians: auditor general 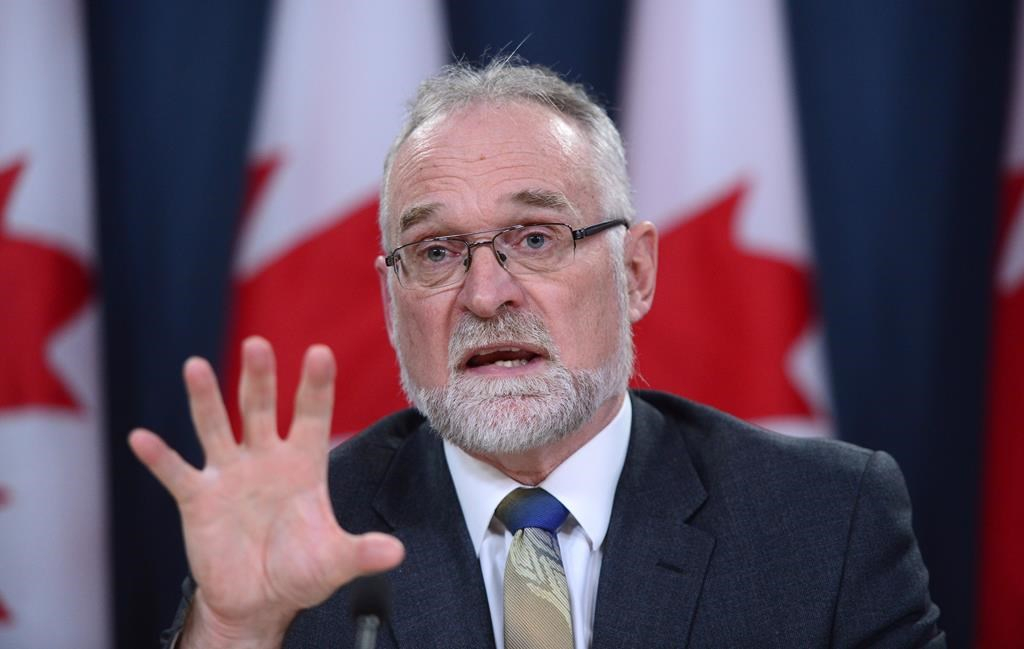 Auditor General Michael Ferguson holds a press conference at the National Press Theatre in Ottawa on Tuesday, Nov. 21, 2017, regarding his 2017 Fall Report. Photo by The Canadian Press/Sean Kilpatrick
Previous story
Next story

The Liberal government is struggling to track the impact of its historic effort to resettle upwards of 40,000 Syrian refugees, the federal auditor general concluded Tuesday in his fall report.

Markers like how many kids are in school or how many Syrians are on income assistance weren't being measured between fall 2015 and the spring of this year, the period examined by the federal watchdog, raising questions about what happened to the population once they began to settle in Canada.

"We were concerned about the department’s inability to track whether the Syrian refugees had access to basic provincial services, such as health care and education — especially considering that part of the department’s objective was to help Syrian refugees benefit from Canada’s social, medical, and economic systems," the auditor general's report said.

While a rapid impact evaluation the population was conducted by the government for the first wave of arrivals, the auditor general went digging over the longer term, looking to see whether Immigration, Refugees and Citizenship Canada was both providing the services newcomers needed and tracking what happened next.

"This audit is important because the Syrian refugee initiative will succeed in the long term only if the people it brought to Canada integrate into Canadian society," the report said.

While the federal government did have a plan to track outcomes, it either didn't collect all the required data outright, or had trouble getting from the provinces and settlement organizations, the report said.

So what happened, for example, was that Syrians in some parts of the country faced lengthy wait times for language classes because the government wasn't keeping an eye on those wait lists and in turn ensuring funds were being allocated where they were needed most.

Still, by March 2017, the auditor general concluded that more than 80 per cent of the new arrivals had their needs assessed, and 75 per cent of those who received language assessments did attend language classes.

Then, some of those services were cut when the government delayed getting the necessary funds to the settlement organizations providing the programs.

The department asked the organizations to keep going with the programs with the promise the money would come later, but 16 groups weren't prepared to take that risk, the report said, and in turn cut programs for three months earlier this year.

It's been almost exactly two years since the Liberals launched the program they'd promised during the 2015 campaign — bring 25,000 Syrians to Canada by the end of that year, for a cost of $250 million.

The deadline was later bumped back and the budget exponentially bumped up — just over $950 million has been set aside. One major increase came in settlement funding. Originally, $141 million over four years was set aside, but that budget was boosted to $257 million over five years when it became clear the Syrians were arriving with higher-than-expected needs.

While the resettlement program has been lauded the world over, one of the main criticisms was that the Liberals rolled out it without enough advance planning for what would happen once the Syrians actually arrived on Canadian soil.

At one point, the pace of new arrivals was so fast, settlement organizations asked for a pause, while early issues with access to housing saw some refugees spending weeks or months living in hotels, unable to get their kids in school or start language classes.

The auditor general made four recommendations in the report, encouraging the Immigration Department to improve its systems for getting money out the door and tracking outcomes, while also ensuring service providers understand what's expected of them.

In its formal response, the Immigration Department said it agrees with the suggestions and work is underway.