Edmonton Eskimos should have conversation about changing name: PM, Notley 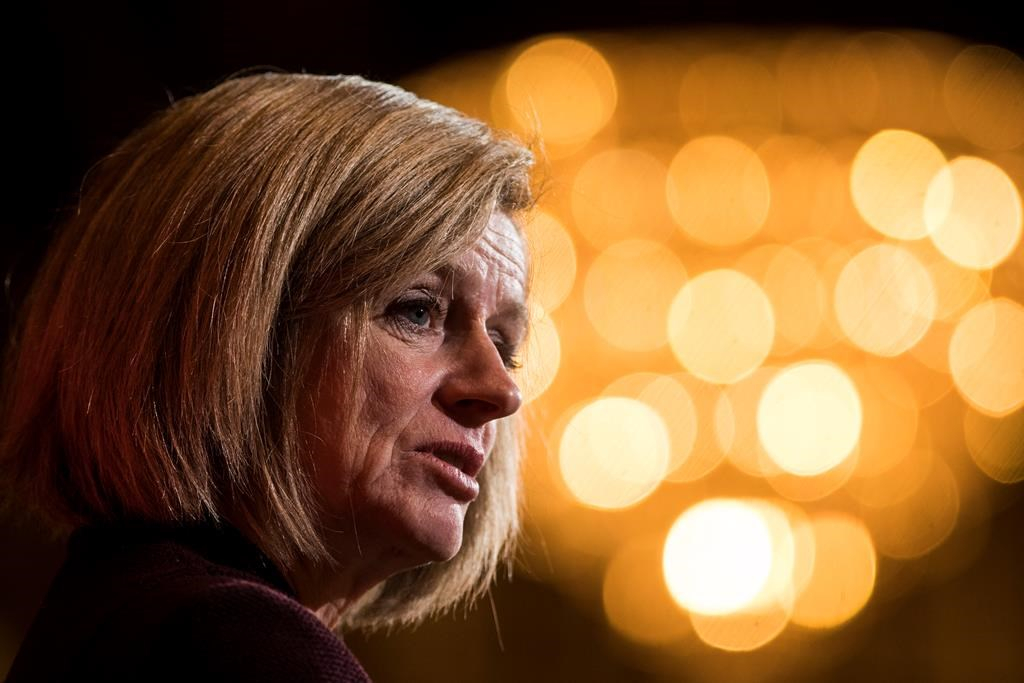 Alberta Premier Rachel Notley speaks at business luncheon put on by the Empire Club of Canada in Toronto, on Monday, November 20, 2017. Photo by The Canadian Press/Mark Blinch
Previous story

Prime Minister Justin Trudeau and Alberta Premier Rachel Notley are the latest prominent voices to urge a public discussion about renaming the CFL's Edmonton Eskimos out of respect for Inuit people.

Many consider the word Eskimo a slur, or at least an uncomfortable vestige of colonialism, prompting periodic calls for a new team nickname in recent years.

However, some fans reject the idea and want to keep the moniker that dates from more than a century ago.

Reconciliation involves listening to concerns and understanding "what habits of the past need to change," Trudeau said Wednesday during a news conference in Toronto.

"This is a discussion and a reflection that the City of Edmonton certainly needs to undertake," Trudeau said. "Reconciliation is not just about Indigenous People and the government. It's about all of us as Canadians — non-Indigenous as well. And I think that's a really important discussion to have."

The Eskimos team said this month that it uses the name with "pride and respect."

"At this point in time, we are actively engaged in listening to the conversation that people are having around our name. Those conversations are ongoing and we are keenly listening to all input including from our loyal season seat holders and fans."

It would show good leadership for the franchise to engage the community — including Indigenous people — in the discussion, Notley said this week in a roundtable interview with The Canadian Press.

"I think that they need to have the conversation. I'm not going to tell them what they should do," she said. "As the premier, I think it would be good for me to hear what people have to say about that."

Notley made the comments during a visit to Ottawa, where fans are gathering for Sunday's Grey Cup game between the Calgary Stampeders and Toronto Argonauts.

Edmonton Mayor Don Iveson recently said he would like to see steps toward a new name for the Eskimos before his city hosts the CFL championship game next year.

Winnipeg Mayor Brian Bowman has also spoken in favour of finding a more inclusive name for the team.

Natan Obed, president of Inuit Tapiriit Kanatami, representing Canada's 60,000 Inuit, endorses the move, calling the term Eskimo an offensive relic of the past.

The Eskimos are taking the right approach, said CFL commissioner Randy Ambrosie, who played his final five CFL seasons with Edmonton, winning a Grey Cup in his last year.

"They're having conversations, they're discussing it with Indigenous communities," he said Wednesday. "The thing I love most about solving problems is the ability to talk to people and I think Edmonton is committed to that."

Ambrosie said a name change would be difficult to imagine, given all the memories.

"When you've got jerseys tucked away that you'll want pass on to your kids and maybe grandkids one day because you're so proud of it . . . the idea of that name going away is hard to fathom. But I also know times change and so we have the conversation and we see where it takes us."

— With files from Dan Ralph