'I would draw the line:' candidate for premier opposes abortion for rape victims 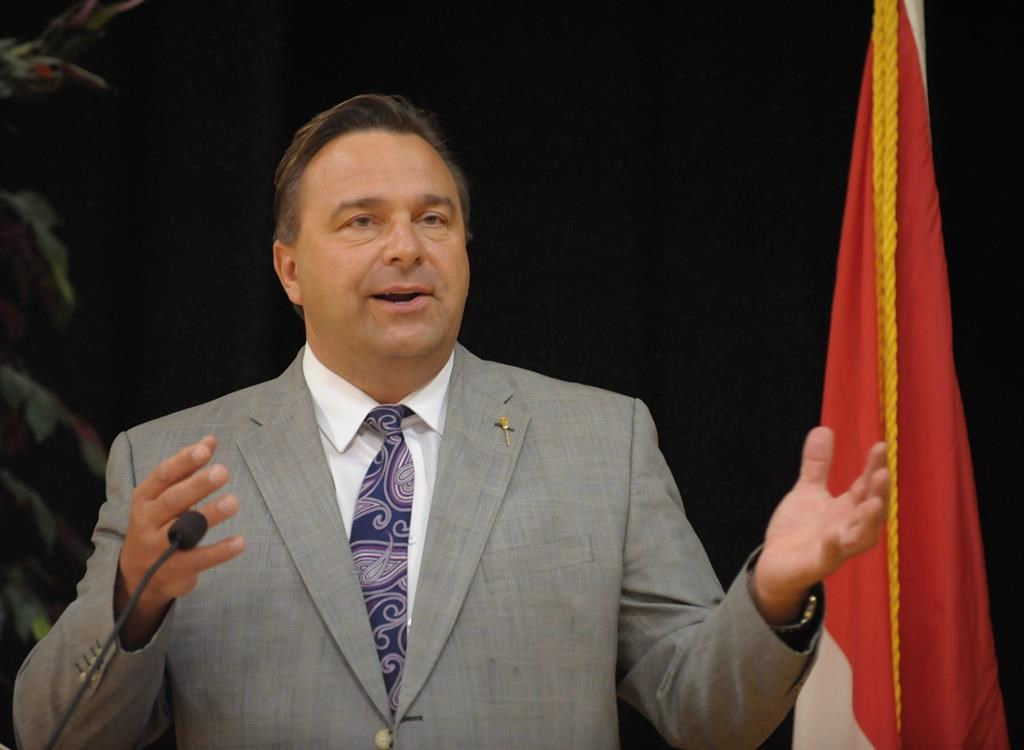 One of the leading candidates in the race to become the next premier of Saskatchewan says he doesn't believe in abortion, even in the case of sex assault victims.

Ken Cheveldayoff, a long-time Saskatoon member of the legislature for the Saskatchewan Party, also says anyone under 18 should need parental consent for the procedure. And he thinks abortions should further be restricted to women facing medical risks, not victims of sexual assault.

"No. I think it's when the life of the mother is in jeopardy — that's where I would draw the line," he told The Canadian Press on Wednesday.

His comments follow an interview recently posted on a website belonging to the Ottawa-based group Right Now, which is dedicated to electing anti-abortion politicians. It ranked Cheveldayoff as the most preferable candidate to replace outgoing Premier Brad Wall.

Wall, who has been one of Canada's highest-profile premiers, is retiring after a decade in office. Cheveldayoff and five others are in the running to lead the Sask. Party, and one is to be chosen Jan. 27.

Cheveldayoff, the former minister of parks, culture and sport, told Right Now that he would support any provincial legislation that protects "the unborn child, anything that emphasizes that life begins at conception."

He told The Canadian Press that his comments represent his own personal beliefs as a father of two children and that abortion is also one of the top five issues people talk to him about.

"It is an issue that has to be discussed in every caucus and every political party in the country," he says. "And again I'd welcome those discussions within the caucus if I'm fortunate enough to be elected premier."

Candidate Rob Clarke, a former Conservative member of Parliament and retired Mountie, also told Right Now that he is anti-abortion and Indigenous people are as well.

"It's a stereotype, where many people believe that First Nations and the Metis are so left-wing and vote NDP."

A spokesman for Clarke's leadership campaign says the posted interview is accurate and that Clarke is letting the interview stand without further comment.

Former environment minister Scott Moe told Right Now that he doesn't support abortion and, if made premier, he would support a discussion of parental notification for abortions.

Abortion is a sensitive but important issue, Moe told The Canadian Press.

Former justice minister Gord Wyant didn't tell Right Now whether he is for or against abortion, but said in his posted interview that politicians cannot attempt to influence the judiciary.

"The courts have mandated the procedure has to be provided as per federal law and restrictions would be unconstitutional."

The website ranked the two remaining candidates in the leadership race, both women, as the least preferred. Right Now says Tina Beaudry-Mellor, former social services minister, and Alanna Koch, the premier's former deputy minister, did not respond to its interview requests.

Officials with Right Now did not respond to calls from The Canadian Press.

Who cares what this fossil

Who cares what this fossil 'believes'? Or where he draws the line? He doesn't have a uterus, or in all likelihood, much understanding of what it takes to raise a healthy child. Shame on the province of my birth for degenerating from Tommy Douglas to this right wing oil besotted crew.

But for the women of Saskatchewan, let's remember the quip of a female New York taxi driver, made during the struggle for reproductive rights. IF MEN COULD HAVE BABIES, ABORTION WOULD BE A SACRAMENT.

Free education is what our children who are here need.....not more self righteous 'belief' systems foisted on them by right wing men.

WOMEN make these choices.
NOT Darwin Award nominees like Cheveldayoff.

This is not a debate. The

This is not a debate. The choice is a woman's and a woman's alone. When Ken grows a uterus, he can have a say about his uterus and that is it.