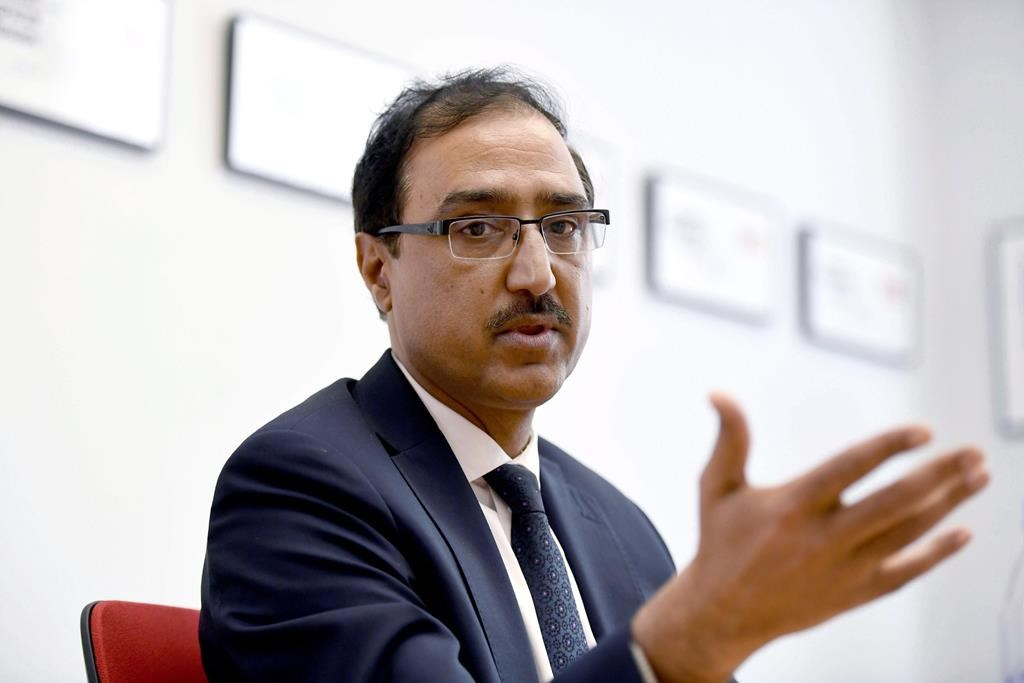 Minister of Infrastructure and Communities Amarjeet Sohi participates in an interview with the Canadian Press in Ottawa on Wednesday, May 17, 2017. File photo by The Canadian Press/Justin Tang
Previous story
Next story

Cities looking for extra federal cash are being pushed to think outside the box and take some risks as part of a federal challenge that launches today.

Infrastructure Minister Amarjeet Sohi is in Calgary to unveil what the government calls its "Smart Cities Challenge," which will provide millions of dollars to communities that come up with the most interesting and innovative ideas.

Other ministers will be in Ottawa and Montreal to make similar announcements.

The ideas could be an after-school program for at-risk youth that lets them learn to write code; a mobile app to help seniors and caregivers co-ordinate transportation; or equipping homeless shelters with online learning hubs to help users find jobs.

Whatever idea cities try, the government says the winning proposals must be scaleable and easy to replicate in other communities, must incorporate data and technology, and must establish measurable and achievable outcomes.

But at its core, the challenge is designed to shift how cities think about delivering services and building infrastructure, and to encourage efforts to achieve a "much broader impact" on municipal planning.

Cities will have to wait until 2019 to find out who wins.

The program is modelled on a similar challenge in the United States two years ago to get cities to rethink their transit and transportation systems. The US$50 million program put an emphasis on use of technology, much as the Canadian version does.

The American challenge came up in talks Sohi had with his U.S. counterparts prior to the Liberal government's 2017 budget.