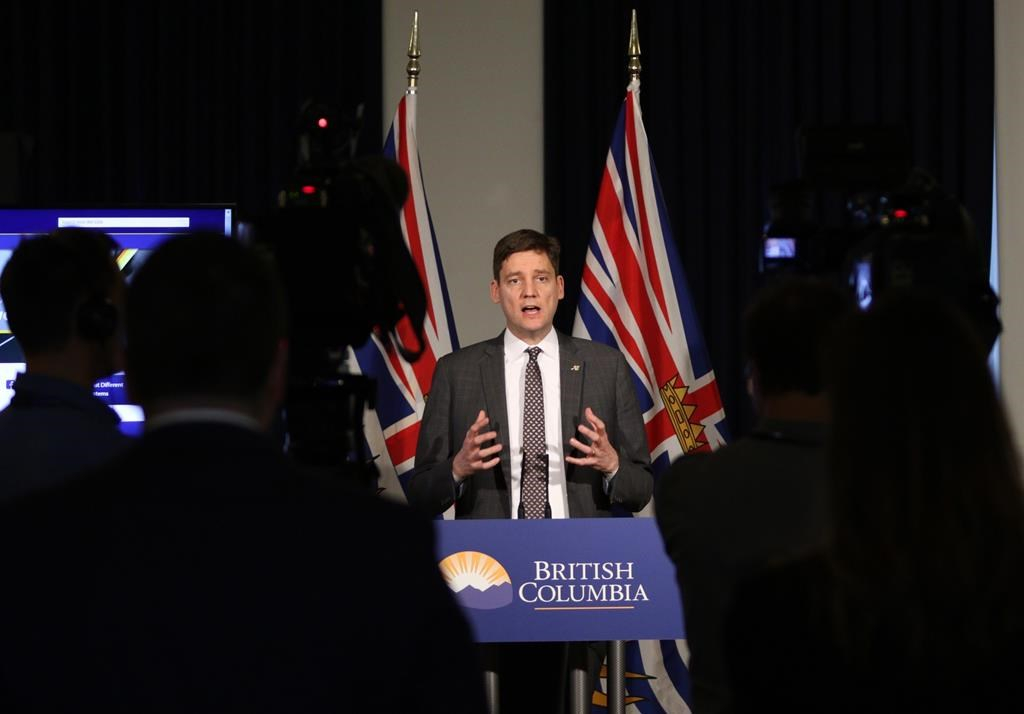 Attorney General David Eby speaks to media following the public engagement launch for next year's provincial referendum on electoral reform during a press conference at Legislature in Victoria, B.C. on Nov. 23, 2017. Photo by The Canadian Press
Previous story
Next story

British Columbians are invited to help shape a referendum planned for next fall that could reform the province's voting system in time for the next election in 2021.

Attorney General David Eby said Thursday that the government has launched its How We Vote website, asking for public input on the question or questions that will be on the referendum ballot.

The New Democrats promised electoral reform during last spring's election campaign and last month introduced legislation calling for a mail-in vote that requires a 50 per cent, plus one margin to be successful.

"We want to hear from all British Columbians so the people of our province can help shape the key elements of the referendum, including: 'What will the ballot question look like? What type of voting systems should be considered? Should government fund advocacy groups and if so, by how much?'"

But the proposed electoral reform law is getting a rough ride in the legislature from the Opposition Liberals who say the NDP hatched a plan to bring in undemocratic reforms and reward Green party members, who are backing the minority New Democrats with three seats.

"The small Green tail continues to wag the bloated orange dog," said backbench Liberal Doug Clovechok in the legislature, referring to the orange colour of the New Democrats. "Can you say, tyranny of the majority? That's exactly what proportional representation under Bill 6 represents."

Clovechok said the current first-past-the-post electoral system has provided the foundation for stable governments since Confederation.

He said moving to a system of proportional representation will put more power in urban ridings at the expense of the rural voters he represents in B.C.'s Kootenay region.

"I have yet to hear how it is that going to British Columbians to ask them to vote on something is anti-democratic," he said.

"We've had peace, order and good government in this country for 150 years with the current electoral system," he said. "It's time for the NDP government to realize they are going down the wrong track."

Eby said the public process ends Feb. 28, and his ministry will prepare a report with recommendations that will go to the B.C. cabinet for approval.

Premier John Horgan has said B.C.'s current electoral system is not fair. He said in the past five B.C. elections, only one political party formed government after receiving more than 50 per cent of the votes.