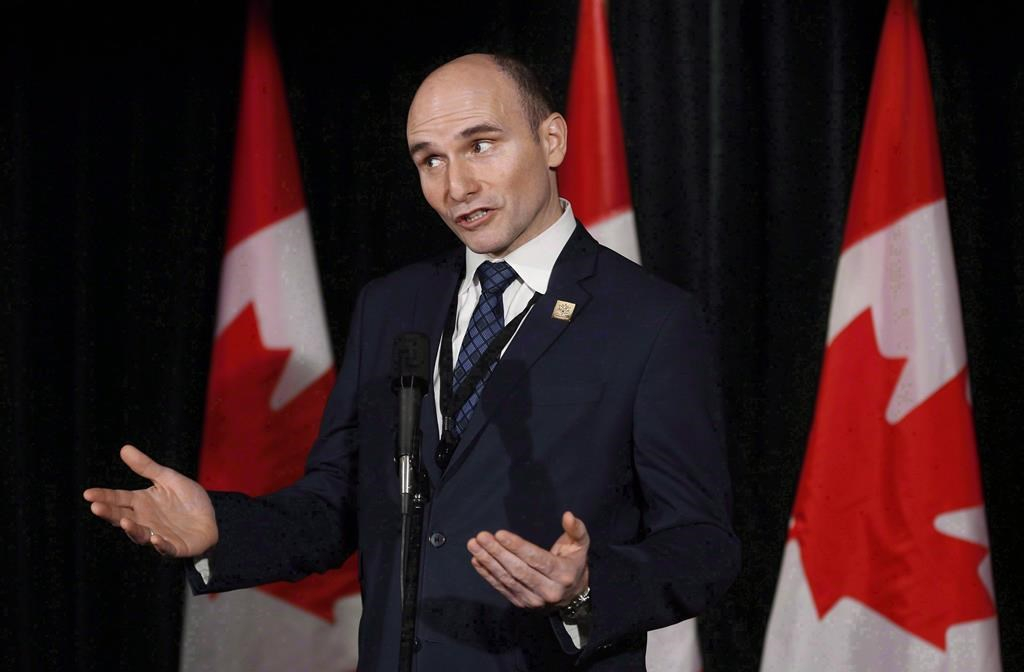 The Trudeau government is facing calls to produce its long-awaited plan to help homeless veterans in Canada, after their plight received only a passing mention in the Liberals' new national housing strategy.

The government has been working for more than a year on a plan to support homeless veterans and those at risk of becoming homeless, who advocates say need and deserve extra attention after serving in uniform.

The national housing strategy released by the Liberals this week did include a specific recognition that "veteran homelessness is unacceptable," and that "one homeless veteran is one too many."

But it was otherwise vague on plans to address the problem, stating without any specifics that it was expanding veterans' access to affordable housing and working with other levels of government and civil society.

Social Development Minister Jean-Yves Duclos told The Canadian Press that Veterans Affairs Canada is continuing to work on measures to help veterans in need, but didn't offer any additional details.

"This strategy will identify gaps in existing policies and programs and propose evidence-based initiatives that will focus on the prevention and elimination of veteran homelessness," Gauthier said in an email.

"The plan is to develop, achieve and sustain a well-co-ordinated and efficient system that assures homelessness is rare, brief or non-occurring and no veteran is forced to live on the street."

Still, those who interact with homeless veterans are questioning why it is taking the government so long to unveil its plan given that hundreds, if not thousands, of veterans are currently at risk.

"I hope to see something coming in the very near future associated with a specific focus on veterans," said retired navy captain Mark Eldridge, who works with the Ottawa-based group Soldiers Helping Soldiers.

"The existence of these guys on the street is a disappointment to us, it should be an embarrassment to the government, and it is a reality that 85 people per night are suffering in the National Capital Region right now."

The exact number of homeless veterans is unclear. Veterans Affairs Canada says it has 785 in its client database, but past surveys and studies have pegged the actual number at closer to 3,000 — if not much more.

And there are concerns that the numbers are growing due to late-onset post-traumatic stress disorder and other psychological trauma, and longer delays in processing pensions and disability benefits to hurt soldiers.

"Normally the summer is a little bit slower but in August we cracked the 200 mark and we haven't looked back since then. That includes homeless veterans and those at risk. So our numbers are climbing, for sure."

A draft version of the government's plan for homeless veterans, prepared in October 2016 and obtained by The Canadian Press, showed a heavy focus on providing veterans in crisis with help paying the rent or mortgage.

Advocates say more money is certainly required, but there also needs to be a concerted effort to bring together the various groups focused specifically on homeless veterans to close any gaps and share lessons learned.

They would also like to see shelters and other support groups better informed of veterans' unique needs, improved follow-up from Veterans Affairs, and an end to the long waits for pensions and disability benefits.

"When it comes to the men and women of the military, there's a whole variety of reasons as to why they become homeless," said Peter Stoffer, a former New Democrat MP and long-time veterans' advocate.

"And a lot of that can be stopped by making sure they get the right medical and professional and pharmaceutical help that they require in order for them to stay in their own homes longer."

Over 2,250 veterans homeless in Canada