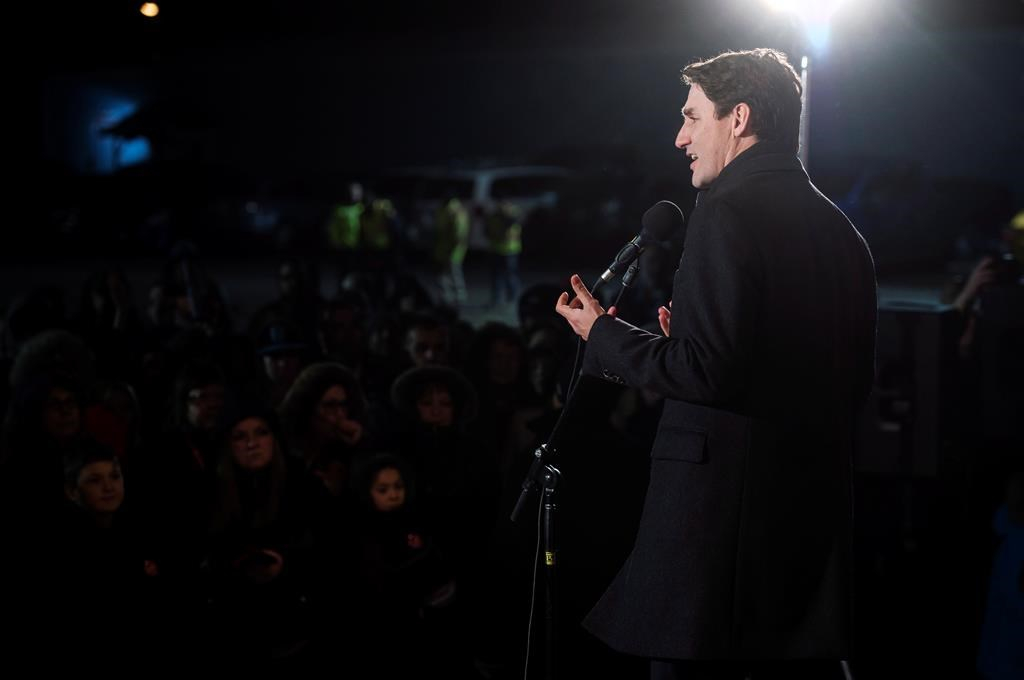 Prime Minister Justin Trudeau speaks to a crowd of supporters in Clarenville, N.L. on Thursday, November 23, 2017. Photo by The Canadian Press/Darren Calabrese
Previous story
Next story

Prime Minister Justin Trudeau will be in Goose Bay today to apologize for abuse and cultural losses at residential schools in Newfoundland and Labrador.

Former students at five schools in the province were left out of a compensation package and national apology in 2008 by former prime minister Stephen Harper.

His Conservative government argued for much of the next decade that Ottawa didn't oversee those schools but the Liberal government offered last year to settle a class-action lawsuit for $50 million.

Plaintiffs' lawyer Steven Cooper says 960 former students have now received compensation, but an apology was important for many of them.

Trudeau is to offer the apology at a ceremony including former students, Aboriginal dancers and drummers.

However Innu leaders are boycotting today's event and won't accept the apology, saying Innu children suffered in other places besides residential schools. The leaders have issued a statement saying they met with members of their community on Thursday and received a clear message.

"The response from members of our community has been quite emotional, it is clear that Innu need apologies for more than the experience in the International Grenfell Association run residential school dormitories," Grand Chief Gregory Rich said in the statement.

"I’m not satisfied that Canada understands yet what it has done to Innu and what it is still doing.”

The statement says Innu children were abused in Roman Catholic schools and in the homes of teachers and missionaries in the communities of Sheshatshiu and Davis Inlet. It said governments haven't recognized that.

“The truth of what happened to the past generations of Innu has never been fully documented and we can’t deal with this in bits and pieces,” said Chief Eugene Hart of the Sheshatshiu Innu First Nation.