Bill to clear past convictions for consensual same-sex activity coming on Tuesday, Nov. 28, 2017 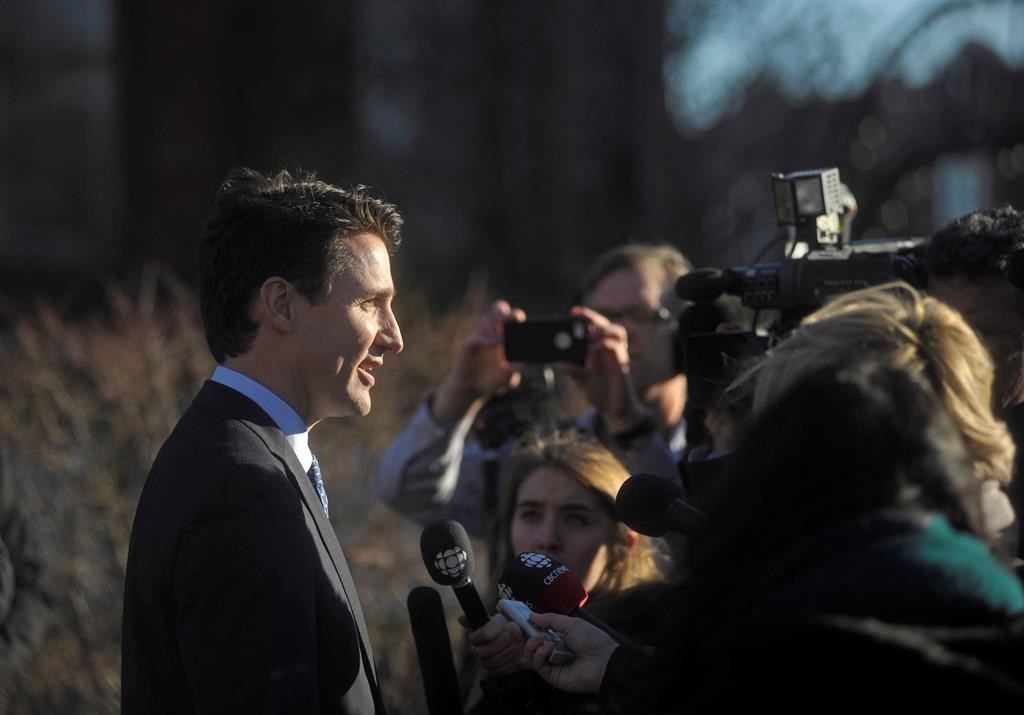 Prime Minister Justin Trudeau takes questions from the media outside the Confederation Centre of the Arts in Charlottetown, P.E.I., on Thursday, Nov. 23, 2017. File photo by The Canadian Press/Nathan Rochford
Previous story
Next story

The Liberal government will introduce legislation Tuesday to expunge the criminal records of Canadians previously convicted of consensual sexual activity with same-sex partners.

The new bill is being timed to coincide with Prime Minister Justin Trudeau's long-awaited apology for state-sanctioned discrimination against members of the LGBTQ community.

Public Safety Minister Ralph Goodale gave notice Friday of the bill, entitled "an act to establish a procedure for expunging certain historically unjust convictions and to make related amendments to other acts."

The legislation was promised back in June and the government set aside $4 million to support the process in their recent fall financial update.

Trudeau's broad apology will acknowledge how, between the 1950s and 1990s, members of the military, RCMP and civil service were discriminated against on the basis of their sexual orientation.

He'll address people outside those circles as well who were convicted of criminal charges linked to consensual sexual activity with same-sex partners.

Some reports have suggested there are as many as 6,000 people with a criminal record for that reason. The legislation is intended to address those records.

Notice of the pending bill came as lawyers for more than 2,000 people who are suing the government over alleged persecution by the government for their sexual orientation continued their negotiations.

"I am delighted. There was some doubt it would happen," Doug Elliott, a lawyer representing the plaintiffs in the proposed class action, said of the bill.

He said they remain optimistic the lawsuit will get settled as well. Government insiders were hopeful a settlement could be reached in time for Tuesday's apology but that was not certain Friday.

It ought to be settled, said NDP MP Peter Julian.

"If the government keeps taking people to court, whether we're talking about members of the LGBTQ community that saw their rights pushed aside, or indigenous kids who are fighting for their own health care, then the apology's not meaningful," NDP MP Peter Julian said Friday.

"And so the apology is a first step."

Trudeau delivered an apology Friday for abuse and cultural losses at residential schools in Newfoundland and Labrador. He said apologies like that one, and next week's, are an opportunity to move forward in a way that promotes healing.

"We will continue to work with affected communities to make sure the path we are on together as a country remembers and acknowledges the mistakes of the past, makes restitution in as much as its possible and moves forward (in a way) that both honours and remembers people's suffering but ensures that the lessons learned are implemented for future generations."