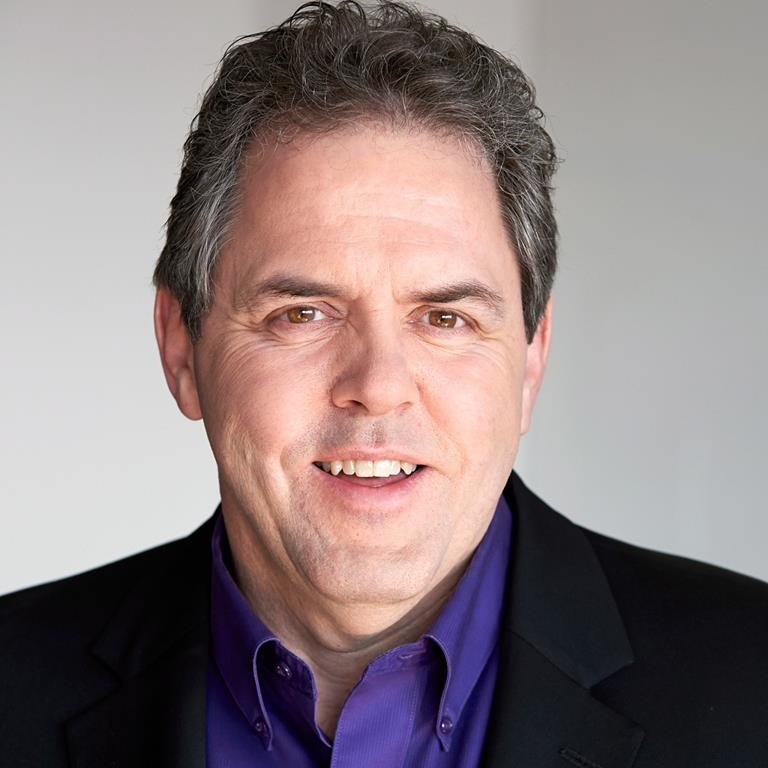 David Sparrow, National President of the Academy of Canadian Cinema and Television (ACTRA) is seen in this undated handout photo. Handout photo by The ACTRA
Previous story
Next story

Groups representing Canada's screen and stage talent say they feel a sense of "urgency" in implementing a new collective approach to end sexual harassment, but they also want to get it right.

Representatives from 16 organizations — including the actors' union ACTRA, the Academy of Canadian Cinema and Television, and the Director's Guild of Canada (DGC) — gathered with a moderator and a few lawyers Thursday in a five-hour, closed-door meeting in Toronto to discuss sexual harassment, discrimination, bullying and violence.

They emerged with an agreement that there should be "zero tolerance for such behaviour" and a recognition "that increasing gender equality and diversity across our industry is an important part of the solution," according to a statement.

They also committed to four steps, including "enacting an industry-wide code of conduct" that would clearly define expectations of appropriate and inappropriate behaviour, enforcement and consequences.

In an interview Friday, David Sparrow, national president of ACTRA, didn't want to give a timeline on when the measures might be implemented.

"I am saying that we're going to move speedily on this," he said by phone.

"We want to have things in place as soon as possible. But the entire group believes that getting it right is more important than doing it fast."

His thoughts were echoed by Kendrie Upton, executive director of the DGC's B.C. branch, who is the guild's national lead on anti-harassment.

"I think to hesitate will cost us valuable momentum," she said.

"But at the same time it's equally important that we do this right and we need a process to bring about fair, thoughtful, effective measures."

Upton said the meeting gave her "a real sense of optimism around the culture shift" they're aiming to create.

"To see all of the major organizations at that table ready and willing to work together to design a new normal that ensures that people get a safe and respectful workplace on Canadian sets — it's awe-inspiring, actually," she said.

"It's a change that will require a lot of people to commit a lot of time and energy but I really felt that willingness in the room yesterday in a genuine way."

Sparrow is heading up a group that is drafting the new industry code of conduct.

"In terms of this code of conduct, I'm not a lawyer so I don't know to what degree it will be legally binding on people," said Sparrow.

"I think that it's one of those things that, if the industry comes out with one voice and says, 'We have all agreed to the following conduct on our sets,' then certainly we would have the moral ground to be able to say, 'Well, your organization signed on to this code of conduct, correct? ... and therefore, since one of your members has transgressed in this or that way, then I'm sure that you plan to do something about that.'

"And we would hope, and I would expect, based on the kind of conversations we had yesterday, that people will respond in a positive way at that time and will deal with those members."

Toronto actress Mia Kirshner, who says she's a survivor of harassment in the industry and sexual assault, is hoping Sparrow and ACTRA will also participate in an event for the #AfterMeToo group she co-created.

#AfterMeToo, which also includes screen industry leaders from across Canada, aims "to ensure that appropriate legislation, culture and policy shift to protect the survivor rather than the predator."

"We think he should be there to speak, because really, if the people creating the legislation and policies are working to the exclusion of hearing those affected by the policy, how can that be effective? I want it to be effective. It has to be effective," Kirshner said.

Sparrow said he isn't able to go to the first #AfterMeToo roundtable discussion on Dec. 5, noting it conflicts with the "newest elected ACTRA Toronto council meeting and a number of other events that are happening that day."

Kirshner said she tried to get in on ACTRA's closed-door meetings on the topic but hasn't been allowed.

While she was invited by ACTRA to be a part of a new committee to deal with the topic, she declined because they didn't give her specifics on what it involved.

"Was it democratically formed? What was the purpose? What kind of independence would we have?" she said.

"I feel very strongly that if I'm going to add my name to something, I need to know what I'm adding it to and to what purpose this is, not a vague collection of ideas."

Asked whether he would consider attending another #AfterMeToo event on a different date, Sparrow said he would "consider the concept."

"Our communications folks have been in touch with them, we're certainly willing to share information with them," he said.

"I'm always willing to sit down with anybody and have a discussion about next steps we can take and how we can make the industry stronger and better."