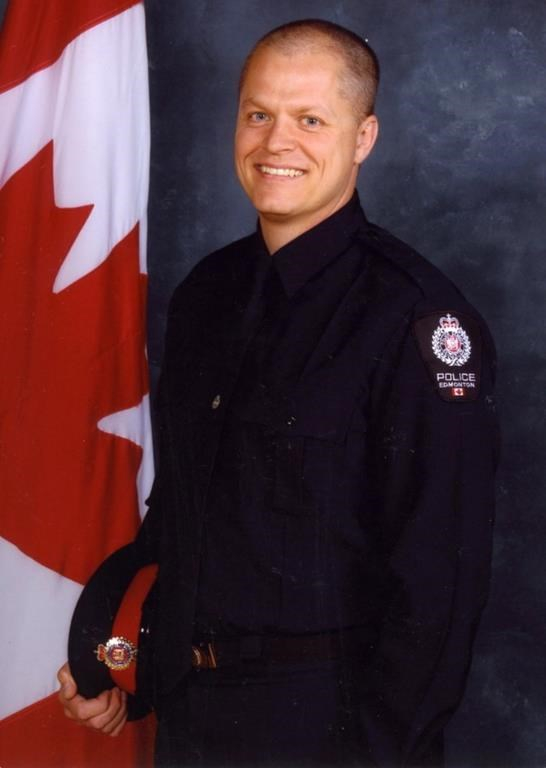 An Edmonton police officer who was rammed by a vehicle outside a CFL game and then stabbed says his life has returned to normal.

Const. Mike Chernyk was on duty outside Commonwealth Stadium on Sept. 30 when a speeding car rammed through a barrier and sent him flying five metres in the air.

The driver got out, pulled out a large knife and began stabbing Chernyk.

Four pedestrians were hit and injured hours later when the driver of a cube van with police cars in pursuit sped down Jasper Avenue, one of Edmonton's main streets.

Chernyk said in a statement on the Edmonton Police Service website that what happened has not deterred him from being a police officer, it has strengthened his desire to help people and he will continue to protect and serve the public.

He also thanked Edmontonians and people from across Canada for their kind words, well wishes and cards.

"I’ve received emails from people I’ve never met, including other officers who said that what I did has made them more vigilant and want to train harder," he said in the post.

"We get into policing because we want to help people and do the right thing for the right reasons, so if what happened to me inspires people and brings them together, then I really can’t ask for more than that."

Chernyk, a 10-year-veteran, suffered stab wounds to the face and the head but was released from hospital relatively quickly. He returned to work in October.

Abdulahi Hasan Sharif is charged with several counts of attempted murder. His next court appearance is Dec. 13. The court has ordered two psychiatric assessments for Sharif.

An Islamic State flag was found in the car used in the attack, but no terrorism charges have been laid against Sharif.