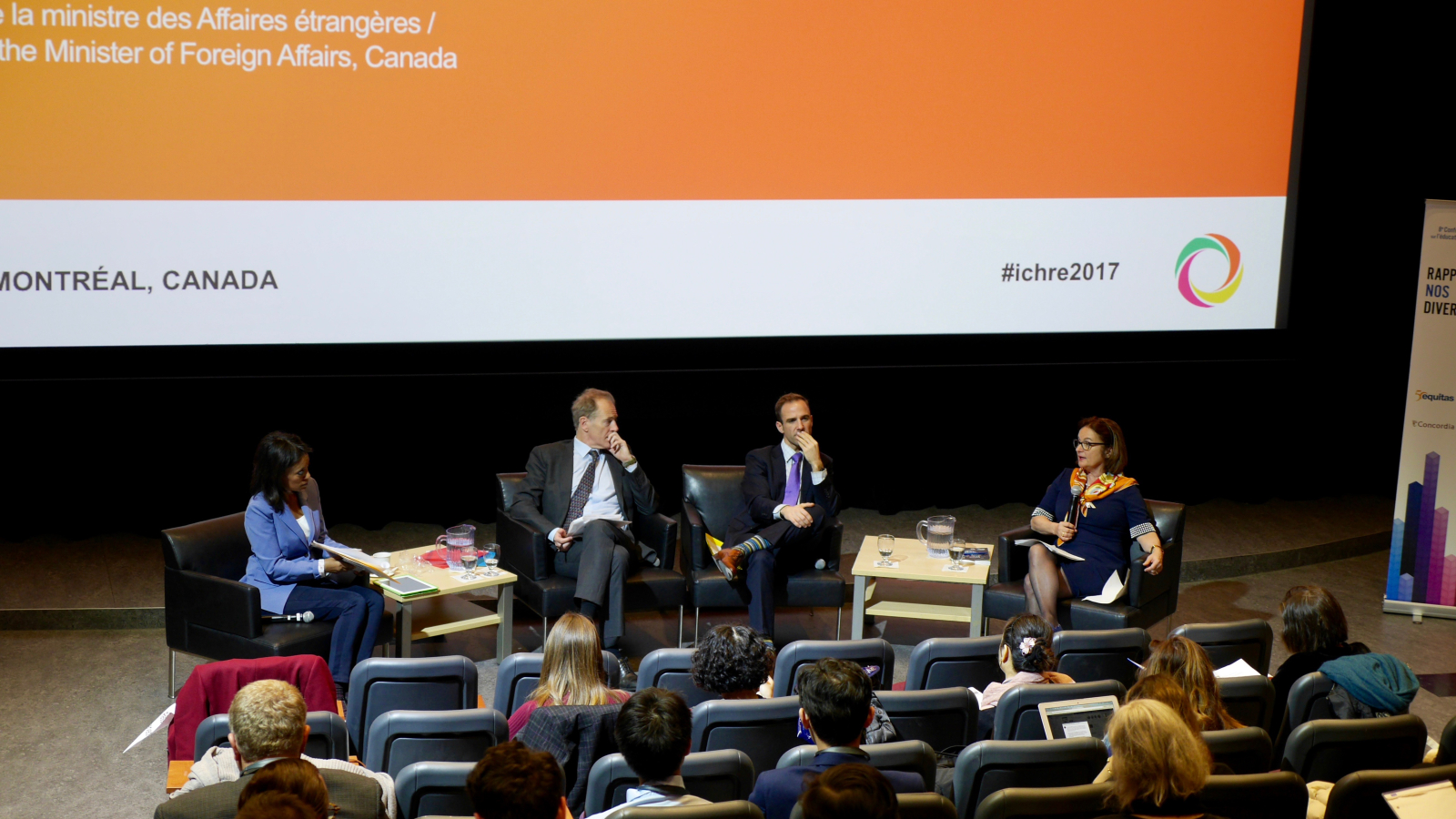 Canada and Quebec should look at their own records before "giving lessons" to other jurisdictions about human rights, says Julie Miville-Dechêne, Quebec’s newly-appointed international envoy for human rights.

“We need to be ready to recognize our own human rights difficulties and that means that no state, whether Canada or Quebec, is white as snow on these questions," she said Friday during a panel at a human rights conference in Montreal. "We just have to think about violence against women… Indigenous issues. So we need to both be on the international stage but not give lessons without realizing we have work to do."

On the weekend, human rights champions from 50 countries gathered with Quebec and Canadian officials and politicians at the conference of about 200 participants. The theme was bridging diversities, and participants called for more human rights education and consideration from key policy-makers, including governments and academic institutions at a time of rising populist and authoritarian movements.

Miville-Dechêne, a former Quebec representative at UNESCO, the United Nations body on culture, heritage and science, recently returned from Paris to her home province to take on the new job of human rights envoy created by Quebec’s foreign department to further enhance its advocacy for human rights abroad. Her job starts Dec. 5.

“The idea is to favor adhesion of other countries to values that are dear to Quebec,” she told National Observer.

Human rights education should be a priority

Miville-Dechêne plans on focusing on women and LGTBQ rights, two domains in which, she said, Quebec deems it has historical expertise given its “strong social movements,” political and judicial will.

While most of her job will involve international diplomacy, she remains keenly aware of challenges in Quebec.

“We know that we’re not safe from any of these intolerance movements, we’ve seen it in the news so… we need to ensure there’s a greater tolerance toward those who do not resemble us," she said. "It’s essential."

“The real objective of this conference is to make governments, academic institutions but also organizations that are working on these issues understand the importance of adopting a human rights-based approach so when governments are releasing policies around migration issues, diversity issues, they make references to human rights,” Hamilton told National Observer.

Speaking at a panel on human rights education as a response to global challenges alongside Miville-Dechêne, Andrew Gilmour, the United Nations Assistant Secretary-General for Human Rights, spoke of temptations in developed countries to “squeeze human rights.”

“The deliberate whipping up of hatred against minorities is a truly troubling phenomenon and I think many of us never imagined that we would see this coming from countries like that,” he said.

Matt DeCourcey, Liberal MP for Fredericton and parliamentary secretary to the minister of foreign affairs, also remarked on the need to be aware of human rights at home while working abroad.

“We know that we have work to do internationally to help build capacity around the world for human rights' respect but we know there's important work to continue to do at home,” he said to National Observer.

Canada "a desired entity on the world stage," says MP

He said that the Liberal government and the prime minister’s priority on human rights through feminist foreign policy, or actions taken to apologize for past wrongs such as those against the LGBTQ2 community, have helped Canada become a leader.

“I've had the chance to travel abroad a number of times in my responsibility as parliamentary secretary for the minister of foreign affairs and I can tell you that Canada is a desired entity on the world stage right now,” he said.

However, at home the Liberal government has been criticized for proceeding with arms exports to Saudi Arabia despite documented human rights violations.

DeCourcey thinks a current bill to amend the Export and Import Permits Act and the Criminal Code that is being studied in committee could help ensure “Canada can be a leader in the trade of arms and helping regulate the trade of arms around the world.”

Bill C-47 will allow Canada's accession to the Arms Trade Treaty, an international agreement on the sale of conventional arms from small arms to tanks and aircrafts already in place in among several of Canada’s main partners including France, Germany and the United Kingdom.

DeCourcey said human rights were an “essential part” of all of Canada’s international engagements.

Time for Canada to walk the talk on human rights