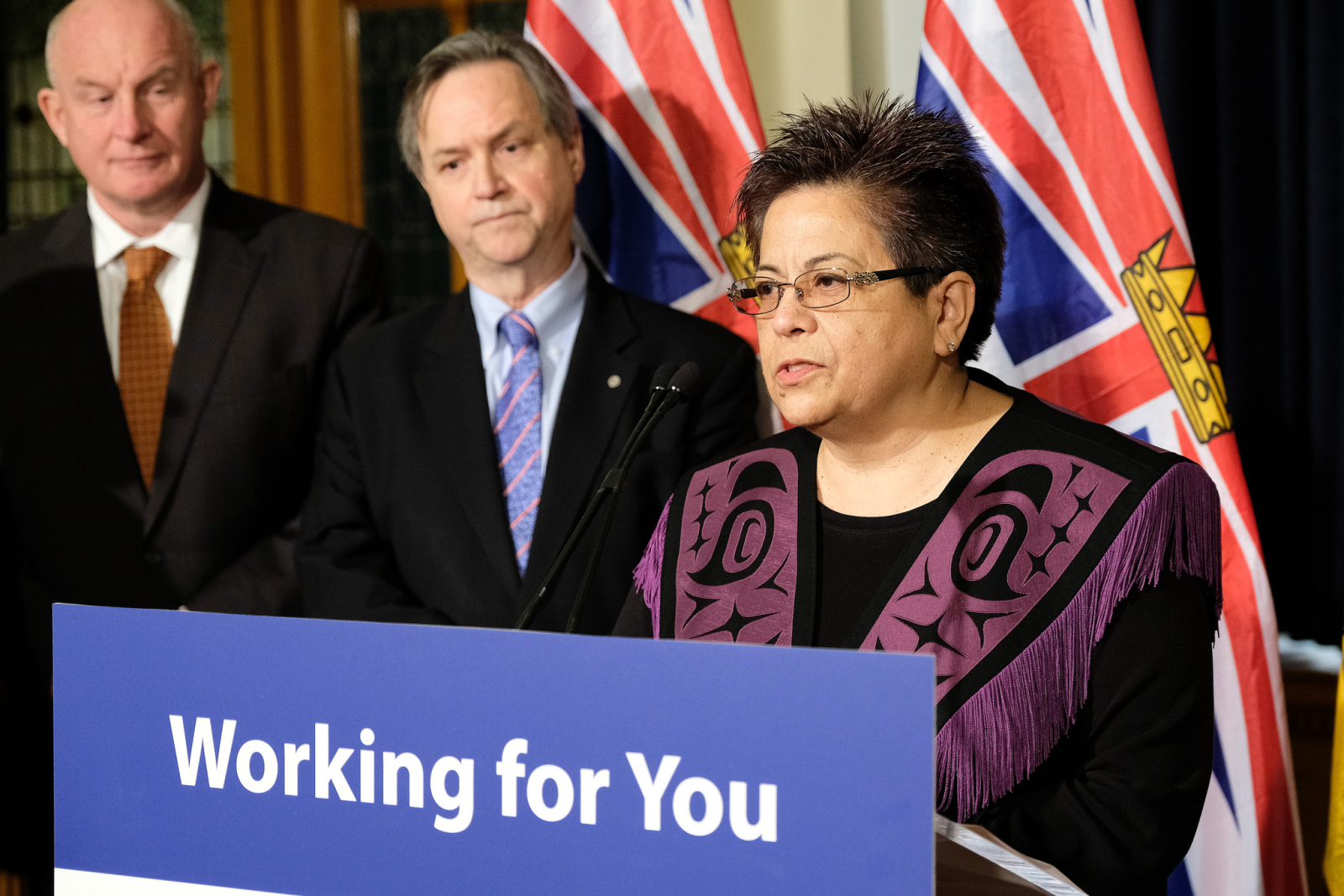 “2017 was the worst fire season in recent memory. We also had unprecedented floods this spring that have often been forgotten as a result of the record-setting fire season, which devastated communities, displaced tens of thousands of people and disrupted the economy as the fires were happening and continues to disrupt the economy in the Interior,” Horgan said.

The fire season put B.C. in a state of emergency for 10 weeks, forced about 65,000 people from their homes and destroyed more than 190 houses. More than $564 million was spent trying to control more than 1,346 fires. Just weeks before the devastating fire season, flooding in the Interior caused significant damage and disruption estimated at $400 million.

Chief Maureen Chapman, from Clearwater, B.C., is the hereditary Chief of the Sq'ewá:lxw (Skawahlook) First Nation, a position she has held since 1999. She is an advocate for First Nations self-governance and autonomy, the government said in its news release.

George Abbott, a Liberal MLA from 1996 to 2013 representing Shuswap, did stints as B.C.’s minister of education and as leader of four other ministries. Before entering provincial politics, he was chair of the Columbia-Shuswap Regional District and a councillor with the District of Sicamous.

“This is a challenging file, but I’m confident with these two superlative individuals we will get an outstanding external review,” Horgan said.

Abbott commended the government for appointing Chapman to the review, saying it sends a “huge, significant important message” about relations with Indigenous peoples.

I agree — appointing a First Nations woman to co-chair a major provincial review sends a remarkable and noteworthy message about the relationship between the provincial government and Indigenous peoples. 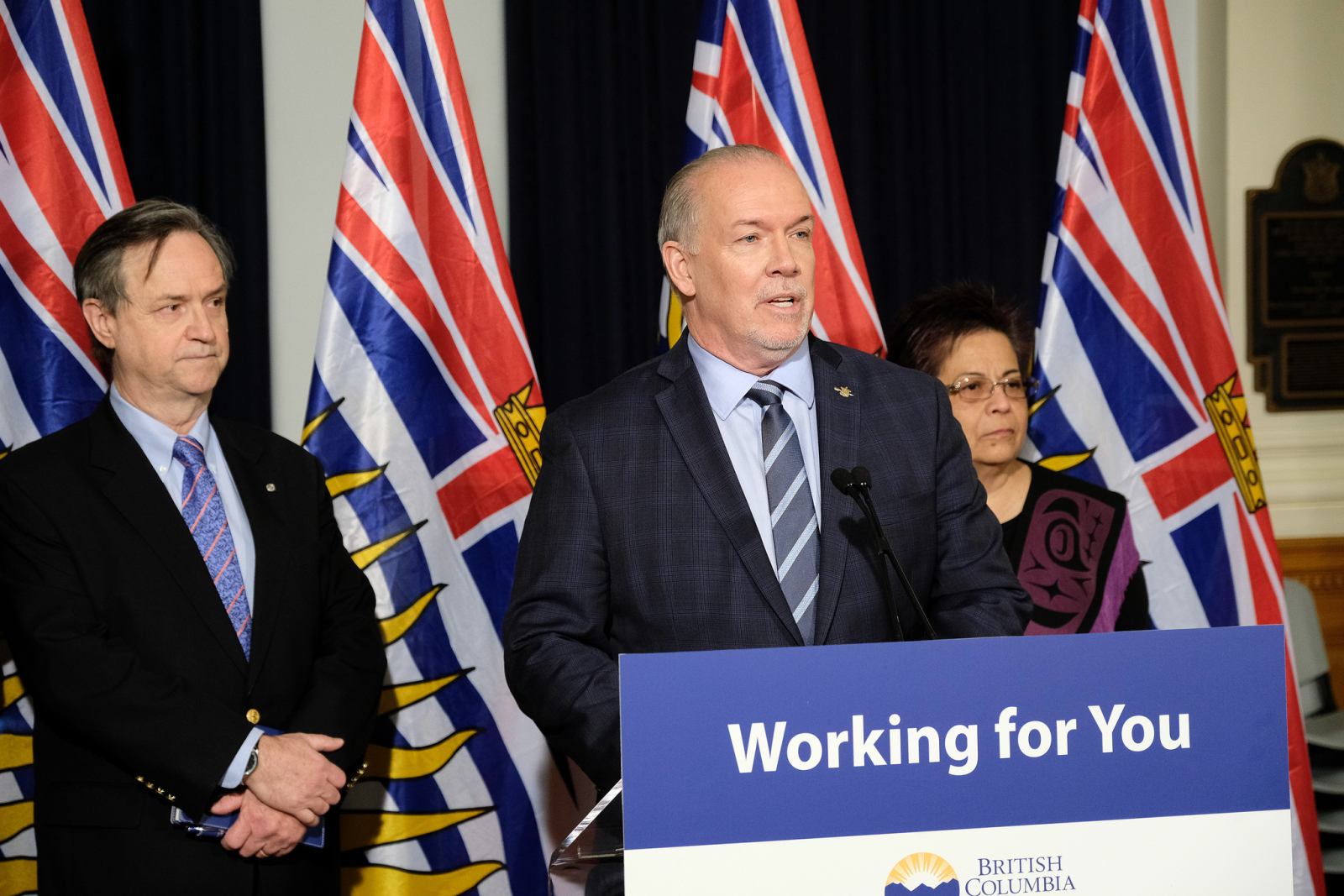 I have no doubt Abbott and Chapman will get the review done right, but the more important question is – will the government follow it?

There was a similar report done in 2003 after another devastating wildfire season – the Filmon report – but the previous Liberal government didn’t fully follow through with its recommendations.

This investigation will consider the Filmon report, particularly to see if its recommendations have been completed.

Among other things, that report called for the removal of small trees and other burnable debris in forest areas near small towns and for the use of controlled burns, both to prevent the force of future fires.

The government followed the suggestions, but only on about a tenth of the area in B.C. which the report had recommended should receive fire-prevention treatment. This was probably due to the cost; as National Observer reported in a recent story, Lori Daniels, a forest ecology professor at the University of British Columbia, estimates it will take about $3.5 billion to protect the highest risk areas of the province.

This $900,000 review will look at the economic costs and benefits of moving forward with this type of forest treatment.

This assessment also focusses heavily on the provincial response. It will look at how the province’s emergency management system worked and the province’s ability to sustain operations over the longer term in a major emergency. It will look at the capacity of local governments and First Nations to respond in emergencies and how there can be better coordination and communication.

A report with recommendations is expected by April 30, 2018. If this report recommends the same types of prevention called for in 2003, we can only hope the government follows through before another fire storm burns B.C.

Tracy Sherlock writes about the B.C. government for National Observer each week. Contact her with news tips at tracy@nationalobserver.com