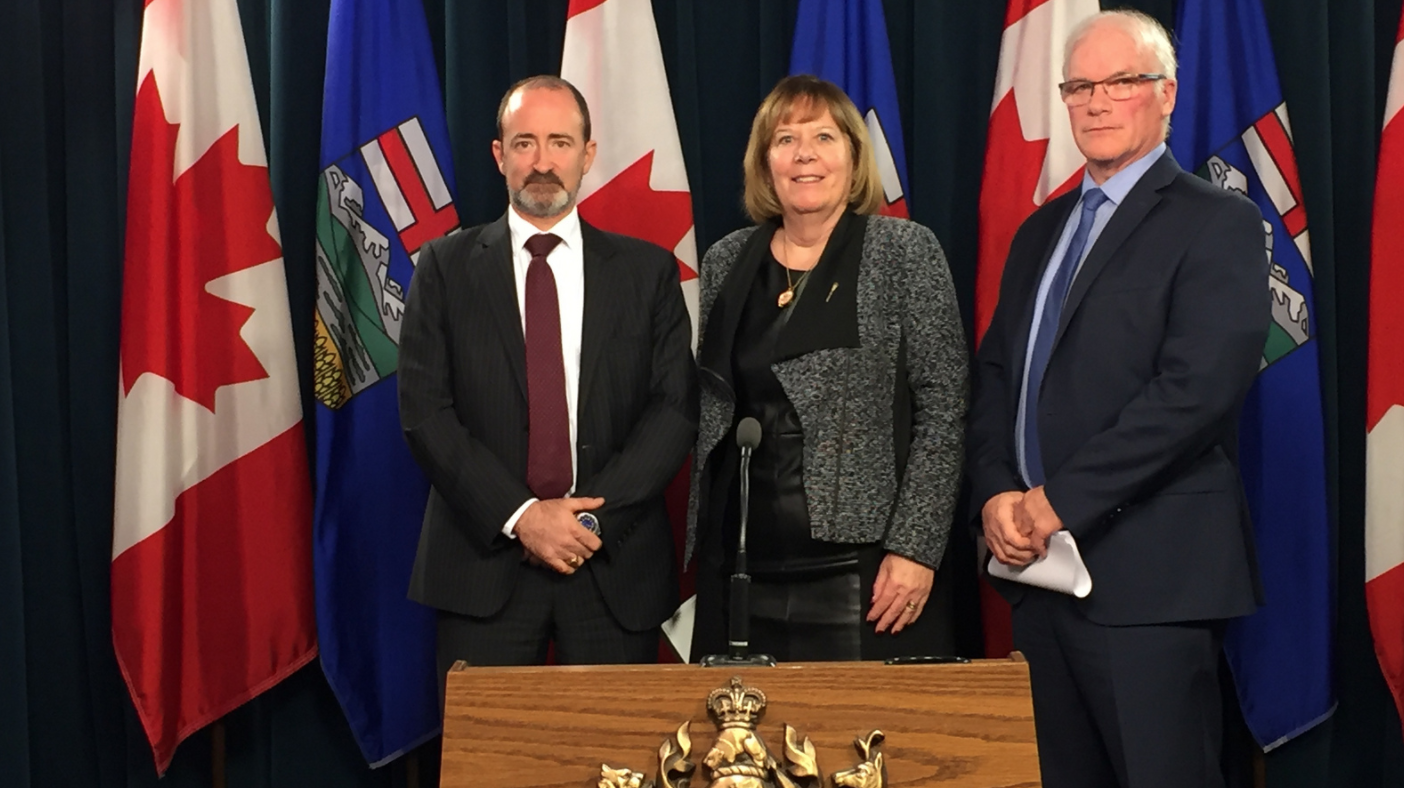 The Alberta government says it's cracking down on a handful of "bad actors" in the oil and gas industry that have left, or intend to leave an environmental mess behind after shuttering their operations.

The crackdown would come through an update to the business licensing rules, in an effort to target companies that have filed for bankruptcy protection and then abandoned wells, pipes and infrastructure in the oilpatch without cleaning them up. Licensing of oil and gas companies is overseen by the Alberta Energy Regulator (AER).

Energy Minister Margaret McCuaig-Boyd said during a news conference that the change would have an impact on any operators or oilpatch officials who have a history of going bankrupt or walking away from unprofitable operations and leaving taxpayers with the bill for the cleanup.

If they want new licenses, she explained, they would have to hand over additional financial information to the AER. The changes would also increase the discretionary power of the regulator to deny applications.

"The industry is frustrated that a few bad actors are harming the reputation of the whole sector and honestly, I don’t blame them," McCuaig-Boyd told reporters in Edmonton on Wednesday. "We're here today to tell those operators who would seek to circumvent their responsibilities that enough is enough."

Orphaned wells that are not properly sealed can leak toxins that pollute groundwater and soil. There are roughly 450,000 oil wells spread throughout Alberta, nearly a third of which are considered 'abandoned' or inactive by industry.

The industry-funded Orphaned Well Association (OWA) has taken on the task of cleaning them up. But in recent months, the association has found itself overwhelmed. As of November, its cleanup and reclamation inventory included more than 1,860 wells with an estimated value of over $100 million — more than double the number of stranded wells than it had as of March 2015.

To help speed the cleanup along, the provincial government recently gave the OWA a $235-million loan to be paid back over a 10-year period. But to make sure taxpayers won't bear additional burden as a result of industry "bad behaviour," AER president and CEO Jim Ellis said the regulator will start examining the "past performance" of anyone applying for a new license.

That includes, he explained during a press conference, any compliance issues pertaining to emissions or operations, unpaid bills, and of course, walking away from unprofitable operations and leaving others to foot the cleanup bill. Once the scan for red flags is complete, officials applying for the license will be graded on their eligibility to receive one or rejected altogether, based on risk.

The AER is still working out the kinks of obtaining that information, added Ellis, since it is not a financial regulator.

"In Alberta, we live by a simple rule: if you’re going to profit from our energy resources, you must be responsible and properly abandon the infrastructure and reclaim the site," he said. "Currently there is no control. If you’ve got $10,000, you have an Alberta address and you can put a little bit of money into a security fund, you can get a business license and you can start doing business again in the province."

While applauding the Wednesday's amendment as a "good first step" on the road to industry accountability and a cleaner environment, Ecojustice lawyer Barry Robinson said he's not sure the new measure will be sufficient to dissuade future industry wrongdoers. The province provided only a "skeletal" outline of how the AER will carry out its new licensing discretion, he told National Observer, leaving a number of questions about how it will be enforced.

“Does (the regulator) have the resources and how many companies are they going to audit to see that the financials they submitted were actually accurate? What are the guidelines for saying when a company is not eligible, or needs to post additional security? How much security?" he asked.

As it stands, Robinson said there are no rules imposing a timeline for the decommission and cleanup of inactive wells, meaning an oil company can abandon a well and tidy it up 30 years later if it pleases. There is also no requirement that companies put aside some financial security when the license is issued up front, he said.

If the government required this type of insurance deposit, it would guarantee that the money for cleanup would be there if business takes a turn for the worst.

Those are examples of missing pieces, he explained.

CAPP and EPAC get on board

The move to crack down on industry bad apples, as proposed by the province on Wednesday, was supported by the Canadian Association of Petroleum Producers (CAPP), the industry's largest lobby group, and the Explorers and Producers Association of Canada. Brad Herald, CAPP's vice-president of Western Canada operations, said it's time to put an end to companies that can "walk away" without meeting their commitment to the Albertan public.

He also said it will reduce costs to the oil and gas industry, which in the end, pays for the OWA's cleanup activities.

“We consider operating in Alberta a privilege, not a right," he said. "Enhanced disclosure of information and increased evaluation of an operator’s compliance is a step in the right direction to ensure this privilege is only granted to those companies with a demonstrated history of responsible operations.”

Herald told National Observer that he is not aware of any CAPP members who are guilty of orphaning their wells using the bankruptcy loophole.