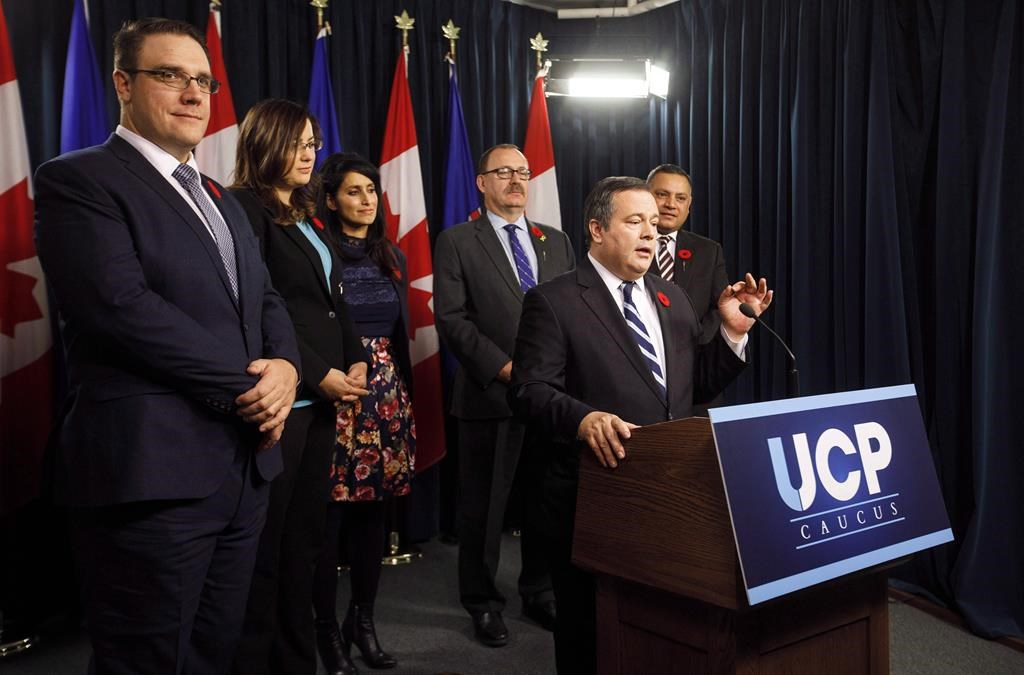 Alberta's Opposition house leader says he regrets firing an employee after she told him she was being sexually harassed, and says his caucus is committed to ending abuse in the workplace.

"The United Conservative party caucus and myself take harassment at the workplace seriously," Jason Nixon told the house Tuesday.

"I deeply regret some of the decisions that were made by myself and my organization while handling that human resources issue."

Nixon was responding to media reports that revealed a British Columbia human rights tribunal ruled in 2008 that Nixon wrongly fired employee Kori Harrison after she complained she was being sexually harassed by a client employing Nixon's jobsite safety firm.

"We were very, very disappointed at what happened to Ms. Harrison. It was not right then and it is not right now," Nixon said.

The revelation comes after Nixon stood in the house days ago to speak about concerns he had with a bill put forward by the NDP government that would toughen rules to end workplace harassment.

"I think the house leader needs to carefully consider his role in the house and the message the UCP is sending to women," Premier Rachel Notley said in the house.

"Instead of defending a woman who complained to him about sexual harassment, two days later he fired her."

The tribunal said Harrison was a single mother of three with no other means of support when Nixon hired her in 2005 and sent her to a worksite in Kelowna, B.C., to enforce safety for a client firm on a condo project.

Harrison said one of site managers began touching her on the shoulders, slapping her buttocks, making lewd comments, asking her to lower the blinds and view pornography on his work computer. At one point, she said she needed new tires and he offered to get them in exchange for sex.

She said the behaviour often left her in tears at the end of the workday.

When she complained about the harassment, the tribunal said, Nixon fired her.

Her termination letter was faxed to her harasser, who then had it passed on to her.

"Ms. Harrison was stunned and upset," said the tribunal report. "She called Mr. Nixon who she says told her repeatedly it was not his decision to let her go."

"Mr. Nixon told her that (the client) wanted her out."

“What’s going to keep women safe, what’s going to help deal with this problem is ensuring as a first step that they know they have a right to speak up and that people will support them when they speak up," Notley said.

This is very serious.
Women across Alberta will read the stories about Jason Nixon today. Many of those women will relate and they will want to know where their government stands.
I want all Albertans to know, your government stands with you. #ableg pic.twitter.com/yWwDRtOLO9

The premier referred to Nixon, who is leading the UCP caucus until party leader Jason Kenney wins a seat in the legislature, Kenney's "hand-picked political lieutenant."

Kenney is running in a byelection in Calgary Lougheed, with voters going to the polls Thursday.

In a statement, Kenney noted Nixon was 25 at the time and that the incident was occurring at a worksite not under his control.

"The record clearly shows that Mr. Nixon was remorseful about the situation, and tried to find the employee a new project to work on," said Kenney.

"When the employee declined that offer, Mr. Nixon complied with the legal advice that he received to offer the employee a severance package."

The Alberta government was debating legislation to toughen rules for employers to eradicate workplace harassment and prohibit sanctions against those who report abuse. The bill, "An act to protect the health and well-being of working Albertans," passed Tuesday evening with amendments.

Last week, Nixon told the house that the industry was already dealing with harassment and was capable of self-policing.

"Harassment policies have been in place for a very long time in most companies, and the right way to deal with it is to get the industry to address it, to work through their safety associations," Nixon told the house on Dec. 6.

Notley told reporters Tuesday it was "deeply dishonest" for Nixon to speak out against sex harassment provisions without telling the house he had once been sanctioned for firing an employee who had been sexually harassed.

Nixon told reporters Tuesday he has never argued for an industry-only solution. He says government needs to work with employers and not dictate rules from above.

Reactions range on Notley and Carr's pipeline speeches in Vancouver

OMG. Tone deaf or what?

OMG. Tone deaf or what?

Harrassment is an HR issue?!!!
He regrets firing someone for being harrassed?!!!

What he regrets is getting