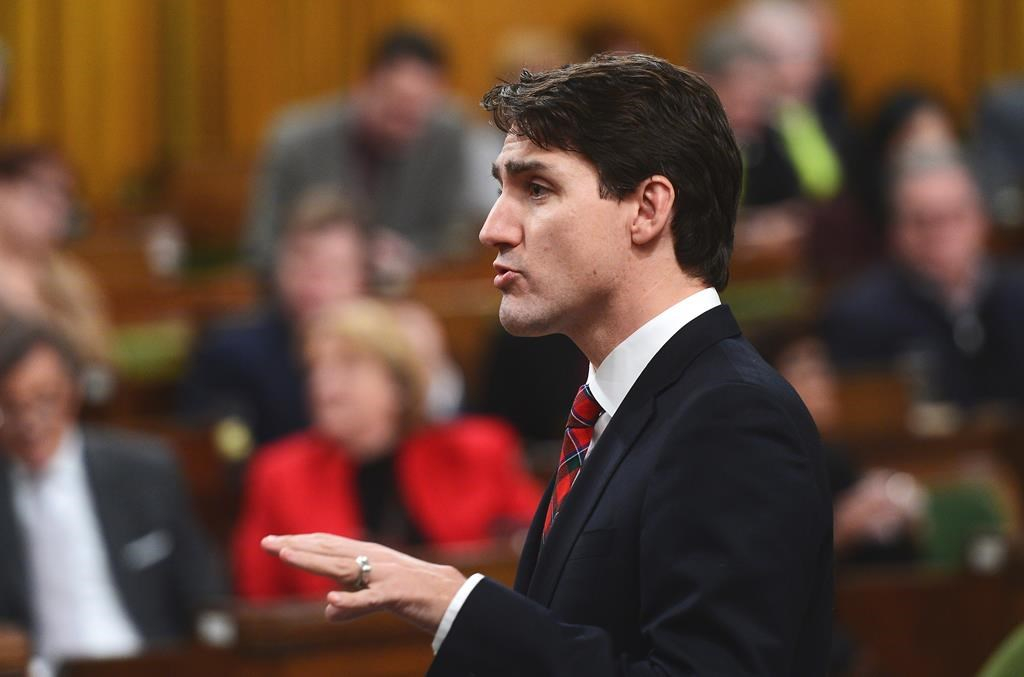 Prime Minister Justin Trudeau responds to a question during question period in the House of Commons on Parliament Hill in Ottawa on Wednesday, Dec. 13, 2017. Photo by The Canadian Press/Sean Kilpatrick
Previous story
Next story

When Prime Minister Justin Trudeau planned his holiday trip a year ago, he would have had no reason to fear that the Ghost of Christmas Past would still be haunting him a year later.

Trudeau, his family and some friends, including MP Seamus O'Regan, now the minister of veterans affairs, spent their 2016 Christmas vacation on a private island in the Bahamas owned by the Aga Khan, the billionaire spiritual leader of the Ismaili Muslims.

The Prime Minister's Office initially tried to play down the trip, refusing to say where Trudeau would spend the holiday. When it came out early in the new year that he spent the vacation in a Caribbean hideaway owned by the wealthy philanthropist, the opposition pounced.

They asked why Trudeau accepted a free vacation from a rich man whose charitable organizations, in some cases, relied on Canadian government help. The prime minister tried to brush things off, saying the Aga Khan is an old friend of his family — indeed, Trudeau wished him a happy birthday Wednesday — as well as a leader and a partner in the fight against world poverty.

He also pointed out that the Aga Khan is an honorary Canadian citizen and an honorary Companion of the Order of Canada, but none of that carried any weight with his political foes.

The saga has lingered to this day — when the government announced a new ethics commissioner earlier this week, it rekindled memories of the controversy, since Trudeau and his officials had to recuse themselves from the selection process, since he was the subject of an inquiry.

"I am proud to call His Highness both a friend and a mentor," Trudeau said in his birthday wishes. "Canada and the world are stronger and richer because of his commitment to diversity and inclusion, and to finding common ground.

"Today, Sophie and I thank the Aga Khan for all that he has done to help those in need, and wish him continued health and happiness for years to come."

Trudeau had flown most of the way to the Bahamas on a government aircraft, but did the last leg on a private helicopter owned by his host — a no-no according to government rules that prohibit ministers of the Crown from using private aircraft except when no other options exist.

Trudeau insisted that the helicopter was the only way to reach the hideaway, but then it emerged that some of his technical staff reached Bell Island on another aircraft.

The costs climbed in fits and starts as various expense accounts were reported.

The opposition kept the issue going, dragging its ghostly chains through question period for weeks.

The Conservatives complained to Mary Dawson, the federal ethics commissioner, that Trudeau's trip crossed the conflict of interest rules. She eventually agreed to look into the matter and Trudeau agreed to answer any questions she might have.

That investigation has dragged on for months. Dawson won't comment on investigations and routinely asks that those involved in such matters keep quiet until she reports.

The sanctions involved are minor, little more than a tap on the wrist, even if Dawson found a breach of the rules, but a finding against the prime minister would give the opposition more material to work into their effort to portray Trudeau as a wealthy dilettante out of touch with ordinary folks.

The latest twist to the tale comes with the appointment of Mario Dion, the current head of the Immigration and Refugee Board, as the new ethics commissioner. Opposition MPs fret that Dion has refused to commit himself to following through on existing complaints, including those involving Trudeau and his trip.

While the Ghost of Christmas Past lives on in the ethics commissioner's files, the Prime Minister's Office seems to have learned a lesson.

His office is happy to tell askers that Trudeau and family plan to spend this holiday on Canadian soil — part at the prime ministerial retreat at Harrington Lake north of Ottawa, and part in the Canadian Rockies.