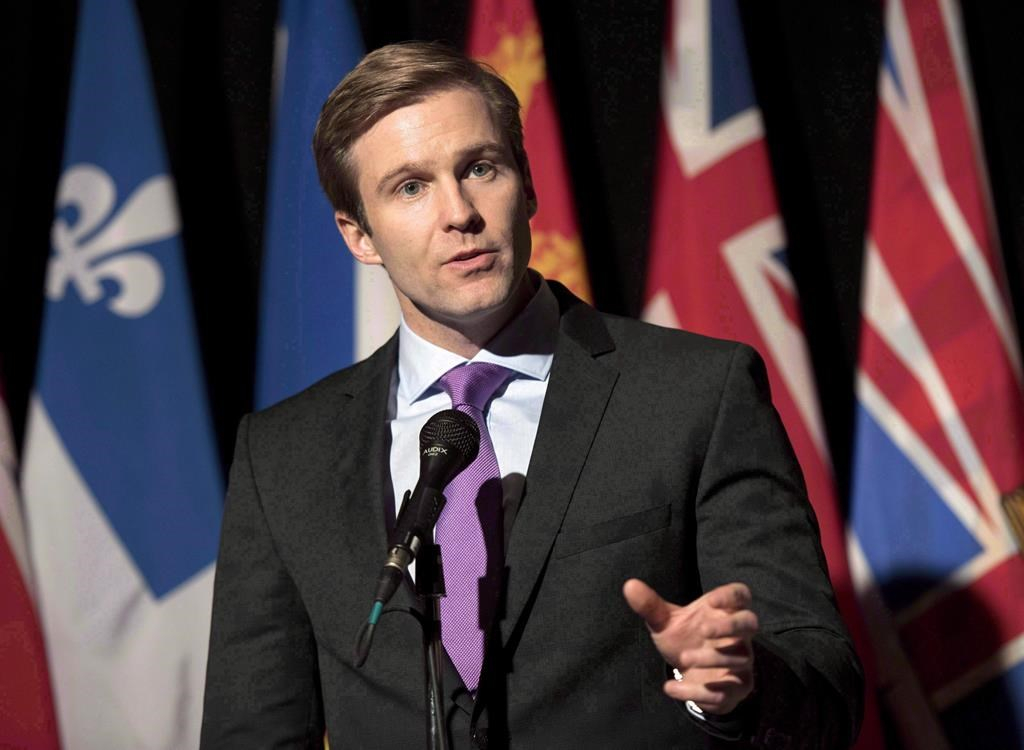 The province released a plan this week that will see existing gasoline and diesel taxes repurposed for a climate−change fund, rather than adding a new carbon tax.

But in a post on her Facebook page, McKenna says without adding a new tax, New Brunswick’s plan "does not create a new incentive to cut carbon pollution."

"Investing in climate action is great – but a carbon price does more than that. It also changes economic decisions by sending a price signal that wasn’t there before. That price signal makes pollution more expensive and rewards clean innovation," McKenna wrote.

She said Ottawa will assess each jurisdiction’s approach to carbon pricing next year, and if any fall short of federal benchmarks, Ottawa will impose a carbon tax.

But Gallant said he’s prepared to defend the province’s approach.

"With our plan we have beat our 2030 federal and Paris emission targets," he told the legislature Friday. "We are committed to eliminating coal−fired electricity generation by 2030, and we have higher gas and diesel taxes than Alberta, which is the model province used to determine the federal backstop. No other province can say all of these things when it comes to their plan to fight climate change."

Gallant later said New Brunswick increased its gas taxes in 2015 before talks on carbon pricing began, and shouldn’t have to increase the tax again.

"They are already some of the highest gas taxes in the country," Gallant said.

The federal government says the provinces must collect the equivalent of $10 on every tonne of carbon emitted in 2018, rising to $50 per tonne in 2022.

It’s estimated that will raise $37 million in 2018, rising to $180 million in 2022 when new industrial performance standards will be imposed on large industrial emitters.

Federal Health Minister Ginette Petitpas Taylor, who is also the MP for the riding of Moncton−Riverview−Dieppe, said Friday that she hopes to speak with McKenna about New Brunswick’s plan.

She said at least New Brunswick has presented a plan.

"I think from there, there may be some modifications that need to be made, and that will be decided at a later date," Petitpas Taylor said.

It's interesting. I actually

It's interesting. I actually believe that NB makes a persuasive case based on meeting their emissions targets. Compare this to other provinces in the country who's plans might never reach this benchmark.

And yet another jurisdiction

And yet another jurisdiction pretends that the climate targets set by Canada are anywhere close to adequate. We have another government more concerned about getting elected in the next 4 years than saving our environment. I mean really 2030 is so far away we can pretend we are going to meet our inadequate goals by then. We are doomed if this kind of thinking isn't changed.

And, the Federal Government

And, the Federal Government is still in love with pipelines, subsidizing the Industry, further weakening the few regulatory functions of the NEB and is way too slow in requiring Methane Reduction.
What a record that is!
I agree with Paul. And if you haven’t yet read Kevin Taft’s book, “Oil’s Deep State”, there you will discover why we have to work so hard to make any progress on Climate Change.