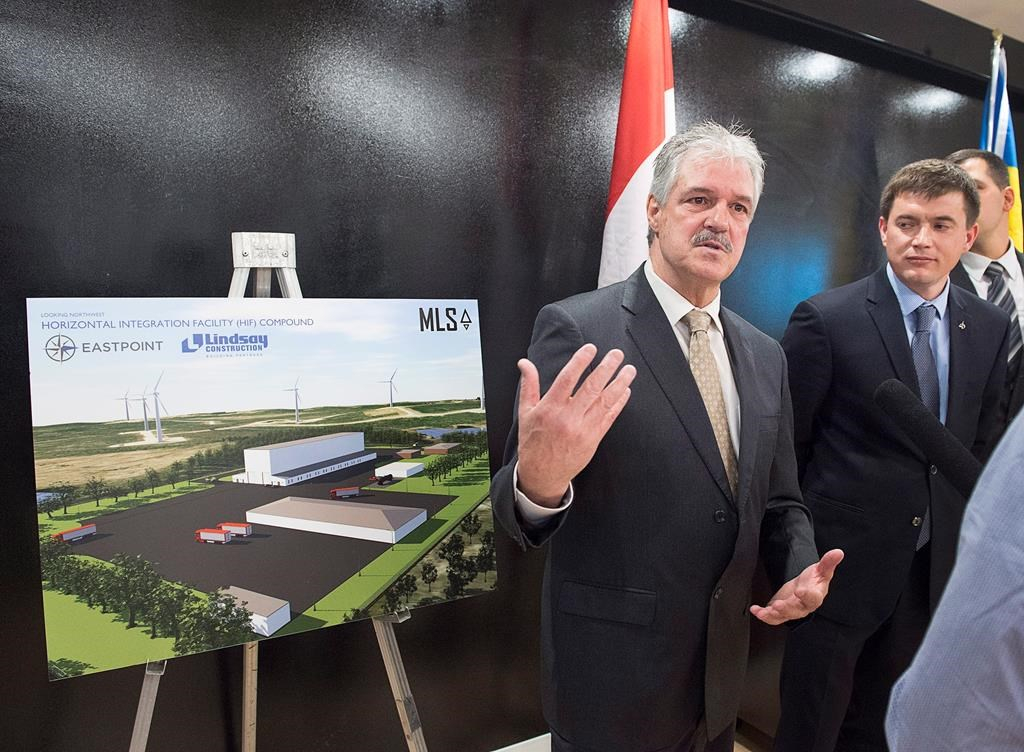 Stephen Matier and Maksym Degtiarov talk with reporters at a meeting of the proposed Spaceport project team in Dartmouth, N.S. on Dec. 11, 2017. File photo by The Canadian Press/Andrew Vaughan
Previous story
Next story

John Kearney, an adjunct professor at Dalhousie University, says he's concerned that lighting at the $200-million site could confuse birds and delay their migration.

"When you put lights in such a place, birds are attracted to those lights and recent studies have shown that they can have quite a strong impact on birds' migratory behaviour," Kearney said in an interview.

"It can result in them flying around the lights to the point of exhaustion. In some cases they can collide with whatever structure is supporting the light," he said.

In a blog post this month, Kearney said he also thinks there could be a loss of stop-over and breeding habitat for a number of bird species including the whimbrel and the willet.

Maritime Launch Services Ltd. wants to start construction next year on a launch site that could eventually see as many as 12 satellites blast into orbit per year.

Stephen Matier, president of Maritime Launch, said Kearney has never contacted his company to express his concerns or learn details of what the company is planning.

"I don't really understand what his concerns are. How can you even have issues or concerns without having some understanding what the project is actually doing or planning as far as night lighting or what have you?" Matier said from his office in New Mexico.

Matier said one of the reasons the site was chosen was because previous environmental assessments done for a neighbouring Canso wind farm showed no issues for migratory birds.

Kearney said the neighbouring wind farm actually complicates the situation, because birds could hit the spinning turbines if they are drawn to lights nearby.

But Matier said there have been very few bird kills at the wind farm since it opened.

"I think there's like half a dozen in two years, so it's not like there's any major issues that have come about as a result of the wind farm," Matier said.

He said his company is doing its own studies and hopes the province will approve an environmental assessment plan early next year.

Maritime Launch Services is aiming for a first round of launches in 2021 and 2022.

During a news conference in Halifax last week, officials said each launch of the Cyclone-4M medium lift rockets would take up to two minutes, and from three kilometres away would sound no louder than a commercial aircraft.

The project is a private-sector venture, but will require the province's environmental approvals and further regulatory approvals for launching procedures.