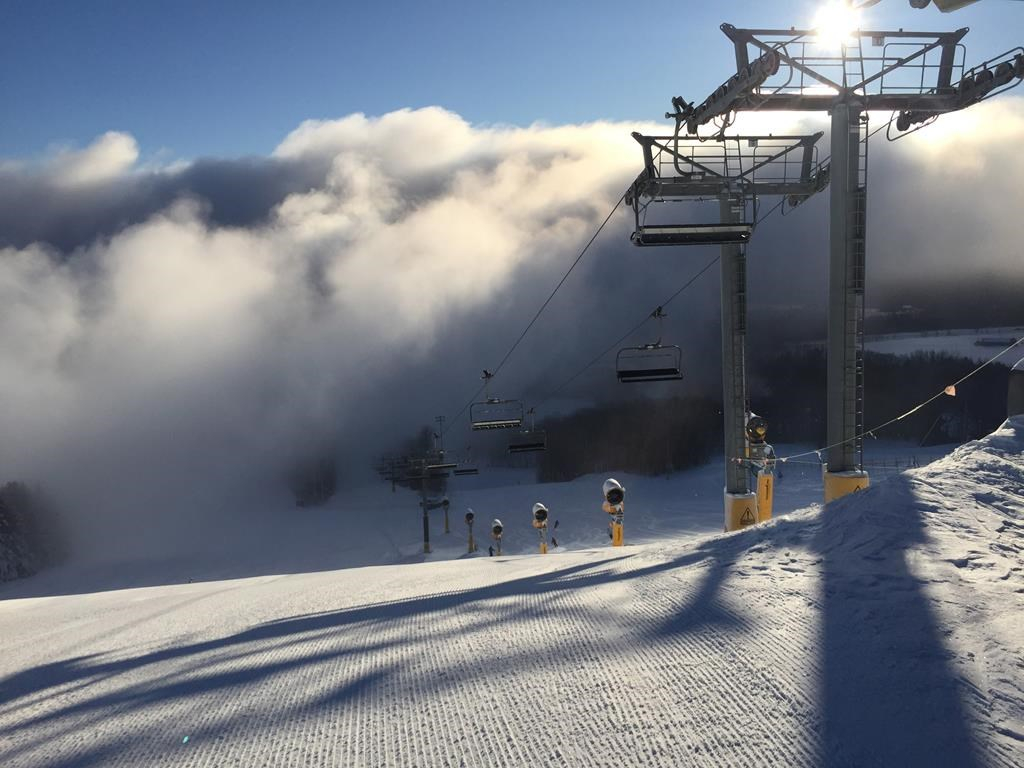 The ski hills at Mount St. Louis Moonstone are shown in this handout image on Tuesday, Dec. 26, 2017. Handout photo by The Canadian Press
Previous story

Bitter cold enveloping much of Canada has reduced the number of skiers on the slopes during the key Christmas holiday season, blunting industry optimism boosted by good early snow conditions and strong foreign visitor interest due to the weak Canadian dollar.

As Environment Canada issued extreme cold alerts for parts of B.C., Alberta, Ontario and Quebec, the Mont Orford ski area east of Montreal announced it would close for the day on Thursday to ensure guest safety. The cold snap is expected to last all weekend.

At Mont Tremblant to the north of Montreal, the slopes were active with vacation package buyers, many from the United States, according to Annique Aird, vice-president of sales and marketing.

"It turned cold here the last few days which is making it more challenging but people are dressing well and still skiing. The upside is the really blue sky days," she said.

She conceded the resort is seeing fewer day visitors because of the low temperatures.

The picture was less optimistic at Mount St. Louis Moonstone, about 145 kilometres north of Toronto, which has no onsite accommodation and relies on day skiers to fill its slopes, with about 30 per cent of its annual visits during the Christmas season.

"The 27th, 28th and 29th should be the busiest days of the Christmas holidays and our attendance so far has been about half of what we normally have," said general manager Robert Huter. He added the cold means skiers are missing out on "unbelievable snow conditions for this time of year."

In most ski regions in the West, temperatures were also in the minus 20s C.

Some hills were changing the way they offer services such as ski lessons, with more frequent breaks to warm up, because of the cold but Christopher Nicolson, CEO of the Canada West Ski Areas Association, said he hadn't heard of any closings.

He said people who pre-booked their vacations for the holidays will come anyway but the cold will discourage local skiers.

"I think overall the industry is quite optimistic we're going to have a good year," he said, pointing out the low value of the Canadian dollar versus the U.S. greenback is diverting more international guests to Canada and keeping Canadians at home.

The dollar is trading at around 80 cents US, up from about 74 cents US a year ago. It was at par about five years ago.

The exchange rate is giving Canada a big advantage over U.S. resorts, and an early shortage of snow in the western U.S. is exaggerating the trend, said Mike Colbourn, president of SnoCountry.com, an American site that tracks snow conditions at resorts throughout North America.

He said many U.S. resorts are offering discounts to better compete with their Canadian rivals.

Yves Juneau, CEO of the Quebec Ski Areas Association, said the number of U.S. visitors to Quebec ski resorts last year rose 32 per cent to 242,000, the highest in at least three seasons, and the trend is continuing this year.

He said the cold weather is hurting Quebec hills, with some reporting as much as 80 per cent fewer skiers than normal.

Some ski resorts have also been closing early or cutting back on night skiing under an arrangement with Hydro Quebec to reduce electricity usage during times of high demand, a situation also linked to the extreme cold weather.

"It's really significant. For us, the Christmas season is a portion of the year we can't miss," said Juneau. "Fortunately, we had a strong season start so that gave us a bit of a cushion."

At Whistler-Blackcomb, 120 kilometres north of Vancouver, the forecast Friday was for a high of minus 8 C, with 15 centimetres of new snow.

"We're getting hammered with snow right now and have seen 30 centimetres in two days," said spokesman Marc Riddell. "Around 96- to 97-per cent of our terrain is open."

He said snow conditions allowed the resort to open a week early this year but wouldn't comment on attendance.