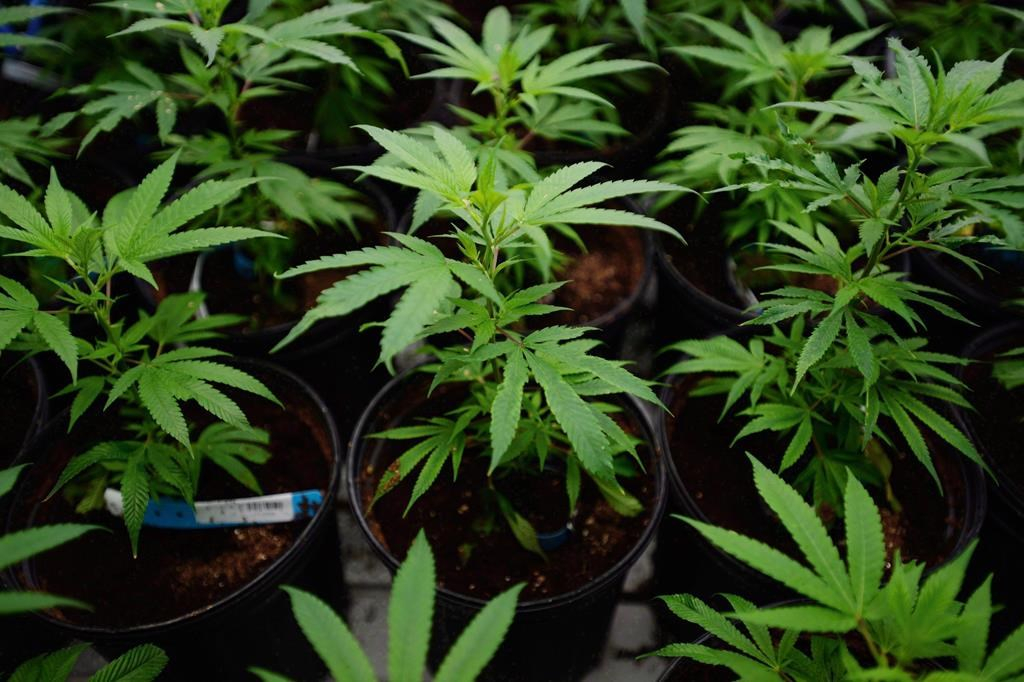 Marijuana plants are pictured during a tour of Tweed Inc. in Smiths Falls, Ont., on Thursday, January 21, 2016. File photo by The Canadian Press/Sean Kilpatrick
Previous story
Next story

Several Canadian cannabis companies had their stocks temporarily halted on the Toronto Stock Exchange early Friday afternoon due to volatile swings in trading.

IIROC said the reason for the temporary halts was the single-stock circuit breaker rule, which limits sudden price swings of major Canadian stocks.

This means that a five-minute halt of trading in a security is automatically triggered — and may be extended for an additional five minutes — across all Canadian marketplaces if the price of the security swings 10 per cent or more within a five-minute period.

"All these stocks have had a fantastic few days and months," he said. "People are likely looking to crystallize gains by the end of the year."

Canadian marijuana companies were riding high in the latest quarter as they ramped up production capacity ahead of the deadline for the legalization of recreational cannabis next summer while also extending their reach outside the country's borders.