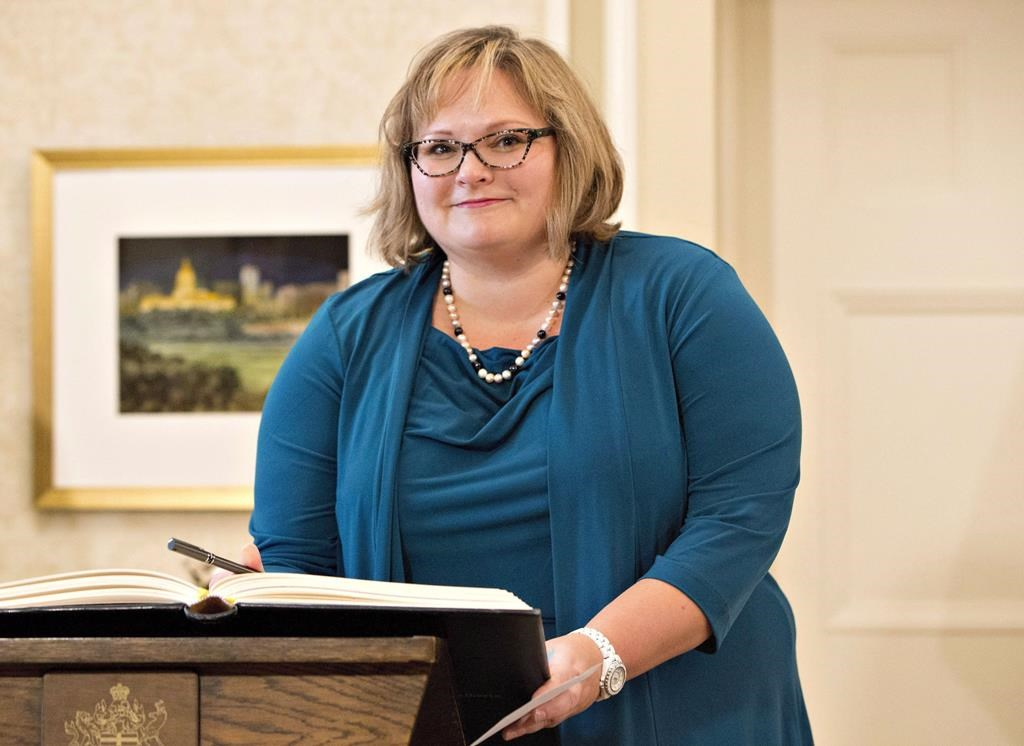 Deputy premier Sarah Hoffman told reporters there was a clear link between the approval of several pipelines last year and the tax that Alberta first introduced on carbon on January 1, 2017.

Hoffman noted the federal government was clear that its approval for the Trans Mountain pipeline expansion from Alberta to the B.C. coast was due to Alberta putting a price on carbon, as well as other pieces of its climate change policy.

Alberta's carbon levy jumped from $20 per tonne to $30 per tonne on Monday, which Hoffman says will mean an extra two-and-a-half cents per litre at the gas pumps.

Opposition Leader Jason Kenney of the United Conservative Party posted a video to social media on New Year's Eve where he gassed up his truck before the hike, similar to a video he posted last year where he did the same thing.

Kenney says the tax has already killed thousands of good paying jobs, put entrepreneurs out of business and made life more expensive for families.

"The carbon tax is all economic pain with no environmental gain," Kenney said Monday in a statement.

The province says revenue from the levy, which also includes a tax on heating bills, will continue to be invested in green infrastructure, encouraging Albertans to be energy efficient and renewable energy.

It says low- and middle-income Albertans will also see an increase in rebates the province provides to offset the carbon tax.

Hoffman noted that 2017 continued to be "tough," but said Alberta has "definitely rounded the corner" and that there were "tens of thousands of new jobs."

The government said a couple with two children earning up to $95,000 per year will receive a rebate of $540.

"I don't think it has been as shocking to Albertans on the cost side as many would want you to believe it would be. It hasn't necessarily been easy. Any time you're paying a bit more, it's a challenge," Hoffman said.

"But we've done it in a way that protects ordinary Albertans and gets us that very important environmental leadership profile that we need to ensure we have a strong economy for future generations."

He added the NDP government in B.C. was also trying to stop Trans Mountain from proceeding.

"Not one single government, party or special interest group has gone from 'no' to 'yes' on pipelines as a result of the NDP's failed tax on everything," Kenney said in the statement.

Kenney also repeated a point that the Opposition has made since the tax was first announced — that the NDP never mentioned a carbon tax during the 2015 election campaign. But in his video, Kenney's message was that the NDP told Albertans they wouldn't introduce a tax.

"This is the carbon tax they claimed they had no intention of imposing in the last provincial election," Kenney said in the video.

UCP spokeswoman Annie Dormuth said Monday that both messages are the same.

"There is no discrepancy. The NDP implementing a carbon tax they never mentioned during the campaign is a lie by omission," Dormuth said in an email.

Hoffman responded the NDP was clear during the 2015 campaign that it was going to take leadership on the environment and that it was working on details of a plan.

"Jason Kenney says a lot of things I find unusual or are contrary to the reality that we're all living in," she said. "He's been cheering for Alberta to fail and he wants to pretend that only he can put the economy on the right track."

Jason Kenny’s video at the

Jason Kenny’s video at the gas station should have shown him blowing into the nozzle. That gasbag could single handedly fill an entire pipeline!