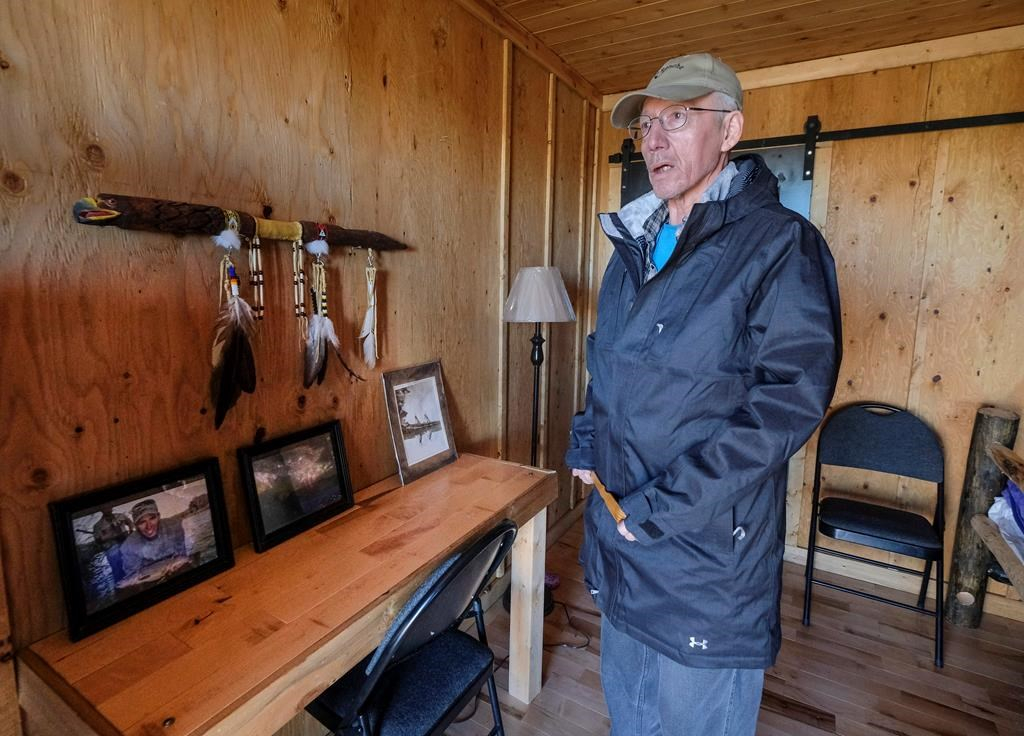 Dion Red Gun has met and overcome a daunting series of obstacles in his efforts to preserve and share his culture.

The 56-year-old member of the Siksika Reserve southeast of Calgary is deeply connected to the land. He has struggled with natural disasters, debilitating arthritis and the many challenges First Nations across Canada face in trying to start a business on the road to building his River Ranche tourism outfit.

As part of a wave of Indigenous tourism growth across the country, he's pushing ahead in part to try and preserve the stories and traditions by sharing them with those outside the community.

"That's why I'm very determined to lead a good path forward, and hopefully I'll lead a good path for the grandchildren; share the same stories that were passed down to me as close as I can to how I'm connected to the land," said Red Gun, seated next to the fireplace in his recently rebuilt lodge.

He had to rebuild because the previous lodge, built on an island in the Bow River that made it an ideal base for fly fishing and guiding, was washed away by the devastating 2013 flood.

The destruction of his business came at a difficult time. Red Gun had only just learned to walk again at the time, after undergoing surgery to address the arthritis that had confined him to a wheelchair.

He was also focused on finishing his business degree, which was made all the more difficult because his severely arthritic hands made him unable to even hold a pen.

"That was tough, tough to take. Lot of struggles."

Determined to reopen the lodge, and with help from his family, business partners, flood recovery programs and classmates at Mount Royal University, he did rebuild.

"It was a challenge, and for every door I went in, there was [someone] trying to close the door. But I had my foot in there."

The lodge is now perched on a hilltop high above the Bow River with sweeping views of the river valley, and is able to capitalize on the growing international interest in Indigenous tourism.

"As far as survival mode, right now it's global travellers coming into the neighbourhood. At Siksika, we're now able to share our own stories through tourism."

Interest is up, especially from the U.S., Japan, China, the U.K., France, and Germany, but overall has come up against a lack of capacity, said Keith Henry, CEO of the Indigenous Tourism Association Canada.

"Once they know this culture and this experience exists, it's a great differentiator, that's the business side."

"There's a softer side to this, which is the important role tourism plays as a people to people connector. And I don't think you can truly understand Canada unless you have lived some of these experiences."

He said that in the past, Indigenous tourism has been either seasonal or very special interest, but that sophisticated, internationally-viable travel options have emerged in Canada over the past ten years.

There is still resistance and skepticism from some in the community about commodifying their culture and history, but Chief Lee Crowchild, chief of the Tsuut'ina Nation southwest of Calgary, said perspectives are changing.

"We talk about tourism, about the economic benefits behind it. But more importantly, we talk about what it means for us to move our identity forward."

"We're saying this is our land, we're still here, we're not invisible. We're not the showcase Indians of the '60s and '50s, we're the real people of the land. We have lots of things to show you. And more importantly, we have a lot of things to teach you."

Red Gun said that he leaves the spiritual side of teachings to the more open-minded of Siksika elders, but he is keen to share the history and stories he learned growing up, to help keep the memories alive.

"It helps, that I can share it orally. I never thought I'd have the privilege to be sharing...I lost it for a while, but it seems the older I get, the more alert I am, the more in tune I am."