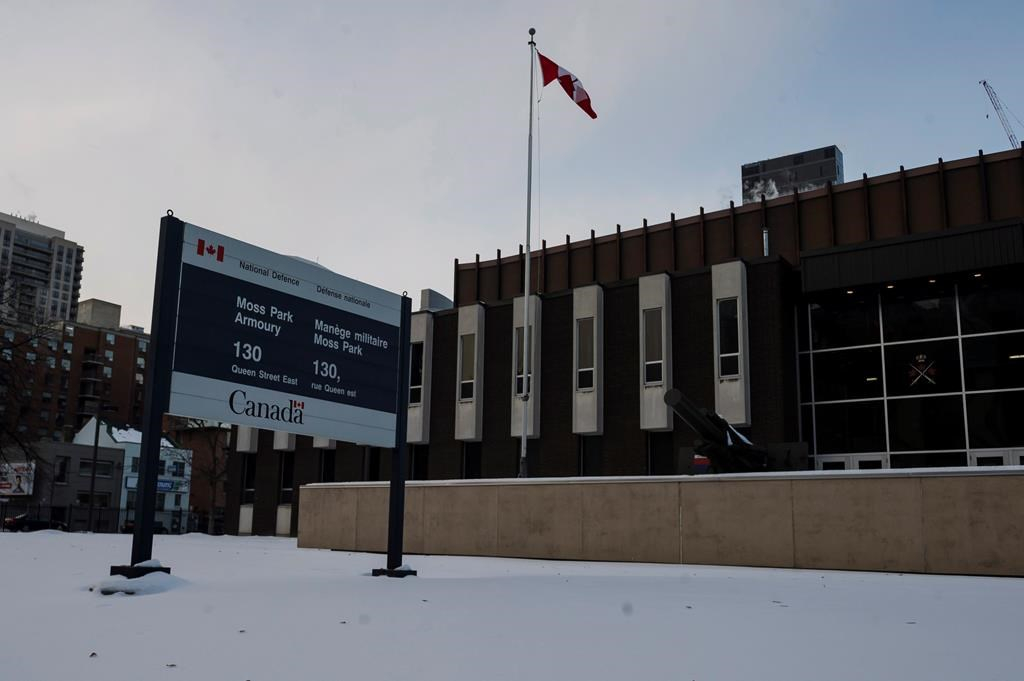 The Moss Park Armoury in Toronto is photographed on Friday, January 5, 2018. Photo by The Canadian Press/Christopher Katsarov
Previous story
Next story

Canada's public safety minister says a downtown armoury in Toronto is being opened as a temporary homeless shelter for two weeks.

The decision by Ralph Goodale comes as the city experiences an unusually frigid spell and a spike in demand on its homeless shelter system.

The federal government accepted a request from the city and Ontario to make the Moss Park Armoury available, Goodale said in a tweet on Friday.

Earlier this week, Toronto Mayor John Tory said the city was revisiting a shelved proposal to open the facility to the homeless.

Goodale said the armoury will be open 24-7 for the duration.

"We're all working together to keep people safe from the cold," Goodale tweeted.

Temperatures in Toronto have dropped to around -20 C for several nights, prompting thousands of residents to sign a petition in favour of opening the armoury.

The facility, just on the eastern edge of the downtown core, is close to a supervised injection site and near other shelters where scores of people seek refuge every day.

Tory said in a release Friday evening that city staff were working to begin providing shelter services at the armoury.

City officials said it would be operational on Monday.

The province has "indicated the availability of a nearby building that could be prepared as a winter respite site for the duration of the winter months, while the armoury is used as a temporary measure," Tory said.

Peter Milczyn, minister responsible for the province's poverty reduction strategy, said he would be meeting with Tory soon to discuss the situation and how the provincial government can continue to assist.

City data indicate Toronto's shelters were close to full last weekend with 5,460 people staying in the shelter system on Jan. 1. Another 445 people used winter-respite centres — temporary shelters opened up only during cold months.

Tory has said the armoury would add about 100 beds to an already overtaxed system that has seen demand surge by 30 per cent over the same time last year. The city has six other winter respite centres.

Last year, capacity of the winter respite system was approximately 160. This year, that number has increased to 410 with this week's addition of 50 more spaces at the Better Living Centre. With the temporary opening of the Moss Park Armoury, the total number of winter respite spaces will be 510, the city said.

An organizer for the Ontario Coalition Against Poverty called the opening of the armoury "a good step and an important victory for homeless people in this city."

Toronto has promised to increase shelter capacity by 400 beds in the coming months and to build new facilities this year.