By The Canadian Press in News, Politics | January 8th 2018
#132 of 372 articles from the Special Report: State Of The Animal 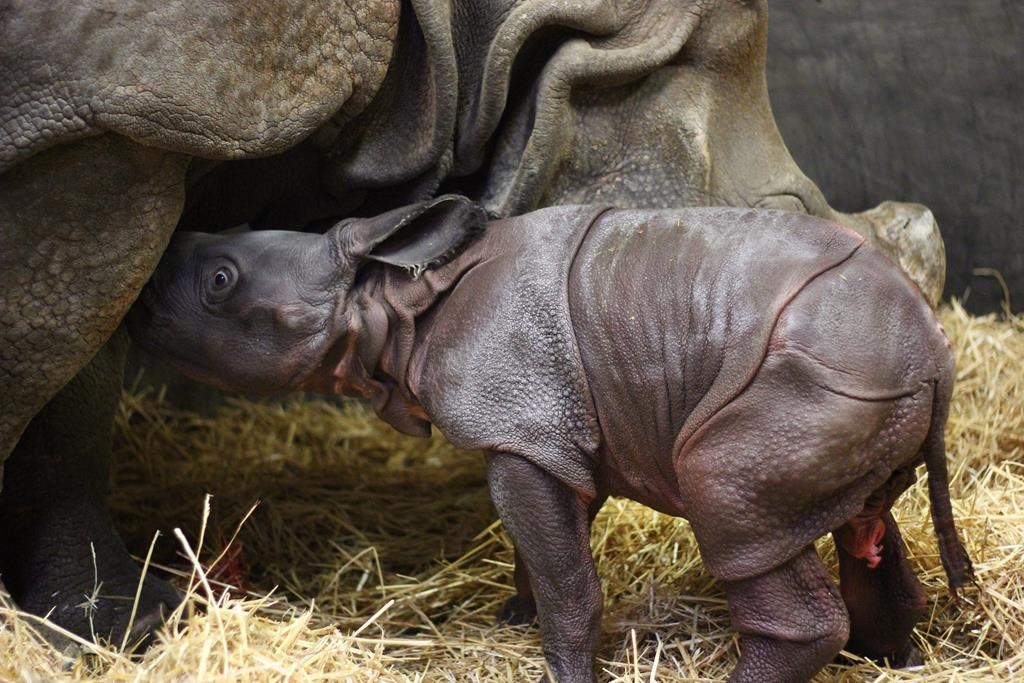 The Toronto Zoo says a greater one-horned rhinoceros calf, shown in this handout image, is its first newborn animal of 2018. Handout photo by The Toronto Zoo
Previous story

The Toronto Zoo says a greater one-horned rhinoceros calf is its first newborn animal of 2018.

The zoo says 13-year-old rhino Ashakiran gave birth to a male calf on Thursday after a pregnancy that lasted 16 months.

This is the fifth greater one-horned rhino birth in the Toronto Zoo's history.

Ashakiran gave birth to another calf in February 2016, while a white rhino was born at the zoo in December 2017.

There are about 3,500 greater one-horned rhinos, also known as Indian rhinos, left in the wild.

The zoo says greater one-horned rhinos, which nearly went extinct in the early 1900s, have been downgraded from "endangered" to "vulnerable" as their numbers have increased, but that habitat degradation and poaching still threaten the species.

By The Canadian Press in News, Politics | December 28th 2017
State Of The Animal