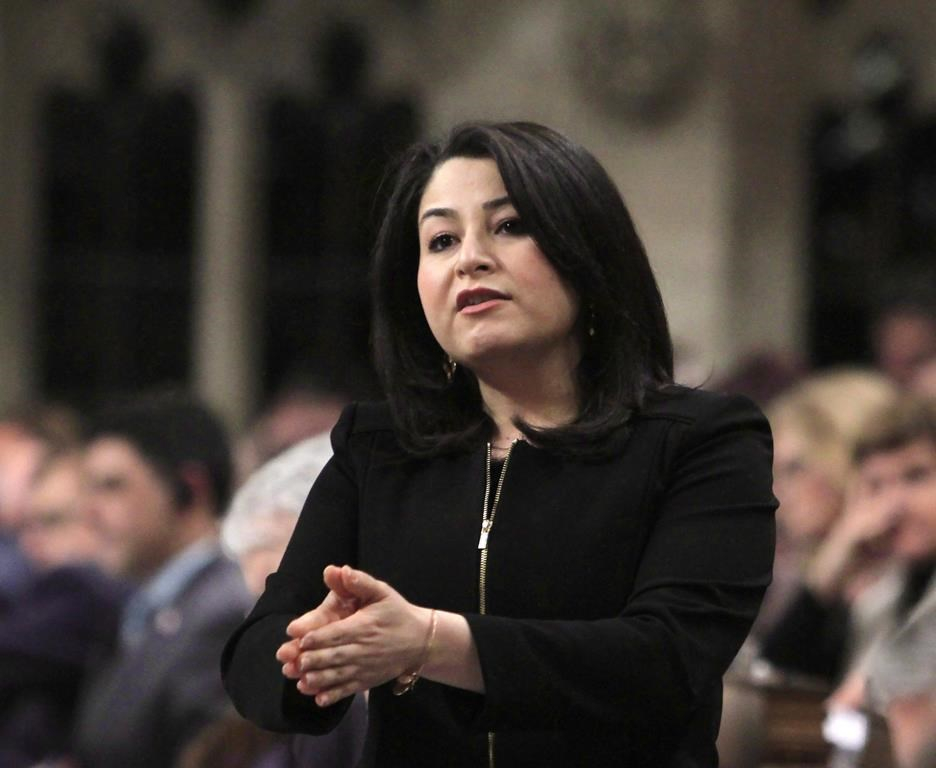 Status of Women Minister Maryam Monsef speaks in the House of Commons on in spring of 2017. File photo by The Canadian Press
Previous story
Next story

The social media movement known as #MeToo prompted people around the world to share their stories of sexual assault and harassment, but elected women on Parliament Hill appear unsure about where things are headed.

In a recent Canadian Press survey of female MPs about their experiences with sexual misconduct, 55 per cent of respondents said they believe the global conversation that grew out of allegations against Hollywood producer Harvey Weinstein marks a key turning point.

However, about a quarter of the respondents said they believe the movement could prove fleeting.

"I fear that this is only temporary because the apologists will soon come forward and say the stories are exaggerated and driven by ambitious or scorned women," said one of the 38 out of 89 female MPs who took part in the voluntary, anonymous survey.

"The balance of power and control in the world still rests with men."

Another MP expressed concern that the pendulum could swing too far.

"I believe it is a good thing that people are being exposed for past behaviour, however I am concerned that some are possibly being swept up in the fray, fired, etc., like a nationwide lynching without research into accusations."

More than half of respondents to the survey — 58 per cent — reported having personally experienced one or more forms of sexual misconduct during their time in office, including inappropriate or unwanted remarks, gestures or text messages of a sexual nature.

The survey also asked about the process for handling complaints regarding harassment, set up in the wake of allegations of sexual misconduct levelled in 2014 against two Liberal MPs who were subsequently booted from caucus and barred from running again for the party.

The process made headlines again late last year when Liberal MP Sherry Romanado expressed her dissatisfaction with the outcome after she filed a complaint against Conservative MP James Bezan regarding inappropriate remarks he made while they were posing for a photo with a veteran in Ottawa.

One−third of the survey respondents said the process is difficult to evaluate, while MPs called it a first step, but insufficient on its own. Only five MPs called it both necessary and effective.

Some MPs shared their thoughts on the process; one called it "punishing to the victim," adding that it "takes way too long and becomes public."

Another MP said: "This needs to be in place, but (it’s) frustrating that it’s used as a political tool to discredit in some instances."

The House of Commons is working to bring in−person training on workplace harassment to MPs, with about 20 two−hour sessions expected to be offered beginning next month. That’s in addition to the 620 people — including 560 MPs or their staffers — who have viewed an online harassment prevention course launched in December 2016.

Liberal MP Alexandra Mendes said she found it a useful exercise, but was also struck by how much comes down to basic good manners.

"If you learn to be courteous and respectful of others, a lot of these things wouldn’t happen," Mendes said in an interview last month.

The MPs who participated in the survey said there are many things the federal government should be doing to prevent sexual misconduct and to better respond to victims in general, both on and off Parliament Hill.

The most popular response was mandatory sexual education in schools, including on issues surrounding consent — an idea supported by 66 per cent of respondents. Nearly as many called for more awareness campaigns.

Simplifying the complaint process, training for police officers and judges and better enforcement of existing laws were also popular answers.

A couple of respondents highlighted the need to involve men — both as perpetrators and bystanders — in solving the problem, including by offering help to men who want to change their ways after years of working in a culture that tolerated what is now deemed to be unacceptable behaviour.

Another MP said it is important to focus on prevention.

"I believe that most people are good people and very few mean to be awful to people and treat people badly," she wrote. "Let’s work as hard on prevention — helping people how to be in a workplace — as much as we work on helping victims."