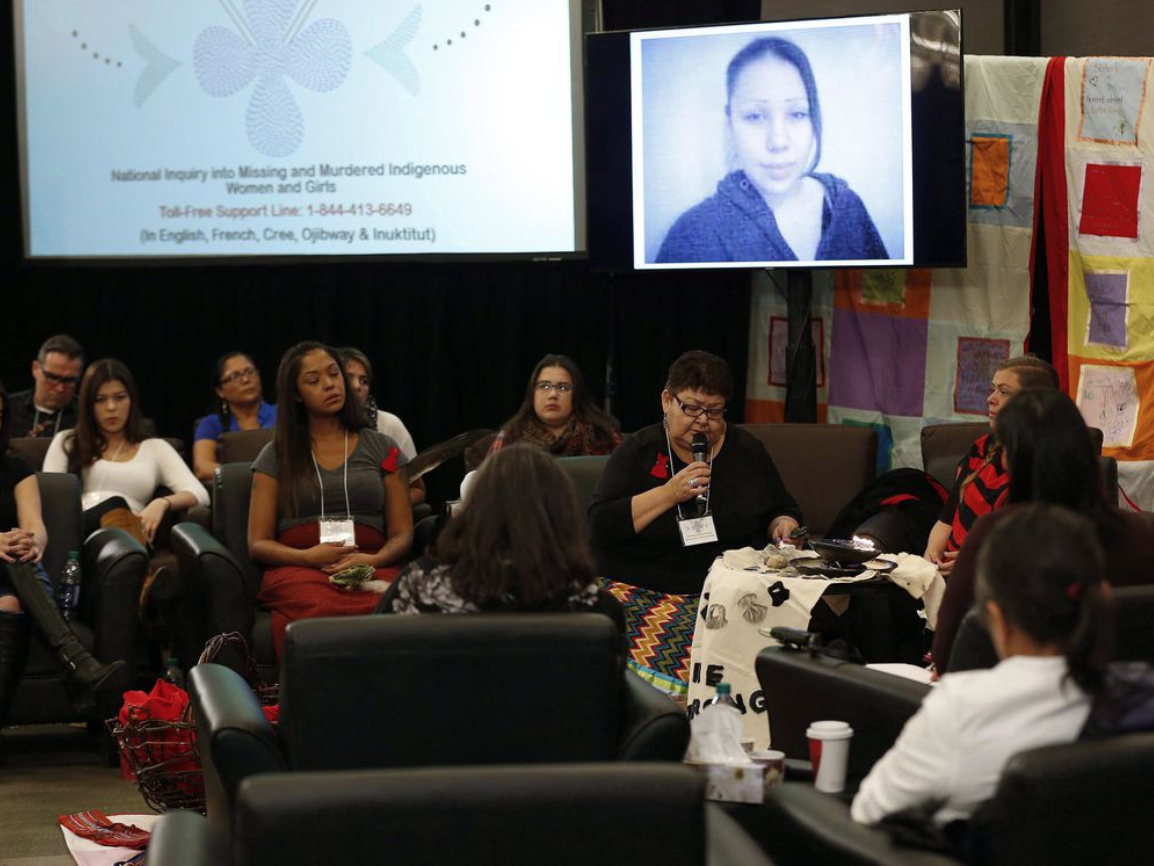 The family of Nicole Daniels speaks to commissioner Michelle Audette at the opening day of hearings at the National Inquiry into Missing and Murdered Indigenous Women and Girls in Winnipeg, Monday, October 16, 2017. Photo by John Woods/The Canadian Press
Previous story

The inquiry into missing and murdered Indigenous women and girls has lost another executive director.

The federally funded commission — plagued by many staffing changes throughout its tenure — says Debbie Reid has left the commission as executive director but it will not comment further, calling it a personnel matter.

In a statement, the commission thanks Reid for her contributions.

It says the inquiry’s work will not be disrupted during the transition that will see director of operations Calvin Wong act as interim executive director effective immediately.

The commission says it has a "sacred responsibility" to the 597 families and survivors who have already entrusted their stories to the inquiry and the 600 others registered to do so.

Reid, a former special adviser to the Assembly of First Nations, took the role of executive director in October, replacing Michele Moreau.

Federal Crown−Indigenous Relations Minister Carolyn Bennett responded to the latest departure in a statement, saying she’s worried the ongoing turnover at the commission will "distract from the work at hand."

However, while she says her department shares’ families concerns about difficulties at the commission, its independence is crucial and the government won’t be intervening.