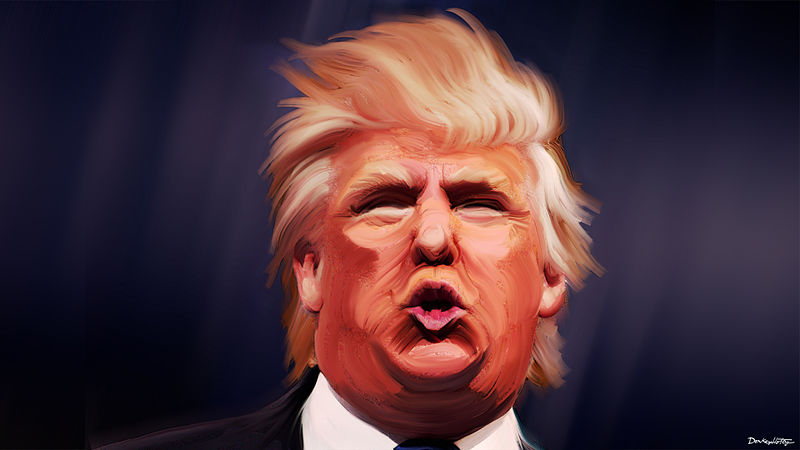 During a recent cab ride, I told my elderly Pakistani driver that I liked the Bollywood music he was playing.

He laughed and asked me where I was from. "Are you Arab? Moroccan?" he inquired.

When I told him my ethnicity, he immediately switched to impeccable Greek and we proceeded to have the rest of our conversation in that language. He told me about working with Greeks in restaurants for years and his upcoming trip to Pakistan in March. He asked me what I did for a living and if I liked Montreal.

All in effortless Greek. It's not an easy language to learn, trust me.

The extraordinary thing about this interaction (aside, of course, by the surprise of him speaking my mother tongue) is how ordinary it was. I very rarely enter a cab without initiating a conversation with my driver. It somehow strikes me as wrong to share such an intimately small space with someone and not at some level – even if for a brief moment — connect as human beings.

I don’t see strangers when I look at them: I recognize my own parents, uncles and aunts, and even parts of myself in the people I start impromptu conversations with while we drive around town. The overwhelming majority of them are folks from somewhere else.

Whether they’re from Pakistan, Haiti, France, Venezuela or the Ukraine, their stories are familiar to me as a second generation immigrant. Most of them work odd hours, odd jobs and long shifts to make ends meet. They tell me about where they’re from, when they last visited home, their families, and how shocked they are by Montreal’s potholes:

“Worse than I’ve ever seen in all of Pakistan,” one driver once told me incredulously, making me laugh out loud in the back seat of his car.

My last driver, a soft-spoken man from Burundi, works the graveyard shift because he’s completing a public administration degree at the Université du Québec à Montréal (UQAM). Imagine working all, or most of the night, then attending classes during the day. Now, imagine doing it in your second language. (French isn’t the first language of Burundi; Kirundi is. I checked).

The Haitian driver before him told me how he had originally immigrated to the United States but found Miami unwelcoming to people of colour. He said he felt a shift in public attitudes in the past decade there and decided it was time to leave. He really liked Montreal and loved that he could speak French here.

My heart sunk when news broke yesterday that U.S. President Donald Trump had expressed frustration behind closed doors about certain immigrants coming to America by asking, “Why do we want all these people from 'shithole countries' coming here?" Deep down inside, we already knew the man was racist, but to have someone in such a position of power and influence utter such a vile statement confirmed my worst fears.

The United Nations Human Rights Council agreed, issuing a statement this morning that Trump's remark, "legitimizes the targeting of people based on who they are... There's no other word one can use but racist."

The sad part is, Trump is echoing his voter base: nativists who have conveniently forgotten that their entire country was built on the backs of immigrants and refugees, and feel their completely arbitrary birth rights as American citizens give them some sort of supreme privilege to discriminate against others. In a hierarchical fashion, they imply that the “good” immigrants go over here, and the “shithole” ones go over there.

The so-called undesirable ones are usually from countries associated with extreme poverty, recent civil conflict or environmental catastrophe, and places where people are mostly black or brown, and pray differently than much of the U.S. population. How Western colonialism, imperialism, and military occupation have contributed to many of their socioeconomic problems is always glossed over, of course.

So assured is he of America’s standing as “the greatest country in the world,” that when he made those vile remarks, Trump suggested more people from countries like Norway should immigrate to the U.S. How ignorantly he assumes that Norwegians, who enjoy universal publicly-funded health care, tuition-free university, strict gun control, and paid parental leave, are somehow just dying to hop on a plane and leave.

In their eyes, perhaps the U.S. is the “shithole country.”

Politically opportunistic, generalized anti-immigrant and far-right sentiment, like the kind that Trump's words echo, leaves little room for tolerance, humanity and compassion in our world. For those vulnerable to it, it leaves no room at all to see complex, multi-faceted individuals instead of stereotypes perpetuated by bigots in the presence of someone speaking with an accent or wearing a hijab, for example.

The danger of the 'single story'

As Nigerian writer Chimamanda Adichie so eloquently put it in her TED Talk, the dangers of basing one's opinions on the 'single story,' told by a friend, family member or stranger on the street, is that it allows people and cultures to be reduced to a single narrative. “The single story creates stereotypes, and the problem with stereotypes is not that they are untrue, but that they are incomplete. They make one story become the only story."

When people share irrational fears about immigrants and refugees being responsible for terrorism, leeching off the government or abusing the system, they propagate harmful and malicious stereotypes that breed suspicion, distrust and bigotry. It becomes their de-facto reflex to think less of them, to ascribe malice to their intentions, to feel that they themselves are the victims — the ones getting the short end of the stick in an immigration 'transaction' in which the less fortunate, who have something to gain, impede on the lives of those who must inevitably have something to lose. Instead of human beings, as an extension of our shared humanity, they are deemed “the others,” arriving to threaten our way of life, our culture, our language and our value system.

When you reduce someone to a cliché, a threat or an “other,” it allows racism, xenophobia and Islamophobia to thrive. Sometimes, this beast rears its ugly head in biased media reports, like the false TVA Nouvelles report from Montreal last month claiming that a Montreal mosque ordered female construction workers away from its property. The benefit of the doubt is never accorded to "others."

According to Statistics Canada projections, by 2031 between 25 and 28 per cent of Canadians will be foreign-born, and more than 60 per cent of Toronto's population will belong to a visible minority in 20 years. The world is changing fast.

That change has the potential to strike terror into the hearts of those who want everything stay the same, and the desperate behaviour of far-right hate groups we’re currently seeing is nothing more than the death rattle of those intent on preserving their sameness. The only way they can define themselves is solely via the rejection of something else.

The choice to see beyond the familiar

I am forever humbled and awed by immigrants; by those who learn new languages, and mould and reinvent themselves into something new\ while still retaining the old. Their resiliency and ability to straddle worlds and cultures is a skill so many neither appreciate nor understand.

There are odes to immigration and immigrants to be found everywhere, if you bother to expand your reading list beyond white, North American writers. That, too, is a choice to see beyond the familiar.

In Questions for Ada, for example, ​Nigerian poet Ijeoma Umebinyuo praises international money orders and talks of taxi drivers “waking up at 4 a.m., calling home to hear the voices of their loved ones.”

In Ru, Vietnamese-born, Montreal-based novelist Kim Thúy writes about how her parents “did not see the blackboards they cleaned or the school toilets they washed or the imperial rolls they delivered. They saw only our future. My brothers and I moved forward by following the trails of their gaze.”

It's no small irony that today is the eight-year anniversary of the earthquake in Haiti that devastated the country and took more than 700,000 lives. The country's continued resiliency and dignity stands in sharp contrast to the unkind words of a pampered man who has never known a day of struggle or deprivation in his entire life. It inspires me and reassures me. I am forever grateful for the invaluable and extraordinary contributions of immigrants and am supremely confident that tomorrow belongs to their children.

You are right about who the

You are right about who the real shithole is. I personally find that Trump is someone that is very hard to find any redeeming qualities as you could about most people-even when they hold pretty despicable points of views. Actually, the best parallel I can see with Trump is the George Wallace in playing the politics of resentment and bigotry which lead to some very bad consequences for the political culture(one of which almost got Wallace killed in 1972). The fact that Trump has done what Wallace couldn't do shoes how much things have changed since then.

Any derogatory term applied to Trump is likely deservedly earned, and "shithole" is, mildly, one of them.

Any derogatory term applied to Trump is likely deservedly earned, and "shithole" is, mildly, one of them.

The White House didn’t quite

The White House didn’t quite deny it on Thursday; Trump sort of denied on Twitter Friday morning; and one Democratic senator is now on the record confirming this is what Trump said. It’s clear that Trump said something that can only be construed as racist about these countries, and he probably called it at least some of them “shithole” countries. Everything else is semantics.

This all brings to mind his

This all brings to mind his alleged previous comments on Haiti, a small island nation for which there may just be a special place in his heart. In December , the White House denied a report that Trump said Haitian immigrants "all have AIDS." The same report held that the Enormously Consensual President said Nigerian immigrants would never "go back to their huts in Africa." Nigeria is one of that continent's most advanced economies, and recently found its way out of a recession tied to the falling price of oil, the country's big-money product. But yeah, sure, "huts."

TVA Nouvelles blames its sources for false report about mosque

By The Canadian Press in News, Politics | August 20th 2017
Opinion

By Sandy Garossino in Opinion, US News, Politics | February 2nd 2017